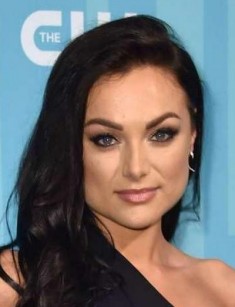 Christina Ochoa is a Spanish actress, director, scriptwriter, and producer. The TV series Modern Family is the beauty’s most popular project.

Christina Ochoa Lopez was born on January 25, 1985, in Barcelona; she is an Aquarius.

Although the girl’s appearance was notable, she was destined to devote her life to science. Christina is a great-niece of Severo Ochoa, the Nobel Prize winner, and her father, Victor Ochoa, is a famous Spanish sculptor. Thus, it was impossible for Christina to stay away from science and art: she grew up in the intelligentsia circles.

As a kid and a teenager, Christina Ochoa traveled a lot: she often visited Miami and Madrid and then came back to Barcelona. As she graduated from school, she entered the University of Las Palmas de Gran Canaria located in the Canary Islands.

It was a conscious choice. Similar to her famous grandfather, Christina was interested in nature mechanisms and chose the career of an oceanographer engineer. She also attended James Cook University and studied marine biology there.

The Spanish beauty was going to throw herself to biology and oceanology, but her artistic talents were suddenly noticed by movie and TV producers and scriptwriters. These activities were more like a hobby for Ochoa at first. Gradually, the young woman realized she enjoyed acting and decided to devote more time to the new occupation. She moved to Madrid where the beginning actress had some interesting perspectives.

As a drama actress, Christina debuted at the Little Theatre of Alexandria in Washington, D.C. She gained her first experience at the theater and combined it with the work on movies. The secondary roles in the TV projects [email protected] and I Hate My Teenage Daughter began her career on television.

In one of her interviews, the actress admitted she expected science to become her lifework, but she felt emptiness. Art gave her the chance to get rid of that.

Soon, Ochoa participated in the movie Cats Dancing on Jupiter, but directors and scriptwriters were pretty reserved and did not rush to offer her new large projects. Thus, Christina decided to make movies on her own. She founded the company QE which stands for “quantum entanglement.” In 2011, the company had the movie Stay With Me released; it was a success and won awards in American and European festivals. Christina Ochoa produced the movie.

Although the actress’s filmography is not large, Christina does not limit herself with acting. She gladly tries new spheres where she can be creative. In 2014, Ochoa directed the movie Know Brainer. The same year, she worked on the script for the series Chaotic Awesome.

In 2012-2014, Christina participated in The Neighbors and Matador. She also starred in the TV novella Modern Family until 2016. The Spanish actress became popular after the movies Blood Drive and Animal Kingdom where she took the lead female roles.

Christina Ochoa is an attractive woman. She reminds her fans of her beauty by hot photos on her Instagram page. In 2018, the actress’s pictures where she was wearing a swimsuit appeared on covers and centerfolds of the bestselling glossy magazines.

Today, the artist is single; she has no children. Christina had two relationships with actors. The romance with Nathan Fillion lasted until 2014; in 2014-2016, she was dating Derek Theler, but the couple split up eventually.

Nowadays, Christina is an actress, scriptwriter, director, producer, and model. She has tried herself in many spheres, even journalism: her first article appeared in Vogue Spain. The woman reviews books and often writes on the topics that interest her. Christina Ochoa has a personal monthly column in the Spanish magazine El Imparcial.

Despite the fact that woman is engaged in the movie and TV industry, she has not quitted science. She is a shark researcher in training and continues to improve her skills at the National University of Distance Education; she studies physics. In 2009, Christina joined MENSA, the organization that unites people with the high IQ.

Christina is also a member of the Los Angeles Committee for Science for Society that promotes scientific knowledge among people. Ochoa showed her expertise in the scientific comedy podcast Professor Blastoff. 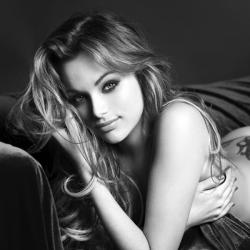