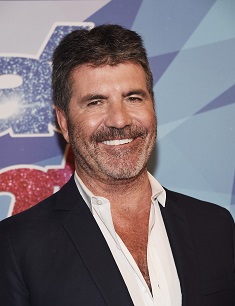 Being born to the family of the dancer and the musician, Simon Cowell intended to become a celebrity from the very infancy. During his career, he has launched several hit TV shows, including Got Talent and The X Factor which made him one of the richest people on his motherland. What is the secret of his success? Let’s know!

Simon Cowell's birthplace is London. He was raised in the family of Eric and his wife Julie alongside a brother. Also, he has several half-siblings. As for his parents' occupations, his mom was a professional dancer who transmitted her love for show-business to Cowell, and his dad served as a manager at an estate development company. Besides, the man was keen on music. Speaking about Cowell's nationality, he is of a mixed race – he has a fusion of Jewish and Polish blood.

Cowell has got a degree in psychology. Having completed his college education, young Simon had to take up odd jobs to earn a living. In 1980 he was a runner on the picture entitled The Shining. However, because of scandals with the cast and directors, he had to leave this position.

In the 1980s, Simon Cowell took advantage of his father's reputation. The latter was the owner of a recording company and introduced Simon to the music industry. Later, Cowell went to create his own recording label working with various rising stars. However, the company was closed in 1989 after becoming bankrupt.

Then, Cowell was hired as a consultant for BMG. 1995 was marked by the release of the track entitled "Unchained Melody" recorded under his guidance by two talented artists. The single happened to be successful advancing to No. 1 of the United Kingdom Hot chart and remaining there for three months. Moreover, it established a record of sells' level that year. So, the band decided not to stop and presented a collection and three more new tracks. As Cowell later shared with journalists, they earned their first $1 million that time.

In 2002, Cowell judged competitors of American Idol. Actually, he was a real critic trying to find an ideal participant of the show. Many people subsequently called him rude and ill-mannered.

In 2003 the celebrity appeared on the World Idol.

At the beginning of 2010, Simon Cowell left American Idol.

In 2001 Cowell started working as a judge of Pop Idol. The winners of the show were signed to his recording company. Due to Cowell's help, their songs became real hits bringing them an immense base of fans and a vast amount of money.

In 2004 Cowell began working as a judge on The X Factor. Remarkably, he himself was a creator of the show. The program happened to be successful, received mostly positive acclaim from its viewers. The show's winners were signed to Cowell's company and later became popular. One of the program's contestants was the collective One Direction which eventually started creating music under Cowell's help and managed to get international recognition.

Having noticed successes of his previous projects, Cowell went to create a new talent program entitled Got Talent. It allowed all talented people, including singers, songwriters, dancers, gymnasts, dancers, etc. demonstrate their abilities and become famous. America's Got Talent was shown on screens for the first time in summer 2006. Cowell worked there as a judge alongside Mel B. In one week after its release, more than 13 million people have watched the program.

As for Simon Cowell's private life, the celebrity has a long list of ex-girlfriends. In 2002 he began a relationship with Terri Seymour - the two broke up six years later. In 2010 Simon got engaged to Mezhgan Hussainy. However, they parted ways in 2011.

In 2013 the rumors appeared Cowell had started dating with Lauren Silverman. Remarkably, she was married at the moment. When her husband became aware of their affair, he filed for divorce. Later it was revealed Lauren was pregnant with Cowell’s son. In 2013 the partners tied the knot – their wedding ceremony was held in Los Angeles. They welcomed the baby in February 2014.

In 2017 the celebrity understood he had been leading an unhealthy lifestyle and decided to go on a vegan diet. As a result, he lost weight and began feeling better, as he shared with CNN journalists.

Simon Cowell’s net worth is evaluated at $600 million. Being one of the richest people in Britain, he has a collection of luxurious cars.