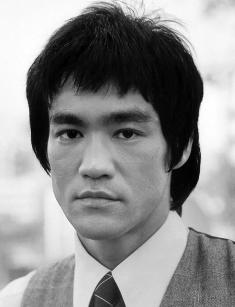 Bruce Lee is one of the most famous mixed martial artist, Hong Kong and American actor, director, producer, and scriptwriter. He became the legend who inspired many people all over the world to follow his example.

The would-be celebrity was born on November 27, 1940, in San Francisco into the family of Lee Hoi-chuen and Grace Ho. The father was a Chinese opera actor and earned a lot. According to the Chinese calendar, the boy was born in the year and the hour of Dragon; thus, he got the name “Lee Siu-lung” translated as “Little Dragon”. The Chinese believe that children must have several names to be protected from evil spirits; Bruce’s mother gave him the name “Lee Jun-fan” that meant “return again”.

The parents lived in Hong Kong and had a tour in the United States; Grace was pregnant. She was to give birth and had to stay in San Francisco. When the boy was born, a nurse offered to give the boy the American name “Bruce”; nobody remembered it until the young man moved to America.

The future actor grew up in Hong Kong. One can hardly believe it, but Bruce used to be a weak child; although he was interested in martial arts, it was not serious. Besides, the boy was not an excellent student.

At 12, Bruce Lee studied at La Salle College. The next year, he took up dancing classes and even won the cha-cha-cha competition in Hong Kong four years later.

At the age of 19, the young man decided to move to the USA and use his birthright to citizenship. Initially, Lee went to San Francisco; further on, he got hired as a waiter in a Seattle restaurant. At the same time, Bruce finished Edison Technical School and began to study philosophy at the University of Washington.

When Bruce Lee was a teenager, he decided to learn kung fu to protect himself in street fights. The parents approved of their son’s choice and took him to the Wing Chun master Yip Man. Thanks to his background in dances, the young man’s coordination was excellent, and he picked up the Tai chi basics quickly. From that moment, Lee never stopped practicing; as his quote ran,

The sportsman’s first style implied no weapon, but he learned how to use it as well; Bruce was especially good with the nunchucks.

Further on, the athlete learned judo, jujutsu, and boxing; he contributed to mixed martial arts and created a new kung fu style, Jeet Kune Do. He taught it in his own mixed martial arts school that opened in 1961 in the United States. Although the classes cost pretty much, $275 per hour, anybody could attend them; other masters worked only with Asian students.

Bruce the teacher never ceased to polish his own kung fu skills and sharpened every movement. The man created his own nutrition system; his training methods were published later and met people’s recognition all over the globe.

Bruce Lee appeared on the screen when he was three months old: it was the movie Golden Gate Girl. Thanks to his father’s connections with the artistic world, the boy often participated in movies. In 1946, he worked on the movie The Birth of Mankind; before Bruce turned 15, he got two dozen other projects in his filmography. Although none of them brought fame or income, the experience was substantial.

In the USA, Bruce Lee appeared in American TV series and movies and showed his mixed martial arts talents. In 1966-67, the series The Green Hornet was broadcast; the next year brought an episode in Marlowe. Still, Lee could not gain a lead role and left America for Hong Kong where the new studio, Golden Harvest, opened.

Bruce persuaded the studio director to play a lead part; he was supposed to stage all the fighting scenes. In 1971, the movie The Big Boss came out; it transformed the public perception of mixed martial arts in cinematography. Following the wave of success, the movies Fist of Fury and Way of the Dragon were presented; they turned Bruce Lee into a superstar.

In 1972, the actor worked on Enter the Dragon; the premiere was held six days after his death. It was the last finished project with the artist. Game of Death was another new movie with Bruce Lee: he appeared there for 28 minutes, and someone who looked like Lee played the rest of his part; the release took place in 1978.

In 1964, Bruce Lee married Linda Emery. He met his future wife at his own lecture: the 17-year-old woman visited his kung fu classes. Two children were born in this family: the son Brandon (born 1965) and the daughter Shannon (born 1969).

Unfortunately, Bruce Lee’s son died tragically. Brandon followed in his father’s footsteps and became a mixed martial artist and actor. In 1993, he was shot by accident at a movie set: for some reason, a live round had been put in the gun.

Bruce Lee died suddenly when he was only 33. It happened on July 20, 1973. Hong Kong and fans all over the world were shocked. Officially, cerebral edema was the cause of death: the actor had taken a medicine for his headache. Bruce’s body was delivered to Seattle; this is where the artist’s grave may be found.

Fans could not believe how Bruce Lee died; as a result, many rumors followed. There was even a theory that another mixed martial artist murdered him because he did not want the man to teach Europeans and Americans. Anyway, no supporting evidence was ever presented.

The actor’s net worth was $10 million.