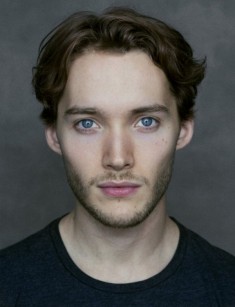 The British actor became famous for his roles in science fiction films and historical series. The actor was named one of "Top 10 New Faces & Voices" of the year after the release of the fantasy drama Mr. Nobody, in which Toby Regbo played the 15-year-old protagonist, Nemo. The film helped Toby’s career reach new heights, where success, recognition and leading roles were waiting for the young man. Viewers highly appreciated his part of King Francis in the series Reign.

Toby was born on October 18, 1991, in London. The actor's mother, Chiara Ghiggini, is a native of the British capital and has Italian ancestry, and Toby Regbo’s father is of Norwegian descent. There is an exciting family legend about the origin of the name Regbo. The real name of the father's ancestors is Hansen. However, in Norway, five in ten people have this name, and his ancestors were tired of such popularity, so the father’s great-grandfather or grandfather, changed his last name to a rare one, Regbo.

The boy has inherited his talent from his mother, whose mother was an Australian ballet dancer. Later she married an Italian ship captain. Toby was a cheerful boy, together with his younger brother Louis, he often frolicked in the park, watched cartoons and David Attenborough's documentaries about wildlife.

When they began studying, the boys had less time for leisure and games. They attended Latymer Upper School in West London. For the first time, the child showed an interest in acting there. However, the actor said in an interview that the first experience was not a pleasant one. A teacher put Toby in front of a mirror and told him to portray a plant. It initially angered the boy, but he remained standing.

Soon, Toby began to attend the drama course on weekends. At first, he did not like to study:

“They give you words, and you have to show something in 10 minutes. You have to think very quickly, but this is a good way to learn how to react immediately.”

The actor also admits that the mother helped to overcome the first difficulties on the creative path, she supported her son in all his endeavors. The woman was delighted when agents of the Young Blood Theater Company, a company supporting young talents, noticed her older child. Soon, Toby made his movie debut in the 2006 British television film Sharpe's Challenge.

In 2007, the young man played in one episode of the television series M.I. High. At the age of 18, he was into luck out of the blue because Toby was cast for a role in Jaco Van Dormael’s science fiction drama film Mr. Nobody. He played the 15-year-old title character, Nemo. Toby proved his talent having played in such a controversial film with a complex philosophical plot and brilliant acting. Critics heaped praises upon the gifted debutant, saying about his great acting future.

It soon happened. A year later, Toby played in the Harry Potter franchise. He portrayed the Young Albus Dumbledore in the film Harry Potter and the Deathly Hallows – Part 1. The actor was terribly worried, realizing all responsibility because millions of fans all over the world watched the film.

“I received hundreds of letters, the contents of which ranged from “I hope that you will succeed” to “Do not let me down; otherwise I will kill you,” the actor recalls.

It was shot in Puerto Rico and Ireland. The celebrity gave a glowing account of this work, although he had to endure a lot of tricks and action scenes:

“They pounded me. From the very beginning until the end... They kicked, pummeled, shot and stabbed me, I almost drowned.”

In 2013, Toby returned to the genre of drama, playing in the film uwantme2killhim?. In contrast to Mr. Nobody, this work received not only high praise from critics but also an honorary award. In 2013, for the role of John, the actor won the Best performance in a British feature film Award at the Edinburgh International Film Festival.

At the same time, Toby made his debut in the American large-scale historical TV series Reign describing the events of 1557-1559, the reign of Mary, Queen of Scots. The Briton played the husband of the Queen, Prince Francis, the son of Catherine de' Medici. Millions of fans watched the romantic relationships of the brilliant on-screen couple, Toby Regbo and Adelaide Kane (Mary), in the 16th century.

“This is a teen series which reflects historical events. The creators wanted to show that, despite the royal blood, Maria and Francis were just children…”, the leading actor says about the project.

The series aired successfully for four seasons (2013-2017) and brought the actor a nomination for the Teen Choice Awards. Regbo showed such a realistic medieval character that at the same time he agreed to participate in one more historical series. This time he received the offer from British cinematographers.

Toby played Æthelred, Lord of the Mercians in the project The Last Kingdom (2014-2017) about the era of the early formation of English statehood (IX century). The actor spoke in a funny and frank manner about the attitude toward this role:

“I have always played the role of perfect guys. For the first time, I portrayed an evil and bad man. It's funny. It is a new and interesting experience.”

However, Toby’s acting career is connected not only with the cinema. In 2009, the man made his debut on the stage of the Royal Court Theatre in London as Eliot in the play Tusk Tusk.

Fans of the British actor are disappointed that their favorite artist immediately becomes reserved when they ask about his personal life. Therefore, fans can only guess whether the actor plans to have a wife and children, as well as whether the rumors about the love affair of Toby Regbo and Adelaide Kane are true. At least, none of them confirmed or denied the information.

Another unconfirmed rumor about Toby is his sexual orientation. The artist’s posts on Twitter and Instagram have forced people to think about it because he actively supports the LGBT community. On Twitter (April 2012), he defined homophobia as

“the fear that gay men are doing to treat you the way you treat women and that a lesbian will treat your woman better than you do.”

In 2018, the actor's filmography included the film Fantastic Beasts: The Crimes of Grindelwald, which continues the Harry Potter film series.

Regbo’s fan group in VKontakte reports that nowadays the British actor tries his hand at an animated project. From time to time, the young man posts photos on Instagram. 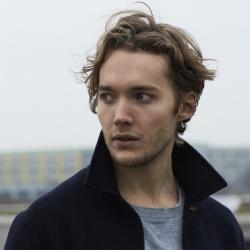