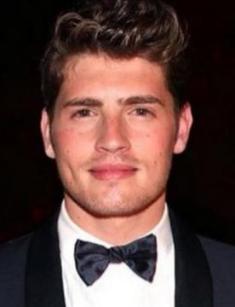 The British actor Gregg Sulkin earned recognition not only for his handsomeness but also the outstanding drama talent. The audience knows him for the Disney projects: Avalon High and Wizards of Waverly Place.

The future actor was born in London on May 29, 1992. His family was Jewish; Sulkin has both Sephardi and Ashkenazi roots. Gregg’s Bar Mitzvah took place in Jerusalem, at the Western Wall. There is no information about the young man’s parents on the Internet; only his brother’s name, Grant, is known.

Gregg graduated from Highgate School in North London. The boy was fond of soccer and wanted to become a professional athlete, but a trauma made 13-year-old Sulkin say goodbye to his dream. The actor debuted on the stage at nine when he played the role of a girl in a school performance; however, he did not think much about it.

Gregg’s mother encouraged her son to audition; he did not consider acting as something significant for him, but producers liked his abilities and appearance and offered several parts. Thus, Sulkin stepped to the road to success.

In 2002, the young actor debuted in the series Doctor Zhivago. Further on, he participated in the comedy Sixty Six with Helena Bonham Carter and Eddie Marsan.

The collaboration with Disney started with the TV show Pass the Plate. In 2008, Sulkin appeared in the popular series Wizards of Waverly Place as Mason, Alex’s boyfriend. Four seasons of the project were released, as well as the full-length movie. Besides, the artist joined the cast of the sitcom As the Bell Rings and the sci-fi program The Sarah Jane Adventures.

In 2010, Gregg received the first lead part in the fantasy Avalon High. The filming took place in New Zealand. As the young actor told journalists, it was the job of his dream: he coped with his accent, learned how to play football, ride, and fight with a sword. To play his character more authentically, Sulkin studied legends about King Arthur.

In 2011, the artist won the Hawaii International Film Festival – Rising Star Award. That period was marked with two new projects: Camilla Dickinson and White Frog. In 2013, Gregg voiced one of the characters in the comedy animated movie Frog Kingdom.

In 2013, Sulkin had a small part in the movie Delirium and collaborated with Selena Gomez Affluenza the next year. Soon, the series Faking It about two girls pretending to be lesbians was released. Gregg personified Liam Booker, the coolest guy in the school; one of the girls falls in love with him.

2015 brought the movie Life in Pieces. In 2016, the audience could see the actor in the thriller Don’t Hang Up. As the story runs, Sulkin’s character and his friends invent an evil phone prank for a young woman so that they could share the recording on the Internet and get many likes. However, there is somebody who wants to teach the prankers a lesson.

Gregg does not keep secret his numerous affairs. In 2005, he dated the American actress Yvette Monreal. Debby Ryan, Samantha Boscarino, Pixie Lott, and Britt Robertson also were his girlfriends.

In 2015, the actor dated his colleague Bella Thorne, but they split up a year and a half later. The ex-couple remained friends and sometimes go out together today. However, they do not want to be lovers anymore: right after the break-up, Bella came out as bisexual on Twitter.

In 2017, rumors had it Sulkin was seeing the Australian model Sahara Ray, the daughter of the famous surfer Tony Ray. They did not make any comments about it.

In 2018, fans were surprised by the news of the artist’s romance with Sistine, Sylvester Stallone’s daughter. It was her first significant relationship. However, they split up. The same year, Sulkin entered a relationship with the actress Michelle Randolph. The man has no kids, but he told journalists once that he dreamed of becoming a father and having many children, at least, four.

Sulkin still loves soccer – as a fan; he supports Arsenal.

“I would like to own a production company that had 30 different projects going on all at once”.

The artist goes to the gym in his spare time. He also writes poems and songs but never publishes them.

Today, Gregg Sulkin is a popular actor who continues to expand his filmography with new projects. In 2018, he participated in the comedy Status Update.

It is the story about an incredible mobile app that turned an American school student’s life upside down. The actor personified the captain of the school hockey team Derek Lowe. Besides, the young man continues to work on the series Runaways.