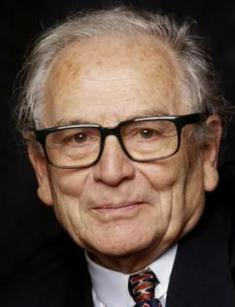 Pierre Cardin is a famous fashion designer whose name makes fashion lovers’ hearts beat faster. The daring creator and competent businessman has created a fashion empire and proved on his own example that hard work and dreams can do anything.

The future couturier was born on July 2, 1922, in San Biagio di Callalta, Italy. His family was large and not-so-wealthy. The father used to be a military man and then switched to wine production.

Perhaps, poverty made little Pierre interested in bright theater costumes and dolls wearing luxurious dresses: the boy could only dream of beautiful clothes.

In 1926, the family came back to their home country, France. 14-year-old Pierre took the first step to his dram and got hired as a tailor’s assistant. Three years later, when the young man had gained some experience and confidence, he moved to Vichy and became a full-fledged tailor at a men’s clothing store.

By 23, Cardin was a full-fledged professional; he went to Paris and worked in various tailor’s shops. The young couturier continued to practice and met new people from the fashion industry. These acquaintances proved to be useful: Pierre received the first significant order for the costumes in the movie The Beauty and the Beast.

Two years later, Cardin became the leading designer at Christian Dior; he worked there for three years and established himself as a bold innovator who ignored classic paradigms and gladly carried out artistic experiments. At that period, his iconic bubble dresses and provocative unisex clothes appeared.

Pierre Cardin’s collections raised many speculations and rumors, but admiration and the desire to get such incredible clothes were predominating. Later, the couturier was called the founder of the avant-garde style: his outfits, footwear, and bags were eccentric and appeared ahead of their time.

1957 brought the first women’s clothes collection. The success was tremendous: both strict critics and fashion lovers of all ages adored the squint fit, bright hues, and half-slim dresses. Besides, Pierre Cardin introduced tunics and glasses with unusual shapes.

The designer opened his first store, Eve, in the mid-1950s; the second shop, Adam, followed three years later. Apparently, they sold clothes for women and men. By the way, Cardin introduced multicolored items instead of dark tones to men’s fashion. Such a decision required much courage and will at that period: society was reluctant to see nonconformism.

Pierre’s love of non-standard and bright shows was another trademark. He could easily organize a runway in the street or at a store. While modern consumers are not surprised by such events, it was outrageous in Cardin’s youth.

Pierre Cardin opened his own fashion house in 1950; his childhood dream came true finally. The talented designer turned out to be a hard-boiled businessman who knew precisely what was necessary for his company; he also set prices properly.

The man became the fashion pioneer in Russian, Chinese, Japanese, and other countries. His company started producing not only clothes and accessories but also cigar lighters, alarm clocks, and even frying pans. Cardin reached his goal: his empire’s name became recognized all over the world; even those far from fashion were familiar with his logo.

In 1957, the designer went to Japan and became a professor at the Japanese Design College. Two years later, he presented a prêt-a-porter collection: the clothes available for reasonable prices for all population. The fashion community was shocked; the influential Parisian association Chambre Syndicale even excluded Pierre from its member list.

The 1960s marked unusual shapes and bright colors again. However, the couturier became less intense in his city clothes design: he understood that many people could not go to work in a gaudy costume. In 1961, Cardin gave in to traditions and stereotypes and opened the store with classic garments.

In 1966, the designer’s collections debuted in New York; the success was beyond his expectations. The new Pierre Cardin store opened in the city soon. Besides, that year brought the Golden Spinning Wheel in Germany.

In 1970, the great master purchased a theater complex in Paris and named it Espace Pierre Cardin.

Pierre Cardin’s personal life has been just as flamboyant as his models.

The designer has not kept secret his interest in men. However, there was The Woman in his life: the actress Jeanne Moreau. Many people believed the couple was married. Jeanne was his muse and somebody to worship.

The designer adored her and felt incredibly happy with her as if she had been made for him and turned something in his heart. The couple spent four years together.

Andrew Oliver became another close person for Cardin; he was his friend, supporter, business partner, and, probably, a lover. When journalists asked the couturier personal questions, he would mention he had slept with women and men and emphasize he was a free person who had been lucky to enjoy remarkable people’s love.

Despite his senior age, Pierre Cardin continues to watch his business. The brand’s collections and catalogs are presented on the official website; one can easily find new items there. The designer continues to look for new ways to develop the company.

In summer 2019, The Pierre Cardin: Future Fashion exhibition has opened in the Brooklyn Museum in New York.

Sometimes, the designer tries to sell the company and explains he does that because he has no successor; the business should go to the right hands. However, the empire has not found its new owner yet: perhaps, the price is too high: it is about €1 billion.