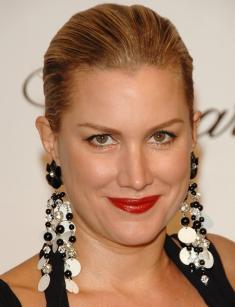 The English-American actress is famous for the TV series Lost, The Vampire Diaries, The Originals. Alice Evans was born in the USA, grew up in England, and began filming in France. At the end of the 1990s, she began conquering Hollywood and American television, showing excellent acting in drama and comedy films.

Alice Jane Evans was born on August 2, 1971, to English parents. Father David Evans was a professor of applied mathematics at the University of Bristol. Mother Janet Evans was an English literature teacher.

In the early 1970s, the couple lived in New Jersey, USA, where David was invited to lecture at Stevens Institute of Technology. Their daughter Alice was born in this city. However, the girl spent her childhood in Bristol, England, where the younger brothers, Anthony and Philip, were born.

Alice was a talented child. At the age of 3, she began learning to play the piano. She studied well at school, entered University College London, and upon graduation, she was fluent in Italian and French. Then the graduate left for France. In Paris, she studied at Cours Florent, a private French drama school.

After completing the courses, in 1996, Alice gained work in French television, getting the role of Susan in the popular sitcom Elisa Top Modele. The girl played there for a half year. Then she appeared in the Italian mini-series Three Girls from Rome (Italian: Le ragazze di Piazza Spagna, 1998). The first English-speaking role of the young actress was in the legendary TV series Highlander in 1997. Alice played the role of immortal Kyra in one of the episodes of the sixth season, entitled Patient Number 7.

In 1999, the English actress celebrated her progress when she got the first role in the feature film. It was Olivier Schatzky’s comedy Monsieur Naphtali, which influenced her success in some ways. In this film, the pretty blonde was noticed by Oscar-winning French director Claude Lelouch who invited Alice to play one of the leading roles in his new movie One 4 All (Une pour toutes) (1999).

Evans played Macha, one of three actresses who made a plan after the unsuccessful production of Anton Chekhov’s play Three Sisters. They decided to get money out of rich people to make a film about their lives. The film was not a huge commercial success but received good reviews from critics.

The following year, the actress got the first significant role in Hollywood. The producers of the Walt Disney studio cast her in the role of Chloe Simon in the comedy 102 Dalmatians. In the film, Evans fought against the characters of Glenn Close and Gérard Depardieu.

In 2003, the actress moved from Europe to Los Angeles to pursue an acting career. The same year, she starred in Mel Smith’s film Blackball, playing one of the leading roles alongside Vince Vaughn and James Cromwell. Evans also made her debut on American television in the TV series CSI: Miami.

In 2004, Alice played in the thriller Fascination directed by Klaus Menzel. Her heroine Kelly helps Scott, the title character, to investigate the death of his father, but soon their business partnership turns romantic. The film was a box office flop and did not make Alice famous. However, the young woman was not in despair and began to seek new roles.

In 2006, two films with her participation were released. These were the little-known film Hollywood Dreams and the TV movie The Christmas Card. In the last project, Evans played one of the best roles in her acting career. She portrayed Faith Spelman, a widow of a soldier from Nevada, whose husband was killed during the war in Afghanistan. His fellow soldier Cody Cullen returned her latest Christmas card and fell in love with Faith.

Soon Alice managed to make it into one of the most famous TV series of the 2000s, Lost. The television project aired since 2004, showing very high ratings each year. To appear in it meant to prove her popularity. Alice got the lucky ticket in 2009, playing younger Eloise Hawking. Evans’s heroine appeared in 3 episodes of the TV series.

Another work on television of the attractive blonde was a role in the new super popular drama The Vampire Diaries. From 2011 to 2012, Evans played Esther Mikaelson, the witch who created the Original Vampires.

In 2012, the English woman starred in the fantasy series Grimm. Evans’s character, Mia Gaudot, is an influential royalty, who arrives in Portland, allegedly for the sake of Captain Renard, with whom she had close relations for many years.

One of the latest television films in Alice’s filmography is the project The Originals, which is the spin-off of The Vampire Diaries. In this series, the actress also plays Esther Mikaelson.

There is little information about the actress’s personal life before marriage. When she lived in Paris, the woman dated Olivier Widmaier, the grandson of Pablo Picasso.

On the set of the comedy 102 Dalmatians, Alice met actor Ioan Gruffudd who also appeared in the film. It was very difficult to shoot because her mother had died of a heart attack the day before the actress was cast in the role. The woman did not know that her daughter would play the title role because Alice wanted to surprise her.

Now, Alice lives in Los Angeles with her husband and children. There are photos of the happy family on her Instagram page. Moreover, Alice shares her thoughts on her microblog on Twitter.

In 2018, Alice Evans appeared in the short film The Liquid Psychologist.

The actress admits on social networks that she has many creative plans for 2019, and now she is preparing for their implementation. 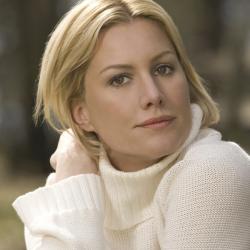