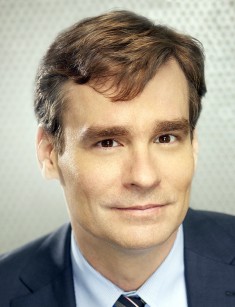 American actor Robert Sean Leonard became world famous for the role of Dr. James Wilson in the top-rated television series House. According to the statistics in 2013, 80 million viewers watched the series. The medical drama was included in the Guinness World Records, and all the actors who starred in it became stars. Robert Sean Leonard, who played the leading role in all eight seasons of the series, became famous overnight.

Fans of the series and the actor often do not know that the theater plays the leading role in the creative career of Robert Sean Leonard. The American won himself a name on the Broadway stage, and shooting in “soap operas” is bad manners for theater stars. But after appearing on the screen, TV viewers in America, Europe, and Russia found out about the actor.

Robert Lawrence Leonard is the real name of the actor who was born in February 1969 in northeastern America, in the state of New Jersey. He grew up in a family where neither his parents nor distant relatives were connected with acting or any other kind of performing arts. The mother worked as a nurse, and the father was a Spanish teacher.

The future artist was born in Westwood, but Robert spent his childhood in Ridgewood, a suburb of New York. Robert Sean Leonard graduated from high school and became a student of Fordham University, a private institution, but soon transferred to Columbia University which was the most prestigious in America, choosing the School of General Studies.

Relatives and friends call him Bobby. He became interested in acting during his teen years. When he was 12 years old, Bobby Leonard came on the Broadway stage, and at the age of 16, the American theater-goers knew the name of the talented actor well. The theater became the main occupation in Leonard’s life, so after graduation from Columbia University, Robert focused on the stage.

Having won a name on the stage, Robert Sean Leonard tried his hand at cinema. The theatre actor appeared on the set thanks to the influence of childhood friend Casper Van Dien, famous for his role of Johnny Rico in Paul Verhoeven's fantasy movie Starship Troopers.

Like most of his young colleagues, 17-year-old Leonard began his acting career with bit parts in low-budget projects. He made his debut in the fantasy comedy The Manhattan Project, released in 1986. Then there were small roles in the comedy film My Best Friend Is a Vampire and the science fiction series The Twilight Zone.

Robert Sean Leonard was lucky two years later when he appeared in Peter Weir's drama Dead Poets Society, where he was offered to play a sensitive student, Neil Perry, who had committed suicide. The film has become cult-favorite for intellectuals in America and Europe and was nominated for the Academy and Golden Globe Awards. Robin Williams, Ethan Hawke and Josh Charles starred in the drama. Leonard played the title character of the film with such an outstanding cast.

The decade that followed the triumph of the movie did not bring Robert Sean any great success or annoying defeat. In the early 1990s, Leonard starred in the drama Mr. & Mrs. Bridge. To avoid confusion with another actor, Leonard replaced the second name Lawrence with Sean. Robert has used the name of his brother.

In 1993, the comedy film Much Ado About Nothing directed by Kenneth Branagh premiered. It is a screen version of the play of the same name by William Shakespeare, where Robert Sean Leonard got the role of Claudio. The comedy starred a lot of famous actors. Kenneth Branagh played Benedick, and Emma Thompson portrayed Beatrice. Keanu Reeves, Kate Beckinsale, and Denzel Washington got the title characters.

The actor played the next significant role three years later in the drama Killer: A Journal of Murder. At the end of the 1990s, Leonard worked in the action movie Ground Control, where he played the title character. In the early 2000s, the American actor starred in the science fiction anthology series The Outer Limits, the melodrama Tape, starring Uma Thurman, and the drama Driven with Sylvester Stallone.

During these years, Robert Sean Leonard did not stop performing on the theater stage and achieved remarkable success. In 2001, the artist won the Tony Award for his work in the play The Invention of Love by Tom Stoppard. The glory waited for the actor in 2004. David Shore decided to shoot the medical drama about the brilliant doctor (diagnostician). The key idea of the project was similar to the story about Sherlock Holmes, where the latter searched for a killer, but in this case, the killer was a disease.

Robert Sean Leonard was the first to be cast in the series. Soon Hugh Laurie appeared in the project, and the director saw him as the genius doctor. Lisa Edelstein, Jesse Spencer, Omar Epps, and Olivia Wilde played the head physician of the clinic and Dr. House’s assistants. Robert Sean Leonard appeared as House's best friend, oncologist James Wilson, in all eight seasons.

Dr. Wilson is a character with a delicate and at the same time strong character. He is the one who is not afraid to object to the willful genius and speak an uncomfortable truth. Viewers saw the duet of House and Wilson as an example of real male friendship, which was harsh but touching at the same time.

Although critics were skeptical, the series became a smash hit and aired for eight seasons from 2004 to 2012. Millions of viewers around the world have become fans of the series, and other directors shot similar TV series. Robert Sean Leonard and Hugh Laurie, who is ten years older, have become friends over the years of filming.

The first seasons of House made Leonard world famous. After the end of the shooting, the American appeared in the series Falling Skies, The Blacklist, and Battle Creek. None of the projects was as successful as House. The actor received three Tony Award nominations in the theater.

In the mid-1990s, Robert Sean Leonard met athlete Gabriella Salick. Their love affair turned into marriage 18 years later. The couple had not been in a hurry to change their condition before. Robert and Gabriella decided to marry in 2008, and a year later their daughter Eleanor was born. Now, the couple has two daughters: Eleanor Leonard and Claudia Leonard.

Leonard's height is 1,83 meters. The actor is a left-handed person. In addition to Hugh Laurie, his friend is Ethan Hawke. They met on the set of Dead Poets Society. Robert Sean Leonard founded the theater company together with Hawke.

The actor continues to perform on the Broadway stage and film in movies. From September 2009 to May 2016, the series The Good Wife was broadcast on the CBS channel, in which Leonard appeared.

Viewers liked the legal drama so much that in 2015, the creators, Robert, and Michelle King, renewed the project for the seventh season.

In February 2017, the spin-off titled The Good Fight premiered. Robert Sean Leonard is not a fan of social networks. His Instagram and Twitter pages are most likely fake. 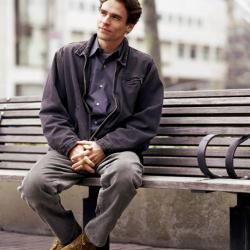