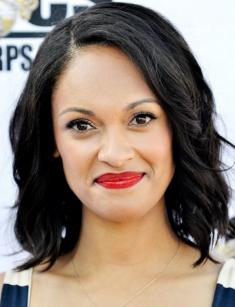 Cynthia Addai-Robinson is an American actress famous due to her roles in full-length films and the series. The movies Colombiana, Arrow, Star Trek: Into Darkness have brought her popularity and her participation in the projects like The Vampire Diaries, Shooter, Law & Order strengthened her positions among the artists.

Cynthia Addai-Robinson was born in London on the 12th of January 12, 1985. The girl is a Capricorn by her zodiac sign. The girl's father is American, and her mother is a native of Ghana. When Cynthia turned four, her family relocated to another place and moved to the USA. Addai-Robinson settled in the District of Columbia, in the city of Washington.

Her parents tried to create all necessary conditions so that their daughter could have the opportunities to realize her talents and to choose the sphere of activities to her taste. The girl was engaged in the ballet and choreography; she had fancy for art. She paid special attention to the music, that’s why at present she can play the flute.

The girl had both classical and unusual activities among her hobbies. For example, the future actress attended training on the hand-to-hand combat what turned out to be useful more than once during the movie-making process.

After Cynthia had graduated from the school, she was admitted to Tisch School of the Arts, and then to Lee Strasberg Theater Institute. Having received the professional education and Bachelor’s Degree, Addai-Robinson became the actress and was looking for ways of self-realization in this sphere. At the beginning of 2000-s, she got lucky. The producers of the series The Education of Max Bickford noticed the beautiful girl with the talent in acting skills and invited to play the episodic role.

Cynthia began her career from the roles on the television. After the debut there followed the new episodic parts in the series Law & Order and CSI: Miami. In 2007 the director of the project Life offered to the actress a more serious work: a secondary role. Gradually, people began to recognize the actress and to note her acting skills in the shot. At first, they paid attention to her bright appearance, and then her skills and ability to transform into the character.

A couple of projects preceded Cynthia's appearance in the role of the full-length cinema. She received this role in the film under the title Colombiana released in 2011. On the screen, the actress embodied the girl called Alicia. In childhood, the heroine became the witness to the murder of her parents, and since then she had an idea of revenge. She combined her ordinary life with the secret one about which even her beloved man had no idea. Alicia turned out to be an experienced killer, and she took the vengeance.

The actress became popular after the role in the historical series under the title Spartacus: Vengeance in which she performed the role of Naevia. In this role, Cynthia replaced Lesley-Ann Brandt and embodied on the screen the character worth of the public's trust. To be correspondent with her character, the girl attended the complete course of special preparation for the military personnel of the New Zealand Navy.

Cynthia gained new admirers due to her severe image of the warrior. The producers started to invite her to take part in the new movies, among which was the picture Startrek: Into Darkness and the series The Vampire Diaries. The roles in these series were insignificant, but the scale of these projects explained her agreement for cooperation.

Since 2013 till 2016 the actress played the antagonist of Amanda Waller in the TV series Arrow. This was the leading role for the actress. The year 2015 brought Addai-Robinson the participation in the project Texas Rising. From 2016 Cynthia became a part of the series Arrow which shootings are still realized in 2019.

In spite of the fact, that Cynthia Addai-Robinson has a status of media personality, she prefers to keep her life in a secret. There are only some crucial facts from her biography which are known to the press. And at present, the actress isn't ready to share more details with the public. One can hardly call the actress a reserved person, as her Instagram is open to everybody who is interested in her. Judging from the published photos, one can easily assume that the actress doesn't have children and husband. Cynthia is not a fan of frank photos, that’s why in her profile she doesn’t have nude photos. However, she has some shots in a swimsuit.

At present Synthia, Addai-Robinson dedicates most of her time to work. On her Instagram, she often publishes promo-materials for the projects in which she is engaged. Moreover, the actress likes spending time with her friends actively and travels a lot. Her good command of English, Spanish and Italian languages contributes to it.

Cynthia often becomes a member of the official events and appears on the red carpet.

The talented actress continues to enrich her filmography with the works in the new projects. Cynthia is demanded on the television as well.

In 2018 she cooperated with the participants of the series Arrow. 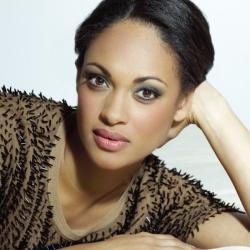