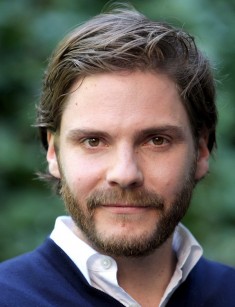 The outstanding German actor, Daniel Brühl, plays in both famous Hollywood movies and little-known independent films. The handsome and charismatic man easily wins the hearts of fans and has gained the respect of colleagues. He debuted as a child actor, and when he turned 40 years old, Daniel became one of the most in-demand actors in Germany.

Daniel César Martín Brühl González Domingo (Daniel Brühl) was born on June 16, 1978, in Barcelona in a multi-ethnic family. The father, Hanno Brühl, was a German director and documentalist. His Spanish mother, Marisa González Domingo, worked as a teacher. He was born in Spain because Marisa did not trust the German doctors. After the birth of the boy, the family moved to Cologne, where he spent his childhood.

In addition to Daniel, a brother and sister grew up in the family. The parents wanted their children to speak native German and Spanish. However, the boy took it a step further. He studied at the Dreikönigsgymnasium, the oldest school of Cologne, where children, in addition to the state language, studied English and French. Moreover, the diligent student mastered Portuguese and Catalan on his own.

He showed acting skills in childhood and began to participate in theatre productions at school. Little Daniel often goofed on his parents, pretending to faint. He especially liked to portray the dead, and the actor later admitted that he played such roles perfectly because the mother always screamed in panic when she saw the dead son.

Brühl began his acting career in 1992, making a debut in the TV series Freunde fürs Leben. The teenager got a role thanks to a children's talent agency. In 1995, he played the role of a homeless child in the popular soap opera Forbidden Love. At that time, the aspiring actor played in films directed by students of the stage management department, and critics often praised the talent of the young man.

His international recognition came eight years later. In 2003, director Wolfgang Becker invited him to play the leading role in the tragicomedy Good Bye, Lenin! The film tells about a German family that lived during the unification of Germany. Brühl portrayed Alexander, the son of Christiane Kerner. For his work, he won the European Film Academy award. The film starred both Russian and German artists: Katrin Saß, Chulpan Khamatova, Maria Simon.

In 2004, the actor first appeared in the English-speaking film Ladies in Lavender. Daniel worked on the same set with the famous British actresses, Judi Dench (Chocolat, Casino Royale, Tea with Mussolini) and Maggie Smith (The Secret Garden, Becoming Jane, Downton Abbey). The film was shot in the most picturesque places in England.

The same year, the German film Love in Thoughts was released. The work of director Achim von Borries won 6 awards, including the European Film Academy Award. The plot is based on the Steglitz student tragedy when two teenagers created a suicide club, which members had to commit suicide as soon as they stopped loving. Brühl won the People's Choice trophy for his role in the film.

While participating in the Cannes Film Festival as a member of the jury, the actor first appeared in the Hollywood film in 2006. The Bourne Ultimatum premiered, and Matt Damon played the title role. Daniel got a minor role in the spy thriller about a CIA employee who lost his memory. In 2008, the film won the Academy Award for Best Film Editing, Best Sound Mixing, and Best Sound Editing.

The following year, the actor could show the knowledge of three languages, working in the film Joyeux Noël (Merry Christmas). The movie with multinational cast tells about the events on the eve of Christmas of 1914. The miracle was the unexpected truce of German, French and English soldiers before the magical holiday. Brühl played Lieutenant Horstmayer (German 93rd Infantry Regiment).

In 2009, Quentin Tarantino's film Inglourious Basterds premiered at the Cannes Film Festival. Daniel got a bit part, but he worked side by side with such Hollywood stars as Brad Pitt, Til Schweiger, Michael Fassbender, Christoph Waltz, and others. By the way, the latter won the only Academy Award for Best Supporting Actor although the film received eight nominations.

The actor got acquainted with the legendary Formula 1 Champion thanks to the role of driver Niki Lauda and gained the full recognition in the cinema world. He was nominated for the Golden Globe award for Best Supporting Actor in 2014. The film also starred Chris Hemsworth.

The Marvel Universe welcomed the actor in 2014 when he joined the main cast of the superhero action movie Captain America: Civil War. The Russo brothers cast him in the role of the villain, Helmut Zemo. The film also starred Chris Evans, Robert Downey Jr., Scarlett Johansson, Sebastian Stan, Paul Rudd, and others.

In 2015, the actor starred in the thriller Colonia. In the story, German photographer Daniel was kidnapped by Augusto Pinochet's secret Chilean police and placed in Colonia Dignidad, which became a political prison. Lena (Emma Watson), the friend of the protagonist, goes there to save her friend. Film critics did not appreciate the work of director Florian Gallenberger, which did not prevent the German edition of GQ magazine from naming Brühl the actor of the year.

Another film based on real events, where the German actor played the leading role, is the drama The Zookeeper's Wife (2017). The film tells the story of a married couple who saved hundreds of Jews during the war. Daniel portrayed a negative character, a high-rank Nazi official.

In 2018, after a long wait, viewers saw the horror film The Cloverfield Paradox, which is an installment in the Cloverfield franchise. The film was announced in 2012, but its premiere was repeatedly postponed, and the title was also changed. Finally, on February 4, it was shown on Netflix. The reaction of critics was ambiguous.

During his acting career, Brühl has played various roles. Despite the handsome appearance and the height of 176 cm, the actor does not always portray positive heroes. He likes to play different characters in films.

In 2016 reporters asked Daniel about his most difficult role. It turned out that the most challenging thing for the actor was to portray a person with schizophrenia for the film The White Sound (2001), directed by Hans Weingartner. The actor said:

“It was important to explore my own insanity that was within me to believe that I was doing to convince myself. It is one of the most challenging roles.”

Daniel Brühl has a relationship with psychologist Felicitas Rombold. The couple has dated since 2010, but they have not officially stated that the celebrity married the woman.

The couple does not hide their personal life and photographers often take pictures of them at various events.

Now the actor is at the peak of popularity. He always films in various projects. Daniel will appear in the remake of the French film My Best Friend (Mon Meilleur Ami), which begins shooting in 2018.

At the beginning of the season, the actor posed for the Hugo Boss autumn men's capsule collection. In October, he appeared on the cover of ZOO Magazine 60 Anniversary Issue. It is a magazine about art, culture, architecture, fashion, and design. The actor posted the photos and information about it on his Instagram page. 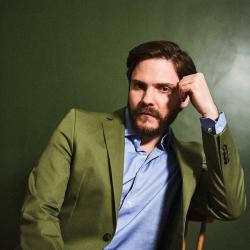