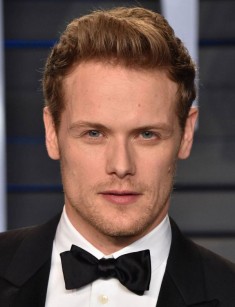 Fans adore Sam Heughan. The star of the series Outlander, the handsome red-haired man is a true sex symbol. Some people got familiar with him thanks to the Tennent`s Lager commercial where the actor personified a gentleman wearing a suit and a top hat.

Sam was born on April 30, 1980, in a small Scottish village Balmaclellan. His parents, Chrissie and David, loved John Tolkien’s books. They were the members of the hippie group Gandalf's Garden and even named their children after the characters of the famous The Lord of the Rings trilogy.

However, life was not a fairy tale. When the boy turned three, the parents divorced. The mother had to support two sons; she worked as a shoemaker, teacher, and even a producer of paper. The family moved pretty often. Sam finished the elementary school in New Galloway. In Edinburgh, he went to James Gillespie`s High School and Rudolph Steiner School. Not only Same and his elder brother Cirdan were studying – Chrissie also decided to receive an artistic education. In 2015, citizens of Aberdour saw her works at the exhibition.

Before the young man entered the Royal Scottish Academy of Music and Drama, he spent some time working and traveling. Although a teacher told him he had no artistic abilities to play at the theater, the debuting role in Outlying Islands brought the first nomination for the prestigious Laurence Olivier Award for Most Promising Performer. The local press included his name into the top ten actors in 2002.

According to the artist, he was unhappy in his private life when he was young. He remembered a slight incident: he was going to meet a girl at Burger King, but the date never happened because there were two such cafés in that street; the young people came to the different places.

Before Sam’s father died, he and his brother met the man and settled everything; they said goodbye on friendly terms. Sam loves his family and adores his small nephew.

At the beginning of his career, the young actor appeared in a short movie and then became the artist of series. The first full-time movie told the story of a journalist who came out publicly for the first time.

In 2010, directors were offering Heughan many roles in biopics. The actor personified Alexander the Great and took part in the war drama First Light.

When the actor grew older, he became more successful. A Princess for Christmas gave the chance to receive Grace Award; Outlander brought eight victories out of 15 nominations and the love of millions. In 2018, the fifth and the sixth seasons were announced.

In one of his interviews, Sam marked:

“The show allows us to imagine ourselves in those situations. Also, the period is fascinating — we learn a lot about history watching Outlander. The drama demonstrates that history repeats itself.”

Simultaneously with the work on movies, Heughan did not leave the theater stage. He participated in Batman Live, the first and the most expensive play in Great Britain based on the comics. Although the public appreciated the show, the project had to be closed.

In 2013, Sam Heughan appeared in a music video of the British musician Robbie Boyd who created the soundtracks for American Pie.

Sometimes, people believe that actors who played lovers are dating in real life. This is what happened to Sam and his colleague, the hot brunette Caitriona Balfe.

However, despite their jokes, the young people have never been in love. The actress commented on such rumors:

People also suspected Sam of dating MacKenzie Mauzy: the young woman posted their photos on her Instagram. The actor reproached those who were spreading this information: he denied there was something between them except for friendship.

Perhaps, it was the combination of the unproven speculations on the man’s affairs and his roles of gay characters that gave some ground to think that Heughan was gay. However, it all stopped after the news about the artist’s romance came in.

Some media reported there was a new couple in Hollywood: Sam Heughan and Amy Shiels, the star of Twin Peaks. The man says he dreams of a family and would like to try himself as a father.

The comedy The Spy Who Dumped Me released in summer 2018 confirms a simple rule: ex-lovers only bring troubles. Sam Heughan played handsome and dangerous Sebastian Henshaw.

The same year, the supervillain Mirror Master got his voice in the video game Lego DC Super-Villains. Besides, Sam will appear in Bloodshot; the premiere is scheduled for 2020.

The actor is an active user of social networks: Instagram, Twitter, and Facebook. He is a Global Brand Ambassador for Barbour. The charity fund created by the artist continues its work today. 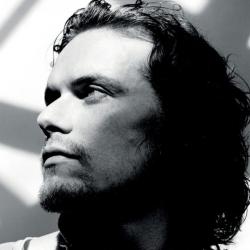