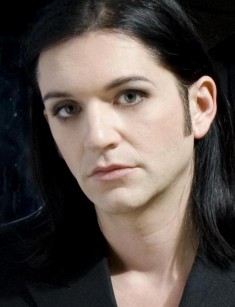 Brian Molko is the extravagant soloist of the group Placebo that became famous in the late 1990s. The singer’s androgyny attracted the attention of those who liked to stand out and protest; those who followed everything new in the British music were mesmerized by the songs’ melody and lyrics. The 2000s brought the real fame to Brian Molko. His duo with Timo Maas was marked with success, and the song “First Day” remains popular.

Brian Molko was born on December 10, 1972, in Brussels. The boy’s father was the American banker of the Italian and French origin. The family had the opportunity to travel around the world and live in various countries. Brian used to live in Lebanon, Liberia, Scotland, and other countries. Eventually, the family settled in Brussels.

The father wanted Brian and his brother to follow in his footsteps and become financiers as well. Stuart, the elder brother, made this dream come true: he owns his company. However, Brian’s heart was inclined to art. Perhaps, it was the mother’s influence: because of her Catholic beliefs, she had to give up her dream of being a dancer.

When Brian turned five, the parents divorced. The boy and his mother moved to Luxemburg where he attended a private school. It was difficult for the young man to live there: classmates did not accept him and saw him as a person from another circle. Brian was not interested in typical boys’ activities. The future star liked theater and proved to be shy; he did not participate in sports games. At the age of eleven, Molko debuted on the stage and performed in a Shakespeare’s play. The young man was curious and experimented much: he was good at make-up and even tried on women’s clothes.

The mother tried to return her son to the right track: she took him to church and religious meetings. She wanted to grow up a priest, but Brian’s rebelliousness made him resist these plans. As a result, the relationship with the mother deteriorated. The young man viewed himself as an actor. Soon, he moved to London and studied drama at Goldsmiths College.

When Molko separated from the family, he got the chance to express himself. Thus, the androgynous image appeared. The experiments from those times reflected in the further works: bright eyeliner, painted nails, and lipstick became the integral parts of the musician’s visual image on the stage.

Brian was particularly interested in rock and alternative music; hard guitar melodies inspired him. In 1994, he accidentally met Stefan Olsdal, his former classmate from Luxemburg. It was the turning point in the young man’s life.

The young men’s tastes in music were similar. They invited Steve Hewitt, a drummer, and created the group Placebo. Rumors have it, there were other options of the group name including Ashtray Heart.

The first demo was a significant step in the musicians’ career: Hut Records offered a contract. Hewitt left the group, and Robert Schultzberg replaced him. The renewed band recorded the first album Placebo that became number five in the British chart: it was a great achievement for the beginners.

In a while, it was evident that the new group member did not belong there. The musicians persuaded Hewitt to come back. In 1988, the second album, Without You I'm Nothing, was created. Placebo aimed at conquering the United States. Alternative rock fans did not ignore the new album: it was more popular than the previous work.

Soon, Brian Molko met famous David Bowie; their duo made Placebo famous all over the globe. The group performed at Bowie’s anniversary party in 1997 at Madison Square Garden. The following concerts with the legend helped Placebo go down in the history of music. Besides, the musicians appeared in the movie Velvet Goldmine.

In 1998, the band started collaborating with Virgin Records. The next year, the musicians were working on the third album that was released in 2000. In 2001, Black Market Music came out in the USA. Thanks to his non-standard appearance and unique artistic style, Brian Molko created the bright image of the group and revived the interest to the 1970s glam rock. One of the songs of Placebo, “Every You Every Me” became a soundtrack for the movie Cruel Intentions.

Brian Molko is not an ordinary person; his personal life is the object of public interest. The young man met his first love at 16. In a while, when he explored himself, he said he was bisexual. Brian has a son, Cody (born in 2005); Helena Berg is his mother.

The musician is full of inspiration; the birth of his son added even more emotions to his works. Molko devoted his lullabies to the boy. The child changed the man: he began to feel the connection between himself and his son, and the new songs turned out to be great hits. Brian can see the hidden meaning and find motivation in every detail, even quotes of his contemporaries, to present new hits.

Musicians often allow themselves many things and do not limit themselves. As Brian confessed in his interviews, he often experimented and tried to use drugs; there was a period when he did heavy drugs. The name of the album Meds was provocative and sounded as the hymn to light drugs that appeared in music videos of Placebo.

In 2003, Brian said he had taken drugs because of mental disorders. Doctors diagnosed the man with depression. In 2016, the artist informed his fans and journalists he had overcome the problems.

Brian’s height is 168 cm.; his weight depends on the level of exercise.

Placebo gives many concerts in Europe and the United States. In 2016, the group had a tour and visited Russia; later, Placebo performed in England and Ireland. Molko’s lullabies became the most popular songs during these concerts.

In 2017, the group had concerts in Mexico and, again, Europe. Placebo and Brian Molko appeared at the Greek festival Rockwave twice; seven shows in Australia followed. The musicians also gave concerts at Meltdown festival. 2018 was a busy year: Placebo went to Russia, Ukraine, Switzerland, and Italy.

In the course of time, Brian Molko changed his style: his image became less provocative. Fans have created many fan pages on Instagram and other social networks; they remember his hobbies, welcome the new details of the singer’s image, and post photos. 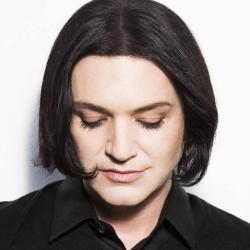