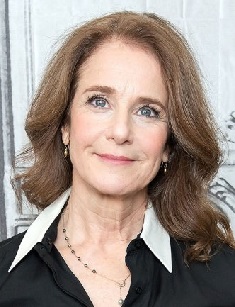 Debra Winger, an American actress, is famous worldwide for a prominent talent which let her play the most demanding roles. She has an enormous filmography and has been nominated for an Oscar three times what confirms her outstanding abilities.

Future famous actress was born on the 16th of May, 1955, Cleveland Heights, Ohio to Orthodox Jewish parents from the Austrian-Hungarian Empire. She was the only child in the family and had no siblings.

Debra's mother worked as a managing director. Debra's father was the owner of the luxurious grocery store. When the girl turned 5, the family moved to California.

Being a High school student, Debra tried out playing in school's performances and, as a result, became interested in art and acting. After graduating, at the age of 16, Debra moved to Israel where she lived in an agricultural commune Kibbutz and trained with the Israel Defense Forces.

Having returned home, Winger entered a college, faculty of forensics. However, she didn't get her degree because of an accident at an amusement park. She got seriously injured and was in a coma some time

After a long period of treatment, she recovered, dropped out of the college and started attending acting classes. A lot of stars began their career playing in commercial and popular TV-shows. And Debra wasn't an exception.

As a guest star, she visited a lot of TV-projects of the 1970s, including Police Woman, Wonder Woman, where she played Drusilla, Wonder Girl. There is a gossip that she has even played a role in the adult movie, being absolutely nude. She prefers to keep silent about it.

In 1976 Debra got her first role as an actress in the show Wonder Woman. The first movie where Winger had her part was Slumber Party 57.

Debra's first significant work was the role in the movie Urban Cowboy directed by James Bridges. John Travolta was going to appear in this melodrama, and a colossal amount of girls applied for the casting. Debra Winger is a young star with a perfect body and height (5 ft 5 in / 163 cm) who overshadowed everyone, including Michelle Pfeiffer. After playing in the hot episode where she had to be buck naked, Debra became a new sex-symbol of the United States of America

In 1982 the woman was nominated for an Oscar for the role she played in An Officer and a Gentleman. Later, she got two more nominations. The same year, Debra gave her deep penetrating voice to the extra-terrestrial in the film The Extra-Terrestrial by Steven Spielberg. The woman got worldwide fame after starring as a daughter Emma who has cancer in the film Terms of Endearment.

In 1986 Debra played the role of the lawyer Laura in the movie Legal Eagles.

In 1995 Winger left Hollywood, stopped playing in cinema and reading offered scenarios. She moved to New York. However, in 2001, she got back to work. According to the woman's admission, she left her career for the sake of her family and personal life.

Describing the movie, it is sufficient to mention only two facts: that charming Richard Gere played there and that the movie's creators used the song Up Where We Belong. The Melodrama tells us about a beautiful love story between the marine aircraft's pilot and a simple girl working in the factory.

The film got immense popularity: it was nominated for Academic Awards 6 times and won 2 of them. However, the processes of movie recording weren't plane.

Debra Winger and Richard Gere confirmed that during their work together, they quarreled a lot. Newspapers said that Gere, being afraid of Debra's talent which could outshine his one, behaved as an arrogant capricious person.

Meanwhile, according to opinions of critics, the duo was perfect. However, only viewers can conclude if it is the truth or not. Thirty years later the actors remembered their work with a kind smile. Both of them got the award for contribution to the World Cinema, at the Rome International Film Festival in 2011.

Debra was nominated for Oscar for the second time for playing in the melodrama Terms of Endearment by James Brooks which was based on the novel by the American writer Larry McMurtry. The movie is about the relations between the mother and her daughter. The adult girl left the parental home, and the mother starts thinking about having a boyfriend. Although the style of the movie resembles a comedy with sly sarcastic humor, it has a dramatic final.

Speaking about the movie, we can not miss Jack Nicholson's perfect performance. His character is not in the book and was invented for this movie. Even though his role would be secondary, without lingering a minute the actor agreed to play

The film was recognized, and the audience loved it a lot. Additionally, it got a lot of awards, including Oscar, Golden Globe Award and BAFTA.

Debra's partner in the new movie was a famous actress Shirley MacLaine.

This film was shown in 1986. Though it cannot be named a masterpiece, it got significant popularity, especially among the Soviet audience.

The plot of this film is about the story of two layers – Tom and Laura. Although the colleagues bump into each other while working, they don't communicate a lot till the moment. However, during the investigation of burglary, Laura has to appeal to Tom, and the story starts.

This film by Richard Attenborough was shown in 1993. It is based on true stories. At the center of the story - Clive Staples Lewis, a famous writer and an author of The Chronicles of Narnia. The events happened in the post-war period in Oxford. The film tells the touching and tragic love story between the writer and an American girl (whose role played Debra)

Winger was also nominated for an Oscar after playing in the movie.

This dramatic movie by Bernardo Bertolucci is about the American married couple who is traveling across Northern Africa. They are disappointed with life and with each other. Will they be able to find love and mutual understanding there, in another continent, where there are a lot of risks?

The film is based on the novel by Paul Bowles, who, however, was not really impressed by the work.

The world cinema media also did not pay tribute to the movie. However, the work got several awards.

Winger's three-year relationship with actor Andrew Rubin ended in 1980. From 1983 to 1985 Winger dated Bob Kerrey, at the time the Governor of Nebraska, whom she met while filming Terms of Endearment in Lincoln, Nebraska. Winger has also dated her Cannery Row, and Everybody Wins co-star Nick Nolte.

From 1986 to 1990 she was married to actor Timothy Hutton with whom she had a son, Noah Hutton, a documentary filmmaker born in 1987. The marriage ended in divorce.

In 1996 she married actor and director Arliss Howard, whom she met on the set of the film Wilder Napalm. They have two children: Gideon Babe Ruth Howard (known as Babe) born in 1997 and Sam Howard, son of Debra's then-husband from his prior marriage.

In 2008 Debra Winger published the movie about her life Undiscovered.

Now Debra Winger is a frequent guest on many popular TV-shows, such as Watch What Happens Live with Andy Cohen (she visited it in 2017), Late-night Talk Show.

Comparing Debra's images to the photos of other Hollywood stars, it should be noted that, at the age of 63, the woman looks perfect. She has always had an attractive appearance and managed to save her natural beauty until old age without any experience of plastic surgery.

Besides movies, Debra has played in many TV-series, such as:

The films with Debra Winger were included in The 5000 Best Movies And TV-series list on the Internet Movie Database site (IMDb).