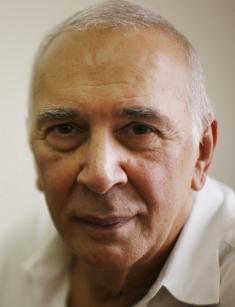 Four times the winner of the prestigious American Tony Award, the nominee for the world's major film awards such as the Oscars, an Emmy Award, the Golden Globe Award, and BAFTA, in 2018 celebrated his 80th birthday. For Frank Langella, his age did not make him slow down his creative activity.

The Hollywood star, as before, pleases his loyal fans with new interesting roles in popular movies and TV series, surprising them with talented acting and liveliness of reaction.

Frank, who was at the peak of his acting career in the year 2008, having played the part of President Nixon in the historical drama film nominated for an Oscar in several categories, directed by Ron Howard, ten years later brought joy to the viewers again, appearing together with Jim Carrey in the television series Kidding.

The actor was born on the first day of 1938 in the small town of Bayonne, New Jersey. He grew up in a family of Italian immigrants Angelina and Frank A. Langella Sr. His father worked as a business executive of a well-known company.

The creative biography of Frank Langella began at school, where the boy became interested in attending local acting classes. On stage, the teenager instantly got into the character and easily shut himself off the audience, without feeling embarrassed, shy or stiff.

When he was 17 years old, the family moved to South Orange, New Jersey. The young man already knew, in what direction he wanted to move forward after school: Frank Langella went to Syracuse, where the private research University of Syracuse was located. Back in the day, Joe Biden, Peter Falk, and Vera Farmiga graduated from this University.

The young man chose the faculty of arts and four years later, in 1959, left the University with a bachelor's degree. Frank, who chose drama as his major, turned out to be one of the best students.

The first steps in the acting world Frank Langella made on the stage. To convince the audience and directors that they face a star, Frank needed nearly ten years. He got his first major role at the end of the 1960s: Langella appeared on the stage of Lincoln Center in the character of the young Shakespeare.

Filmography of the artist began in 1970, and immediately with a leading role. In the comedy film, The Twelve Chairs, Langella played the legendary con-artist, Ostap Bender. However, it was not the American film adaptation of the famous novel by Ilf and Petrov that made the actor famous, but his role in the television series Diary of a Mad Housewife, released in the same year.

His work in the project not only showed the potential of the actor to directors but also brought him the first nomination for the prestigious Golden Globe Award. Frank found out what fame tasted like for the first time. Langella, who was showered with offers from filmmakers, never thought of leaving the theater, because, on stage, he enjoyed the lively communication with the audience, drew inspiration from it.

In the mid-1970s, this talented American for the first time became the winner of the prestigious Tony Award, receiving it for his brilliant acting in the play Seascape. Two years later, Frank Langella almost got a second Tony Award for his title role of Dracula in the play on the stage of Broadway.

In 1979, the actor again played a vampire-count, but in the movie. On the set, he met with British star Laurence Olivier, who got the role of an occult specialist. The horror film was a huge success and became the winner of The Saturn Award, bringing the actors a wave of audience love.

The actor's working schedule was very tight: Frank was torn between the stage and the set, not wanting to give up either theater or cinema. For the brilliant work on stage, he received a second Tony Award.

In 1987, the name of this American was again on everyone's lips: Langella starred in the fantasy action film, Masters of the Universe. But the real wave of success covered the star in 1993 when the comedy film Dave was released. Besides Frank Langella, the main characters were played by Sigourney Weaver and Kevin Kline.

In 2001, Frank Langella played a noteworthy role in the romantic drama film Sweet November. At the center of the romantic story were Keanu Reeves and Charlize Theron. The film, as well as the actors playing the main characters, was nominated for The Golden Raspberry Awards, but the acting of Langella did not have any flaws.

In 2008, the artist found himself in at the peak of his fame and a step away from the legendary Oscar. In October, the world premiere of the historical drama Frost/Nixon took place, in which Frank Langella got into the character of the 37th US President, and Michael Sheen played the role of the talk-show host, FrosMichael Sheent. The actor was in the category of Best Actor in the list of nominees for the main world film award, but Sean Penn and Mickey Rourke got ahead of him.

His brilliant impersonation of Nixon brought 70-year-old Frank Langella a nomination for the Golden Globe Award, Screen Actors Guild and BAFTA. For the episode where the President played the piano, the actor had learned to play the instrument. But, according to his words, after shooting the film, the acquired skills vanished.

In 2013, Langella was offered a part in the historical series The Americans, which received wide critical acclaim from viewers. The project lasted for six seasons, and the last episode was released in the spring of 2018. Hollywood master starred in the film until the end of 2017.

In 2016, Langella again got into the character of a high-ranking official, playing Senator Richard Russell in the movie All the Way.

We only know those facts of the personal life of the Hollywood star, that journalists managed to find out. Frank Langella always avoids questions concerning his life outside the set or the scene.

The tall (the actor's height is 6 feet 33 inches) and fit actor, very talented and showered with awards, has always caused considerable interest among women. Both in his youth and adulthood, the man was surrounded by the attention of his famous colleagues. But he was married only once. In 1977, Ruth Weil, with whom he subsequently lived for nineteen years, became his wife. She gave birth to two of their children, daughter Sarah and son Frank A. Langella III.

The marriage fell apart when Frank Langella met the black star Whoopi Goldberg on the set. The affair was caught on camera by the paparazzi, and it put an end to the former relationship. The actors lived together for five years but broke up in 2002, never making the relationship official.

In the autumn of 2018, the premiere of the first season of the television series Kidding took place, Jim Carrey got the leading role. Langella also played one of the main characters, once again proving to film critics and fans that he still hadn't lost his talent.

The significant actor of Hollywood, who celebrated the 80th birthday in the same year, is not planning to retire any time soon. For 2019, the release of the fourth season of the fantasy-comedy television series The Good Place, where Langella will appear, is announced. Now the actor is working on the set of the project and continues to go on stage.