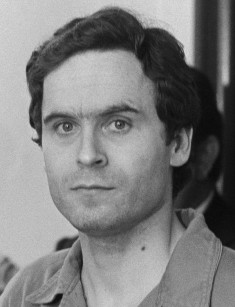 One can hardly imagine that a serial killer can be described as handsome, charming, and charismatic. However, the surviving victims of one of the bloodiest American maniacs used those epithets. The exact number of the deaths he was guilty of remains unknown, and the story of Ted Bundy continues to terrify children and adults even after the criminal’s death.

It is a common practice to find the roots of mental disorders in early childhood. According to Bundy, his childhood was cloudless. However, it was discovered that he lied.

The future “American psycho” was born on November 24, 1946, in Burlington, Vermouth. Bundy’s mother, Eleanor Louise Cowell, grew up in a respectable family. When the unmarried woman got pregnant, the parents decided to cover this “shame” and pretended the boy was their son. Ted learned the truth later. This episode influenced his mental state: he held a grudge against his mother and could not forgive her lies.

There are many speculations about the maniac’s father. In Bundy’s birth certificate, there is a name of some Lloyd Marshall. However, Louise Cowell named another man, Jack Worthington, who allegedly seduced her. There is also a theory that Louise’s father was the father of her son, but there is no evidence to prove that.

In his interviews, Ted Bundy described his grandfather with respect but also told horrible stories: he beat his wife, tortured animals, and could get furious quickly. This life brought Ted’s grandmother to a mental-health facility; at the end of her life, she was even afraid to go outside. There is no wonder that small Bundy began to behave in a weird way soon. Unfortunately, there was no one to notice that on time.

Ted graduated from school and entered a local university but quitted soon. He moved to Washington and started learning again to drop again. For some period, Bundy had some side jobs. Eventually, he decided to enroll at a university again: at this time, the young man chose psychology as his major.

In a while, Ted Bundy became one of the best students, and professors singled out his talent. At that time, he met Ann Rule who later created one of the most famous biographies of the criminal and told about the maniac’s charm.

When Bundy graduated from the university, he entered a school of law but got expelled soon because he frequently missed classes. It happened in 1974, the time when the first news about missing women appeared.

The first proven crime happened in 1974 when Ted Bundy was 27. Karen Sparks became his victim; some sources give other names of this young woman. The maniac beat and raped her, but she survived. Because of her traumas, Karen could not restore her memory. The next month, Bundy murdered a student, Lynda Ann Healy. In March 1974, Donna Gail Manson who had hardly turned 19 became his victim.

Girls continued to disappear each month. Sometimes, witnesses spoke of a handsome man who was talking to those girls. Soon, citizens of Washington and Oregon where Bundy committed the majority of his crimes got anxious. There was an outcry in the media; people were dissatisfied with the police’s actions. However, little could be done: there were almost no clues, and the surviving victims’ statements were ambiguous and even prevented investigators from making an accurate sketch and psychological description of the criminal.

July 14, 1974 became one of the bloodiest days in the maniac’s biography: he kidnapped two young women from a crowded beach with an interval of two hours. Both victims gave in to the man’s charm and went with him voluntarily: their friends told the police about it. When Ted brought the second girl to his hiding place, the first one was still alive. He was raping and killing them in front of each other. Finally, he dismembered their bodies and buried them in the woods where the police founded the fragments of the girls’ beheaded bodies later.

Meanwhile, the criminal’s facial composite was created; there were thousands of calls from people who allegedly had seen Ted Bundy in the street. Nevertheless, the search was futile, and girls continued to disappear.

At the end of summer, the maniac moved to Salt Lake City and even continued his education at a university. He regained his activities and remained unnoticed for a while. In October, Bundy brutally murdered the 17-year-old daughter of the local police chief. In a week, tourists encountered two bodies: the women had been raped and choked to death by their own stockings.

In his later interview, Bundy cynically described the details of what he did to the victims’ bodies. According to the maniac, he often raped dead women, washed and combed their hair, and put on make-up on their faces. The police also suspected he was a cannibal and ate the flesh of those girls from time to time.

The maniac traveled across the country and changed his shelters. Various sources provide the different number of the killer’s victims: from 30 to 50.

In 1967, Ted Bundy began to date Stephanie Brooks, his university classmate. In a while, the young people split up. According to Stephanie, they broke up because of Ted’s infantilism and emotional immaturity: he was not ready for a significant relationship.

Elizabeth Kloepfer became the next woman in Bundy’s life; there is a theory that they began to see each other when Ted was still Stephanie Brooks’s boyfriend. The romance with Elizabeth lasted up to the killer’s imprisonment.

It is interesting that the woman felt something was wrong in her lover’s behavior and even recognized him in one of the police facial composites. She immediately contacted the police, but there was not enough evidence, and nobody paid attention to Kloepfer’s words.

While dating Elizabeth, Bundy had an affair with Carole Ann Boone who later became his wife; in 1982, their daughter was born. There is also the information the maniac was seeing other women in different periods.

In August 1975, Ted Bundy was arrested for the first time: a ski mask, handcuffs, ropes, a crowbar, and garbage bags were found in his car. However, there was nothing suspicious in his apartment. Later, Bundy confessed he stored the photos of his victims, but the police failed to discover them. They had to release him on bail; the investigation continued.

In February 1976, the trial started. The police managed to prove one episode, so Bundy was charged for one murder initially. Later, more crimes were solved due to the maniac’s testimony. He enjoyed telling stories about his victims. However, even with the criminal’s descriptions, not all murders were proven. According to some sources, Bundy exaggerated the number of his victims.

In June of the same year, the man escaped and hid for six days; he was arrested again. He did not stop his attempts to set free. Several months later, he escaped again, stole a car, reached Florida, and committed a chain of terrible crimes before he was captured. Six months later, the trial finished; Bundy was condemned to death.

The death sentence execution was changed several times. On January 24, 1989, Ted Bundy died on an electric chair. That day, approximately two thousand people came to the prison building and had a celebration with fireworks, music, and dances. The criminal’s body was cremated, and the ashes were spread in the Cascade Range as per his last will.

Professionals tried to diagnose the killer’s mental state on the basis of Bundy’s lifetime interrogation with a lie-detector test and voluntary interview recordings. The opinions of psychotherapists and psychologists were diverse: personality disorder, psychosis, bipolar disorder. None of the theories became official.

Ted Bunty’s hellish “heritage” was reflected in feature and documentary movies and books. 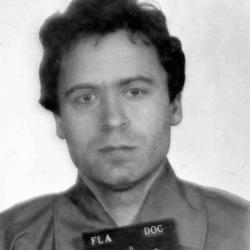