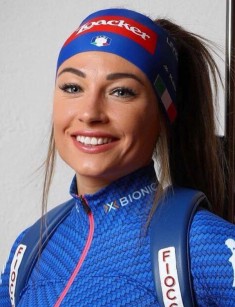 Italian biathlete Dorothea Wierer is a very important athlete for the national team. Italy won a bronze medal in the mixed relay at the Winter Olympics in Sochi in 2014 thanks to the shooting of the athlete, and also had the silver and bronze medals at the Biathlon World Championships. Besides, Wierer won a small crystal globe for the individual disciple in 2016.

Dorothea Wierer was born in the town of Bruneck which is located in the Alpine region of Tyrol, northern Italy. Natives of Germany and Austria live there, that explains the Mediterranean surname of the athlete. By the way, the name "Dorothea" suggests the woman’s German ancestry, so Wierer can be considered to be German and Italian. Since childhood, Dorothea gets used to speaking Italian and German and is still bilingual. Besides, Wierer is fluent in English and even speaks some Russian.

The parents paid great attention to sports development of their children. Little Dorothea loved to play football with boys, and she did not trail far behind but was considered one of the strongest players in the team. Her older brother persuaded Dorothea Wierer to attend biathlon training because the young man learned to ski and shot for several years and decided to attract his sister’s attention to this sport which was exotic for Italy. Wierer first started skiing at the age of 10, at the same time she participated in the first contests, but could not hit any target.

Who would have thought that in a few years Wierer will be the most promising Italian biathlete and the fastest shooter who participates at the World Cup? At the Junior competitions, Dorothea won a lot of medals and became the junior world champion in 2011 and won the Rookie of the Year award. After that, the top-class sports was waiting for Dorothea. It is worth mentioning that the woman did not forget about education and graduated from the university with a degree in revenue and customs services.

When Dorothea begat to compete in the Biathlon World Cup, the biathlete first did not show good results. Dorothea Wierer said in an interview with sports magazines that the reason was her laziness. Moreover, after the outstanding success at the youth competitions, she gained extra weight. But when the athlete decided to train harder, it immediately bore fruit. She won the first gold medals at the 2013 Military World Games in Annecy and the Summer Biathlon World Championships in Forni Avoltri.

At the Winter Olympics in Sochi, Italian team with Wierer finished third in the mixed relay. Standing on the Olympic podium encourage Dorothea, and the woman understood that she was an outstanding biathlete.

The next 2014-2015 season was a triumph for Dorothea. Wierer won different races at the four stages of the World Cup, not to mention silver and bronze medals. The first good result in the following season was a bronze medal in the pursuit at the World Cup in the Swedish town of Östersund. The Italian team won a medal in the relay at the World Championship, which was held in Kontiolahti. Dorothea Wierer finished third together with other athletes from Italy: Lisa Vittozzi, Karin Oberhofer, and Nicole Gontier being behind Germany and France.

Despite the apparent success over recent years, Wierer admitted that she was not going to be a professional athlete for a long time. She even considers the possibility to transfer to coaching.

However, 2016 brought the athlete one more award of the World Championship, held in Holmenkollen, Dorothea was a runner-up in the pursuit and finished seventh in the overall World Cup (it does not include relay races). The athlete also showed a good performance at the competitions, held in Khanty-Mansiysk and Östersund, finishing third in the individual disciplines. The participation in the relay in Canmore brought the Italian biathlete a silver medal.

Having scored 944 points in the 2015-2016 season, Dorothea Wiener finished third in the overall World Cup. It was the best result in the entire career of the Italian biathlete.

The athlete uses a rifle of the German manufacturer Anschütz to participate in the competitions. Dorothea prefers the skis and boots of the French company Rossignol. The Italian ski resort of Livigno finances the performances of the athlete. There are also Audi auto group, Kappa, an Italian sportswear brand, and lingerie brand Intimissimi among her sponsors.

The athlete’s career was on the rise during the 2016-2017 season. At the stage of Biathlon World Cup in Hochfilzen, she did not win any medals, but in the tournaments held in Nové Město, Dorothea finished second and third in the pursuit and mass start. Wierer won a bronze medal together with the Italian team in the relay at World Cup in the Italian town of Antholz-Anterselva.

The biathlete changed marital status and married the technical manager of the Italian Winter Sports Federation, Stefano Corradini, on May 30, 2015. Young people met in 2008, but they began dating four years later. Stefano is 12 years older than Dorothea, but it does not prevent the newlyweds from being happy. They both love to dance in nightclubs, eat and be a little lazy. After the wedding, the couple settled in the town of Castello di Fiemme.

It is interesting that in Russia, fans recognize their biathletes, but in Italy, the situation is reversed. The most exciting sport for the Italians is football. Therefore, Dorothea does not feel like a star in her town, even though she has shown excellent performance at the Olympics and World Cup. She hopes that in a while the situation will change and people will recognize Wierer in the street.

Dorothea agreed to participate in a nude photo shoot to popularize her name and winter sports. Playboy offered Dorothea Wierer to pose for the magazine when the beautiful woman with the growth of 160 cm and the weight of 63 kg was named the Sexiest biathlete of modernity.

The biathlete’s beauty has been recognized not only by her fans but also athletes and colleagues. For example, Anton Shipulin described Wiener as the most beautiful biathlon champion. Russian commentators Dmitry Guberniev cannot keep his emotions when he sees Dorothea, calling her a gorgeous Italian woman. Fans call the work of a specialist, who monitors the athlete’s health and makes her a massage before the race, the best profession in the world.

The biathlete has a personal account on Instagram where Dorothea posts professional photos and pictures taken during a vacation with friends and family. Wierer still indulges in the pleasure of companionship, sometimes comes to the country with her friends. Besides ordinary photos, Dorothy posts pictures of funny photoshoots. So in 2017, the athlete starred along with her colleagues in a photoshoot wearing a nurse's uniform. Dorothea delights her fans with regular autograph signing which she has after each competition.

In December 2017 there were rumors about Dorothea’s pregnancy because she felt under the weather at competition in Sjusjøen, Norway. But Wierer explained that she just had food intoxication.

Dorothea has recently won a silver medal in the relay (Östersund) and a bronze medal in the sprint (Hochfilzen) at the World Cup in the 2017-2018 season. Wierer won with her team in the Women’ Nation Cup Score. Wierer is preparing for the participation in the Olympic Games in 2018.

Dorothea Wierer plans to continue sports career after the Olympics in Korea. The biathlete will compete until 2020. According to Wierer, the final tournaments will be the World Championship in native Antholz-Anterselva, where she made her professional debut.

Nowadays the athlete is not going to retire and continues on her path to stardom. During the 2017/2018 season, the biathlete has already won two bronze, four silver and two gold medals at the World Cup.

One month before the Olympics, she participated in the pursuit in Antholz-Anterselva where at the finish line Darya Domracheva stepped on Dorothea’s pole and pulled it off. The Belarusian athlete did not take advantage of the situation and in the act of sportsmanship let the rival go first, thus giving Dorothea an opportunity to finish second. Wierer was impressed by it, and she said in an interview that but for Darya’s actions she could not outstrip her.

At the beginning of 2018, Dorothea Wierer was mentioned in the top five of the world’s best biathletes, which also includes such stars of biathlon as Kaisa Mäkäräinen, Anastasiya Kuzmina, Laura Dahlmeier, and Darya Domracheva. It is believed that Dorothea is strong in the pursuit race as well as Kaisa.

At the Olympics in Korea, the Italian of German descent has managed to win only a bronze medal in the mixed relay. Besides Dorothea Wierer, Italian biathletes Lisa Vittozzi, Lukas Hofer, Dominik Windisch participated in the race. France won in this discipline and Norway was a runner-up.

It is possible that after retirement from the professional sport her sister Magdalena Wierer would replace Dorothea. She has become a champion of the country finishing first in the Italian Biathlon Youth Cup. Magdalena and Dorothea are like two peas in a pod, although the younger sister is taller than her. 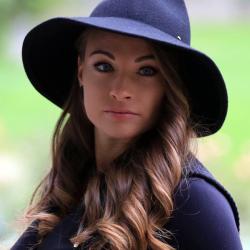