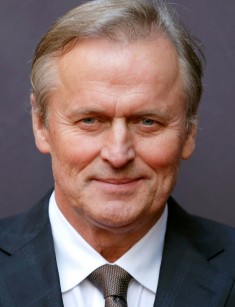 John Grisham is the king of legal thrillers who has the law background and, thanks to that, brings the authenticity and charm in his books. Several Hollywood movies are based on the writer’s bestsellers: The Firm, A Time to Kill, The Client. They are notable for the dramatism in the characters’ stories: they are convicted unjustly, die, have no protection, and become determined to fight till the last.

John Ray Grisham Jr. was born on February 8, 1955, in Jonesboro, Arkansas. His mother, Wanda Skidmore, was a housewife, and the father, John Ray Grisham, worked in construction and grew cotton. The future writer was the second among the five children. When John turned four, the family moved to Southaven, Mississippi.

The boy dreamed of becoming a baseball player. Those wishes manifested themselves in the novel A Painted House (2001) about a seven-year-old farm boy who wanted to devote his life to sports. In Calico Joe (2012), the man presented a fact from his own life: at 18, he had to give up baseball because a pitcher of an opponent injured the young man severely.

At eight, John became a Christian. When he was a student, he even went to Brazil to spread his belief.

John began to work early. At 14, he watered bushes in a kindergarten and repaired the fence; later, he was promoted to a plumber. At 17, the young man’s father brought him to a road maintenance team: Grisham worked as an asphalt spreader. At that time, he had an accident that made him consider a college: the workers from two teams fought and even used guns. John was frightened and hid in a lavatory until the police caught the disturbers.

The American realized he did not want to spend his life looking for a job and enrolled at the Northwest Mississippi Community College; later, he entered Delta State University in Cleveland, Ohio. John changed three institutes before he received his higher education: in 1977, he graduated from Mississippi State University as a Bachelor in accounting. Further on, Grisham decided to improve his knowledge and entered the University of Mississippi School of Law to study tax law. It turned out to be more interesting than economics for the young man. In 1981, John got a JD degree.

For the next ten years, Grisham worked as a lawyer and protected people’s interests in criminal and health-injury-related cases. Thanks to his successful legal career, the man became a member of the Mississippi House of Representatives; he earned $8000 annually.

In 1984, in the Clinton court, Mississippi, Grisham learned the testimony of two victims: 12-year-old Marcie Scott and her sister, 16-year-old Julie, were beaten and raped. The lawyer took an interest in the girls’ tragic story and imagined what could happen if their father would deal with the criminals on his own. Thus, it was the idea of the first legal thriller A Time to Kill.

As Grisham was making his novel, he took inspiration in Harper Lee’s To Kill a Mockingbird and introduced the essential theme: the racial clash. The black father of a raped girl murders the while criminals. The Ku Klux Klan members start hunting Jake Brigance, the lawyer who protected the Afro-American.

It was difficult to find a publisher for this book: Grisham had 28 rejections. Finally, in June 1989, Wynwood Press published 5000 copies of the novel.

Right after A Time to Kill, the writer began the next book, The Firm (1991), that told the story of a lawyer who picked up the incriminating evidence against his colleagues who laundered the mafia’s money. The novel proved to be a triumph: it remained The New York Times bestseller for 47 weeks, and 1.5 million copies were sold in two years. The success persuaded Grisham to give up the legal practice. He returned to it once, in 1996, when he protected the family of a railroad man killed at work.

The next years brought new legal thrillers: The Client (1993), The Chamber (1994), The Rainmaker (1995), The Partner (1997), The Street Lawyer (1998). The novel A Painted House interrupted the chain of similar works. The author described his childhood in Arkansas: playing baseball, picking cotton, and struggling against poverty.

In addition to separate novels, John Grisham has worked on book collections. In 2010, he presented the book Theodore Boone: Kid Lawyer that told the story of a boy brought up by lawyers. Involuntarily, he witnesses the scene that can change the legal process. People do not view his words seriously, but Theodore believes he must tell the world the truth, or the criminals will not be punished.

The audience warmly welcomed the new character, and Grisham created the second story, Theodore Boone: The Abduction (2011), where the boy investigates why his school friend is missing. In Theodore Boone: The Accused, the teenager is accused of the crime he never committed; he has to clear himself.

The 2013 book Theodore Boone: The Activist brought Theo knowledgeable, inquisitive friends; together, they stand against corrupted politicians. However, those in power are determined to make their plans come true even if it means they have to get rid of the teenagers.

Following a long break, the six and the last (by now) novel in the book series, Theodore Boone: The Scandal, came out. The young detective encounters the falsification of exam results. Young readers liked the stories about Theo. Grisham’s daughter, Shea, who works as a teacher, gave these books to school students, and many decided to devote their lives to law.

The author never ceases to introduce new ideas. In 2017, John created the novel The Rooster Bar about three teenagers who become the victims of a private law school fund pawns. The law supports the frauds, and the students dare use not-so-legal methods. In the recent book The Reckoning, the main characters are also young lawyers.

Hollywood producers have been adapting Grisham’s books gladly. The Firm (1993) starring Tom Cruise was the first among these works. The attention of the famous actor to the writer’s stories not only persuaded other movie makers to collaborate with John but also encouraged people to read Grisham’s novels.

In 1993, the screen version of The Pelican Brief was also presented; Julia Roberts and Denzel Washington participated in the project. The next year, Susan Sarandon and Tommy Lee Jones appeared in The Client.

The author’s debuting novel, A Time to Kill, was adapted to the big screen in 1996, seven years after it was written. Samuel L. Jackson played the grieving father who revenged for his daughter’s trauma; Matthew McConaughey personified the lawyer. Sandra Bullock, Kevin Spacey, Kiefer and Donald Sutherland also starred in the movie. The scrip adaptation brought John Grisham $6 million.

Francis Ford Coppola created the screen adaptation of The Rainmaker (1995) that told the story of a young lawyer chasing an insurance company. The movie had the same title and starred Danny DeVito and Matt Damon. In 2017, CBS announced that a series based on the novel was going to be shot; John Grisham became a scriptwriter.

After the 2004 screen adaptation Christmas with the Kranks, Hollywood took no interest in the writer’s works. Grisham tried to stay in the world of cinematography longer and created the original script for the movie Mickey about a talented 12-year-old baseball player. However, the audience was not impressed: the box office was only $294 000 while its budget was $6 million.

John Grisham’s personal life is as successful as his literary career. On May 8, 1981, the man married Renee Jones. Two children were born in the family: the daughter Shea and the son Ty. The boy has inherited his father’s love of sports: he plays for the University of Virginia baseball team.

The family owns several houses including a cottage on the best American beach in Destin, Florida; Britney Spears and Sheryl Crow are their neighbors.

Apart from writing books, Grisham is still a member of the Innocence Project Board of Directors. The organization holds campaigns and helps those who have been convicted unjustly because of DNA analysis. Supporting the project, the former lawyer marked that some reports are inaccurate and it was necessary to double-check the results.

Although the man has stopped playing baseball, he continues to follow the news related to this sport. In 1996, he spent $3,8 million to build a children’s baseball school in Oxford. He also sponsors Cavalier from Covesville, Virginia. 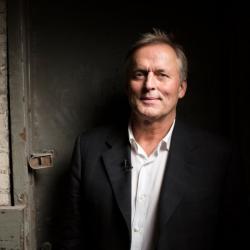