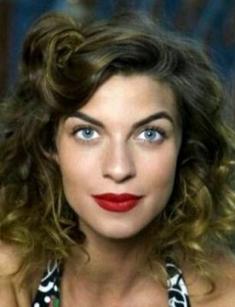 Many people know Natalia Tena for several Harry Potter movies, but the actress has also participated in dozens of other projects. Today, she continues to work on movies, series, and short movies, to fans’ pleasure.

The future celebrity was born in fall 1984 in London. Her Spanish parents instilled the love for the ancestors’ land in their daughter, and little Natalia could speak both Spanish and English. The father worked as a carpenter; the mother was a secretary.

None of the family stood out for their artistic talents, but the girl’s agile character made the parents take her to various clubs. Tena used to play piano, violin, and accordion and attended painting classes. She joined a theater studio at the age of nine and participated in classical English plays along with other child actors. Juliet from Shakespeare’s famous play was the first role of the young artist. At the same time, Tena went to the prestigious Bedales school.

Natalia debuted on the screen in 2001: the series Doctors about the life of a hospital brought a secondary part of a hysterical patient trying to seduce a physician. Although the part was small, it opened the road to other projects.

The next year, the young woman appeared in the movie About a Boy starring Hugh Grant. The creators of the project saw the actress as a perfect candidate to personify the disobedient, stubborn school student, Ellie. They were right: Natalia did her job impeccably.

The next few years, the artist was offered many roles in full-length movies and series; one could see her in Shameless, Afterlife, Battleground: The Art of War, The Fine Art of Love, and Mrs. Henderson Presents.

The real fame came in 2007 when the directors of Harry Potter and the Order of the Phoenix invited Tena to play Nymphadora Tonks. Although the first two auditions were not much successful, Natalia was given another chance – and she used it well.

The part of courageous and clumsy Tonks was short. Nevertheless, the collaboration with Daniel Radcliffe, Rupert Grint, and Emma Watson was valuable for the artist. David Thewlis played Nymphadora’s husband, Remus Lupin, who taught Defense Against the Dark Arts in Hogwarts.

The gap between these projects was a year, and Tena did not waste this time. In 2010, she participated in the sci-fi drama Womb; 2011 brought the popular series Game of Thrones where the woman played Osha, one of the Others who served to Bran Stark.

At the same time, the artist joined the cast of the series Black Mirror. The next years were marked with the mini-series Ambassadors and the series Residue and SuperBob. In 2017, Natalia played in the melodrama Amar and the comedy Anchor and Hope.

Spring 2018 brought the series Origin. Natalia gained one of the lead parts and collaborated with Tom Felton. As the story runs, a group of strangers finds themselves on board a spaceship. They cooperate to survive, but there is a traitor among them.

Singing became not only a hobby but also a profession for Natalia Tena. She created the group Molotov Jukebox and became a vocalist; she also writes songs and plays the accordion. There are two guitarists, a drummer, a violinist, and a trumpeter in the band. Thus, the childhood love of music did not go unnoticed.

Although the group does not have large shows in stadiums, its performances in clubs are always successful; many people gather to listen to the artists. The first studio album Carnival Flovers was released in 2014; they had had mini-versions with five sings before. The second disc was presented in 2016, as well as several music videos.

Today, the band has stopped its activities. Perhaps, Natalia decided to focus on movies, but fans hope she will return to music in the future.

Natalia prefers not to disclose the information about her personal life; she is not married and has no kids. Perhaps, she is not going to create a family now – or skillfully hides her partner from journalists.

Judging by photos on social networks, the artist loves animals; she often takes pictures with kittens and dogs who are, presumably, her own pets. Besides, the woman likes to go to the beach and hang out with her friends.

The actress tries to stay in touch with her fans on Twitter; fan pages on Instagram also exist. One can find many pictures from social events and photos shoots, as well as personal moments. Although the artist does not post photos in a swimsuit, she looks slim and athletic.