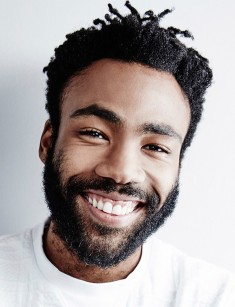 Donald Glover’s talent has proved to be multidimensional: he is an excellent scriptwriter, director, singer, and, of course, actor. Besides, he is a caring father and partner for his beloved woman.

Donald Glover was born on September 25, 1983. He grew up with four siblings two of which had been adopted. The boy spent his childhood in Stone Mountain, Georgia, not far from Atlanta.

The largest bas-relief memorial portraying three Confederate leaders is situated in Stone Mountain; the locals saved that spirit. In his interviews, Donald remembered how difficult it was to be a black boy there: he made friends with white classmates, and their parents seemed nice and polite. However, they told their children not to communicate with their black friend behind Donald’s back.

Glover’s parents belonged to the middle class. The mother was a kindergarten administrator, and the father worked at a post office. The family belonged to Jehovah's Witnesses, and the children were brought up in accordance with the rules of this religious organization: pop culture, music, and cinematography were not welcomed.

Glover mentioned that he did not watch TV, unlike his peers, but this fact gave him the ground to develop his imagination. The boy organized puppet theater performances for his siblings and worked on his own scenarios.

Despite his religious beliefs, Donald’s father was a passionate fan of Star Wars and various genres of music. It was the father who introduced his son to the world of fantastic and adventure movies. As Glover graduated from middle school, he enrolled at New York University. In 2006, he got a degree in dramatic writing.

As a student, Donald had the chance to try himself as a scriptwriter: in 2005, he was invited to the crew of the popular American program, The Daily Show. The young man continued to develop his career in 2006 when he began to work on the TV series 30 Rock as a scriptwriter. He participated in this project until 2009. Besides, he showed his acting talent there and played episodic roles.

The young man was not busy with his scriptwriter’s career only: he became a member of the sketch group Derrick Comedy that shared their videos on YouTube and performed as a stand-up comedian. The Internet users liked the group’s materials immensely. As a result, in 2009, a full-length movie Mystery Team came out.

The same year, the artist had a break-through offer: the role of Troy Barnes, a former soccer player who suddenly got into a college in the series Community. It was the story of diverse people who met at a college and made friends.

Critics and ordinary viewers loved the project; its ratings were top. Community was often named the best series and iconic.

The wave of popularity brought the actor the roles in feature-length movies. In 2015, the actor gained a role in the box-grossing The Martian. Glover played a NASA employee, an astrophysicist Rich Purnell. By the way, the project implied that everybody had enough knowledge on the subject. Many actors including Donald Glover had to study the related scientific materials.

2016 brought the TV series Atlanta. Donald not only played the main character but also worked as a director, scriptwriter, and producer. It is the story of two cousins who try to enter the rap music industry. Glover’s character is a loser expelled from Princeton University; he has no money or future perspectives. As the young man tries to make it up to his relatives and daughter and become somebody, he helps his cousin become a star.

From the first episodes, the comedy’s ratings were high; critics’ reviews were favorable as well. Some movie experts even believe that a full-length movie based on the project may be released soon.

In addition to acting, the artist voices animated movies: Robot Chicken, Ultimate Spider-Man. The work on the Marvel character was not limited by voicing: in 2017, Jon Watts’s Spider-Man: Homecoming came out. Donald played Aaron Davis, the dangerous criminal of the fantastic universe.

Glover’s diverse talents manifested themselves in music. In 2008, he started his career under the pseudonym Childish Gambino and released several independent works.

The man treats his family life carefully and tries to minimize the media attention to his partner and children. For this reason, only a few facts are known. The name of the actor’s wife is Michelle; the couple has two sons. The birth of the first boy was kept secret. However, the paparazzi managed to take pictures of pregnant Michelle when she was in Hawaii; at the beginning of 2016, her photo with a baby stroller was published.

The artist himself announced that his second kid was born. It happened in January 2018; the details are unknown.

Donald Glover does not like social networks and prefers eye-to-eye communication or anonymous Internet interaction. His verified Instagram page is empty.

The TV star successfully combines parenthood and career. In May 2018, the premiere of the Star Wars spin-off, Solo: A Star Wars Story, took place. Glover played Lando Calrissian, his favorite character in his childhood.

The work on the series Atlanta continues; the next season promises to be legendary.

In 2019, The Lion King, the remake of the animated movie loved by millions of children, will be released. Glover had the opportunity to play the main character, Simba. The shooting on the blue background began in summer 2017.

The star also continues his singer’s career. In 2018, Childish Gambino had a tour in the United States. 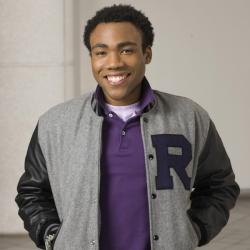