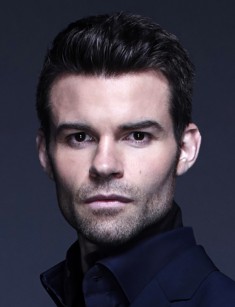 Daniel Gillies is a famous Canadian actor well-known for his roles in the vampire TV series True Blood, The Vampire Diaries and The Originals. The biography of this young man does not look like a fairy tale. There was no happy circumstance in Gillies's life when casting agents noticed future movie stars on the street accidentally. Daniel followed the old Hollywood path on his own, not relying on anyone.

Daniel was born on March 14, 1976, in the city of Winnipeg, Manitoba, which is the commercial and transportation center of the Canadian Midwest. When Gillies was five years old, he and his parents moved to sunny and picturesque New Zealand.

The boy’s family was not creative. His father is a pediatrician, and his mother is a nurse. It is known that Daniel's great-grandfather was Sir Harold Gillies, a renowned ENT/plastic surgery pioneer. Harold was the first who decided to perform a skin graft to cover lost skin. He worked at Queen Mary’s Hospital in London and performed unprecedented facial reconstruction operations.

Although Daniel was brought up in a medical dynasty, he did not want to follow in his ancestors’ footsteps. However, the father of the actor dreamed that his offspring would wear a white robe and hold a stethoscope. It was no accident that Daniel began to perform on the stage, and the young man once said: "This is the only thing I've ever liked." Therefore, all parents’ attempts to explain to their child the importance of the medical profession were in vain.

In New Zealand, the young man did not get a golden ticket to the big movie. Daniel attended the auditions tirelessly, but he got only a bit part in the series Street Legal (2002–2003). He was disappointed at the lack of opportunities in the sunny state, so the young man went to take a chance in Sydney, Australia's largest city, where he stayed for six weeks.

Then Gillies moved to Canada. Few people know that at homeland the man worked for tips. He served dishes, poured drinks in a restaurant, and also washed up. But it did not last long, because Daniel wanted to save money to go to the center of the film industry, Los Angeles. Having collected the right amount, the young man abandoned the profession of a waiter and went to pursue a career in the show business in the City of Angels.

Initially, Daniel played minor and secondary roles. But the young man did not give up and tried to attract the attention of famous directors. Gillies's life was like traveling across auditions. The aspiring actor wandered from one casting to another from the early morning. Since the young man did not have money, Daniel had to escape a cafe without paying for dinner.

Gillies became really successful in 2004. He played in Spider-Man 2, a superhero film directed by Sam Raimi, who is familiar to film fans for the cult horror Evil Dead series. Daniel played a minor but prominent role in the adventure saga about an ordinary student, Peter Parker (Tobey Maguire), who had supernatural abilities and fought evil.

He appeared as John Jameson, a son of the Bugle publisher, who hated Spider-Man and wanted to make a sensation publishing a photo of the person who was hiding under a mysterious costume. Kirsten Dunst, James Franco, Elya Baskin, Willem Dafoe, and other movie stars also joined the cast.

In 2004 Daniel also played in the slasher movie Trespassing. The plot centers on Carl Bryce, who kills his parents. In this eccentric horror film, Gillies portrayed a student, Mark, who adores such blood-chilling stories. Mark goes along with his friends to the plantation where Bryce's house was and faces a ruthless maniac in a dog mask.

Later, Daniel played a completely different role. If earlier he played in a superhero neo-noir thriller and a bloody horror film, then he appeared in the Indian musical Bride and Prejudice (2004), which was based on Jane Austen's novel Pride and Prejudice.

In 2007, Gillies played a leading role in the X rated action film Captivity. The plot of this film resembles classic horror thrillers. A beautiful girl is kidnapped by a psychopath and watches videotapes containing images of the victims who were tortured before. Daniel managed to show the despair, cruelty, and fear, but despite the brilliant acting, this film by Roland Joffé did not receive positive reviews from film critics and movie lovers.

A year later, Daniel participated in the drama Uncross the Stars, where he portrayed Troy, who was depressed because he lost his wife. The widower leaves for his aunt in the Arizona desert and meets the amazing inhabitants of this town, who encourage the young man and help him overcome his grief. In 2008, Gillies played a bit part in the series True Blood, and then acted in the favorite project The Vampire Diaries.

The plot of the supernatural drama television series is non-trivial. The strange and gloomy things happen in the foggy town of Mystic Falls. There are rumors that bloodthirsty creatures from the past have returned to this place. Two vampires, Stefan (Paul Wesley) and Damon (Ian Somerhalder), fell in love with an ordinary girl, Elena (Nina Dobrev), who survived the death of her parents. Thus, the 17-year-old girl is involved in a cunning love triangle.

Gillies portrayed an antagonist, Elijah Mikaelson, a representative of the original vampires, in The Vampire Diaries, which attracted the army of female fans. He can move very fast, has immortality, can affect people's thoughts, as well as recover from serious injuries. All these qualities make the ancient vampire, Elijah, almost invincible. By the way, many fans of the series have noticed that Gillies and Nathaniel Buzolic, who played Kol Mikaelson, looked very much alike. Some people were convinced that these actors were not only on-screen brothers, but also real ones.

It is noteworthy that the 2013 spin-off The Originals is the third film saga in the life of Daniel. It tells about bloodthirsty vampires. It is a kind of reference to The Vampire Diaries; however, Gillies played a leading role there. Joseph Morgan, Phoebe Tonkin, Charles Michael Davis, Claire Holt, and other actors also participated in this multi-part film.

Judging by the Instagram page of Daniel Gillies, the actor is a philanthropist. For example, he is concerned about the problems of starvation in African countries. The actor urges people to pay attention to the situation in the modern world.

“After a year and a half of conflicts, this part of the world has been destroyed. Millions of people did not have access to food and clean water. Half a million children suffered from malnutrition. I ask you to join me and donate to Action Against Hunger which is actively waging war against hunger,” the actor wrote on his social page.

As for relationships, there were rumors for a while that Gillies was gay. But it was not confirmed, because Daniel is a loving father and an exemplary family man. In 2004, the actor married Rachael Leigh Cook, who is well-known for the films 11:14 (2003), American Crime (2004), Blonde Ambition (2007), etc. The lovers had dated less than a year before the wedding. In 2013, the couple had a daughter, Charlotte Easton, and in 2015, a son, Theodore Vigo Gillies.

The actor has said that he sees the children once a week because of the busy schedule. It is also known that Daniel reads fantasy literature and loves chocolate. Gillies admitted that in 2012, he kept to a strict diet, but still cannot resist sweets.

In 2017, the actor continues to please fans with a role in the TV series The Originals. There are also rumors that Daniel will appear in the drama series SEAL Team, which tells the story of an elite unit of United States Navy SEALs. 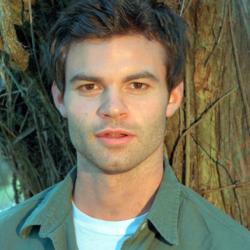