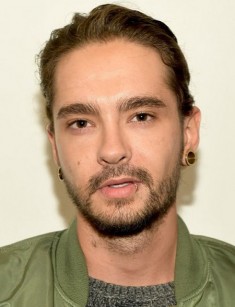 When classmates began to mock at Tom Kaulitz because of his long hair, he decided to grow it even longer. This intransigence to any social limits gave the musician the chance to go through the fame when Tom and his twin brother Bill Kaulitz created the group Tokio Hotel. Initially, school girls constituted the majority of their fans; almost everyone seemed to criticize the band of German teenage rockers.

However, the synth-pop group found its niche in the international music; by 2017, five studio albums had been released. The guitarist of Tokio Hotel, Tom not only learned how to play other instruments but also tried himself as a producer and prepared his brother Bill Kaulitz’s solo album.

Magdeburg is the group’s home city: the twins lived and went to school there. The first concerts were also held in that city. However, Bill and Tom were born in Leipzig on September 1, 1989. Tom was born ten minutes earlier than Bill and considers himself the elder brother.

The family was middle-class: the father was a transit truck driver, and the mother was a tailor. The parents’ life together did not work out; when the children went to school, Jörg and Simone divorced. The boys stayed with their mother who moved to village Loitsche near Magdeburg.

Nobody knows what Tom’s life could have been like if Simone had not met Gordon Trümper. The vocalist of the famous group Future not only became the father figure for the twins but also instilled the love of music in them.

Gordon taught Tom how to play the guitar and told Bill about the basics of vocal. As the frontman of Tokio Hotel said in his interviews, thanks to Trümper, he and his brother started creating music at seven.

Just like his brother, Tom was bullied by his peers because of his unusual appearance and interest in music. The eldest twin was accused of being gay due to his long hair. These ordeals only strengthened the teenager’s character: at 12, instead of having his hair cut, he came to school with dreadlocks. This hairstyle was his trademark for many years.

At that period, the brothers decided to give their first concert. The debut concert, as well as the next ones, took place in Gröninger Bad in Magdeburg. Georg Listing and Gustav Schäfer used to spend their free time in this club. They had an interest in the twins’ music and joined them later. Georg became a bass guitar player; Gustav played drums.

For the next two years, the teenagers played in the group Devilish; they even released their album under the same title and sold its copies at concerts. In 2003, the situation changed dramatically: Peter Hoffman noticed the 14-year-old artists when he visited their concert in Magdeburg. The producer who had collaborated with Sarah Brightman and Jim Morrison’s group The Doors believed the band was going to be a success.

Thanks to Hoffman, the group changed its name; Tokio Hotel began to collaborate with Sony BMG. In August 2005, the first single and the music video “Durch den Monsun” were presented. At the beginning of the fall, the pop-rockers pleased their fans with the first album Schrei; the second music video for the song “Schrei” came out at the end of the year.

Tokio Hotel’s debut was bright: their unique style, lyrics close to every teenager, and media support worked out perfectly. In March 2006, together with his band, Tom won the Echo Awards that internationals stars like Whitney Houston and Paul McCartney had.

In 2007, Tom had his first tour “Zimmer 483” supporting the second album. Tokio Hotel gave 12 top-billed concerts in a month and a half. Russian fans made a large percentage of the group’s fan base. Besides, Russia became the second county after Germany where the second album had the platinum status. The next releases in 2009 and 2014 became golden there.

Two years later, Tokio Hotel was invited to perform at MTV Music Awards as the Best Group. Before the event, Bill had a car accident. He was not hurt, but Tom, his mother, and stepfather spent a whole night to calm the vocalist down. Despite the incident, the group gave a good show the next day.

In 2016, Tom produced his brother’s solo album I’m Not OK; there were five tracks there. Tom’s name is given among the authors of each song. The next year brought the fifth studio album, Dream Machine. In the German national music chart, this work reached number five. Besides, Dream Machine achieved excellent results in Austrian and Swiss music charts.

The sudden popularity became the challenge not only for the group’s frontman but also his brother. In 2009, the scandal erupted: Tom slapped a fan. Later, he explained that he was protecting his mother from the inadequate girl. However, the incidents with stalkers continued, and the Kaulitz brothers moved to Los Angeles; nowadays, they continue to live there.

June 19, 2015 became “a black day” for Tom Kaulitz’s fans: the musician married the German model Ria Sommerfeld. However, the woman did not spend much time as the guitarist’s wife: in six months, they divorced.

In 2017, the media spread the rumors that Tom was seeing Shermine Shahrivar, the Iranian model and Miss Europa 2005; she was seven years older than Kaulitz.

In 2018, the musician began to date the supermodel Heidi Klum. People are discussing it passionately: the couple’s age difference is 16 years. However, the lovers do not care about it. Heidi posts photos with Tom on her Instagram; she wears no makeup there.

Today, the elder twin continues to be a musician in Tokio Hotel.

In summer 2018, Bill Kaulitz announced on his Instagram page that the group was working on a new album. Unlike his brother, Tom is not registered on Twitter or Instagram. 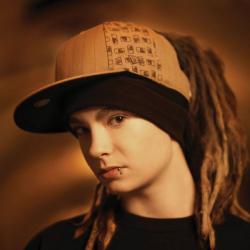