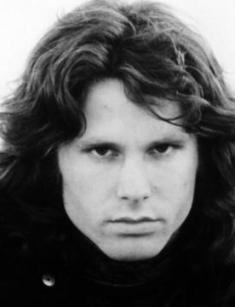 Jim Morrison was a charismatic, unique, and talented musician. Despite his early death, the became a legend in the world of rock music and continues to be an icon today, almost 50 years after he left.

His group The Doors went down in the history of the global music culture. Jim Morrison was a unique charm, memorable voice, and destructive lifestyle that led him to an early death.

The future star was born in Melbourne, Florida, on December 8, 1943. The parents had Irish, English, and Scottish roots. The father, George Stephen Morrison, became an admiral; the mother’s name was Clara Virginia. There were three kids in the family: Jim, Anne, and Andrew.

Teachers admired young Morrison for his intelligence (the boy’s IQ was 149); he could charm everyone. However, still waters run deep: Jim liked to lie and mastered this skill to the highest level; besides, he liked cruel pranks and often did it to his younger brother.

Due to the father’s military duties, the family had to move frequently. When Jim was four, he witnessed a horrible car accident with a truck transporting Native Americans in New Mexico. According to the musician, he saw dead bodies in blood and learned fear for the first time in his life; he was sure that the souls of the deceased entered his body.

Little Jim loved to read and preferred philosophers’ and symbolist poets’ works; they were not easy to understand. Friedrich Nietzsche was the boy’s favorite writer. Later, Morrison’s teacher told journalists he often went to the Library of Congress to make sure the books his students had spoken about existed. Besides, the would-be star wrote poems and drew inappropriate caricatures in his spare time.

Jim was not tired of frequent moving and adapting to new places. The 19-year-old young man went to Tallahassee in 1962 and enrolled at Florida State University.

However, he did not like the city and decided to change something; he headed to Los Angeles and began to study cinematography at the University of California, Los Angeles. Josef von Sternberg and Stanley Kramer taught there; young Francis Ford Coppola also studied there at that period.

Morrison did not take great pains studying. He got familiar with Hieronymus Bosch’s art and Renaissance as well as acting and cinematography; still, it was all just a background. Jim’s intelligence helped him reach academic success, yet he preferred alcohol and parties to deep learning.

This is when the idea to create a rock group came in. The young man even wrote about it to his father, but the man viewed it as a bad impulsive joke. Sadly, the relationship with the parents deteriorated; when the musician was asked about them, he would tell journalists they had died. The parents also refused to give interviews about their son; they did not change their mind many years later.

Similar to the parents, teachers and fellow students did not see Jim as an artist. UCLA graduates were supposed to create their own movies, and Morrison put endeavor to his final project. However, nobody appreciated its artistic value. The young man was going to quit his studies a couple of weeks before the finish, but teachers persuaded him not to take this ill-judged step.

With all that, the University of California brought some benefits: the young talent met Ray Manzarek there; the friends organized the iconic group The Doors together.

Soon, the drummer John Densmore and his friend, the guitarist Robby Krieger, joined the team. The name of the band came from Aldous Huxley’s (Brave New World) book The Doors of Perception – of course, it was Jim’s idea. The artist wanted to become the door of perception for his fans; the friends agreed.

The first months brought no luck: the majority of the musicians were amateurs, and Morrison felt shy and embarrassed on the stage. He would turn his back to the audience for the whole concert; more than that, he continued to consume alcohol and drugs and did not hesitate to go to his shows drunk.

People called him “that hairy guy”. Morrison’s charisma was fascinating and worked even when he turned his back to the audience; when the group’s performance was unsuccessful, girls still liked the mysterious soloist and his hypnotizing voice.

Soon, the producer Paul A. Rothchild noticed The Doors and offered them a contract with Elektra Records.

The first album, The Doors, was released in 1967; “Alabama Song”, “Light My Fire”, and other tracks blew music charts and brought much popularity. The musician continued to use substances; perhaps, they contributed to the mysterious fleur in his songs.

Inspiring and mesmerizing, the icon of millions was getting lower. In his last years, Jim put on some weight, fought against police officers, and was even arrested during a show; he appeared drunk on the stage and went off on the audience. Robby Krieger had to complete singles and albums – the frontman was unable to do it.

Jim Morrison was popular among women. There were many speculations about the artist’s romances, and a large part of it could be real. In 1969, the singer met the music magazine editor Patricia Kennealy. The lovers had a Celtic marriage the next year: the woman was fond of the Celtic culture.

This event fueled people’s interest in the artist; he was accused of occultism. Although the couple never married officially, Jim always said he loved Patricia, and their souls would always be connected.

In spring 1971, Jim and his friend Pamela Courson went to Paris; Morrison was going to have a rest and work on a poetry book there. They drank alcohol in the daytime and took heroin in the evening.

The musician felt sick at night but refused to call an ambulance; Pamela went to bed. On July 3, 1971, at 5 a.m., she found Morrison’s dead body in a bath full of hot water.

There were many versions of how the frontman of The Doors died. Some believed it was a suicide; others claimed the FBI staged the death to fight the influential hippie figure; there were also theories about a drug dealer whose heroin was too strong for the man. Pamela Courson was the only witness whose words could clarify the situation, but she died of an overdose three years later.

The iconic artist’s grave is located at Père Lachaise Cemetery in Paris. It is a significant place for the group’s fans; some of them even wrote words of love on neighboring tombs. Jim is included in The 27 Club uniting famous people who died at 27; Kurt Cobain, Jimi Hendrix, and others.

Seven years after Morrison’s death, the studio album An American Prayer was released: Jim was reading poems to the rhythmical music.