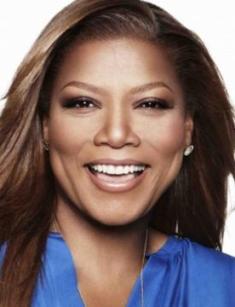 Queen Latifah is a popular American singer who is often called the queen of female rappers; she is also a photo model and actress and participated in 30 movies. The majority of her characters are daredevils who do not care about other people’s opinions, just like talented and eccentric Latifah.

Dana Elaine Owens has African and Indian roots. The future celebrity was born in New York on March 18, 1970.

The girl had a brother, Lancelot. The mother worked as a teacher, and the father was a police officer; they divorced when their daughter turned ten.

Dana received the nickname “Latifah” (“tender”) in her childhood: a cousin gave it to her. When it was time to choose a stage name, Owens decided to take it.

As a school student, the young woman played in a basketball team. However, the sport did not attract her as much as music and the stage: she tried to participate in every school performance and sang in a church choir. The artist debuted at St. Anne's parochial school: she sang the aria “Home” from the musical The Wiz.

The teenager created her first rap songs about black women’s lives. After graduation, she joined the group Ladies Fresh.

One day, Latifah’s mother showed her daughter’s song to a local DJ Mark James, and he helped the young talents appear on the stage. Mark organized a small studio in a basement; the girl band recorded their first album there and changed the name to Flavor Unit.

Further on, Mark gave the disc to his MTV friend Fred Brathwaite. Thus, the group entered the world of music. The Tommy Boy Records producer Dante Ross noticed them but signed a three-year contract with Latifah only. 1988 brought the first professional single “Wrath of My Madness”. The singer got the opportunity to perform at the Apollo Theater in Harlem; it was significant for her career as well as the whole black music culture.

1999 was marked with the first full-fledged album, All Hail the Queen. It made the artist incredibly popular; more than a million copies were sold. It is still considered to be the best female rap work. The next four years, the musician presented two more albums; her hits had six Grammy nominations and received the award for Best Rap Solo Performance for the single “U.N.I.T.Y” in 1995.

The last hip-hop work came out in 1999; she switched to soul and jazz then.

In 2001, Latifah debuted as an actress and appeared in Jungle Fever (1991). The series Living Single (1993-1998) made the artist a remarkable success; her career started developing quickly, and she created her own TV show.

In 2002, critics appreciated Dana’s work in the musical Chicago: she was nominated for the Academy Award for Best Supporting Actress. The musical won the Best Picture Award. Three years later, Latifah got her star on the Hollywood Walk of Fame and participated in the movie Beauty Shop.

In 2006, the artist expanded her filmography with Last Holiday; she personified a shy salesgirl Georgia Byrd. As the character learns about her incurable disease, she breaks bad and lives her life to the fullest. Eventually, Georgia finds the love of her life and the perfect job. Gérard Depardieu became the actress’s stage partner.

Queen Latifah does not like to talk about her personal life; she neither comments nor denies scandalous rumors about herself. The singer has never been married.

The only personal thing that Dana has told journalists is about children: she dreams of having a kid and plans to adopt one. According to the celebrity, she has been planning it since she turned 17.

The audience knows some facts about Latifah’s private life, though. She is bisexual; fans believed her intention to participate in a pride parade meant a coming out.

The rapper used to date Kendu Isaacs and Jeanette Jenkins. Today, she is seeing Eboni Nichols; the paparazzi often catch the couple together, yet the details of the lovers’ meeting and Eboni’s life remain concealed.

The musician was very close to her brother. However, Lancelot died in a motorcycle accident at the age of 24; Latifah had given the vehicle as a present. After all these years, Dana continues to regret that and wears the motorcycle key on the chain around her neck in memory of the tragedy.

“I think the most important thing I’ve learned is to not stop living. I know for a fact that my brother would not want me to stay right there, stuck in that misery”, the artist said in one of her interviews.

Latifah is known for her plum; she has never felt ashamed of her body. The singer’s height is 5.84 feet (178 cm.), and her weight is 209.44 lbs. (95 kg.). One can see her pictures in a swimsuit and revealing clothes on the Internet; in 2005, the celebrity shot for big-size lingerie commercial.

However, Latifah’s physique gave her some problems: she had back pains because of her large breasts. In 2009, the woman had reduction mammoplasty to decrease spine pressure.

The queen of rap is also known as a business shark. When the young singer received the money from her debuting album, she began to invest and started with a small video store located in the same house where she lived. Later, the artist decided that a well-known sphere could be the path of least resistance and took up music producing.

In 2018, the media reported the death of Queen Latifah’s mother; Rita Owens had a severe disease that caused a heart failure. The mother always supported her daughter. Dana talked about her condition in the documentary Mother’s Day created by the American Heart Association.

Today, the singer gives concerts and plans to produce a series: she would like to present a renewed version of the 1993 series Living Single. The celebrity shares pictures with her friends, family, and colleagues on Instagram; more than 4.8 million people follow her.