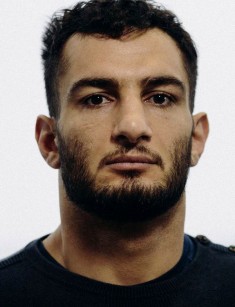 The Iranian MMA fighter Gegard Mousasi is known as the professional: he has won the world’s champion title five times. Today, he is one of the leading athletes and continues to gain new prizes and trophies.

Gegard was born in summer 1985 in Tehran, the capital of Iran. The man is Armenian; his ancestors’ second name was Movsesyan, but one of them changed it to Mousasi about a hundred years ago.

When the boy was four, his family moved to Leiden, the southern Netherlands. Gegard was a good student; he did his homework diligently and made friends with his peers.

The boy took an interest in sports early. At the age of eight, he was engaged in judo and showed impressive results; at 15, he joined a boxing club. The young man liked this sport and practiced for a year. His hard work proved to be successful: at 16, Mousasi became the champion of the Netherlands among amateurs and won 12 out of 13 fights with nine knock-outs.

Gegard did not limit himself and took up kickboxing; later, he entered the world of mixed martial arts.

In 2003, Gegard Mousasi debuted as the professional in MMA. Three years later, the man signed a contract with Pride FC and participated in Welterweight Grand Prix. He knocked out the Olympic judo champion Makoto Takimoto but fail to defeat the MMA Japanese legend Akihiro Gono and left Grand Prix.

In 2006, Gegard fought for the title of the Cage Warriors FC champion and faced Gregory Bouchelaghem; Mousasi won at the beginning. The next five fights brought new victories. In 2008, the athlete signed the contract with the Japanese organization Dream. He had many battles there. In the first round, the sportsman crashed the jujutsu master Denis Kang; later, Mousasi defeated experienced Melvin Manhoef. In the final, he met the jujutsu professional Ronaldo Souza; the victory over him made Mousasi the Dream middleweight champion.

Summer 2009 was marked with the fight between Gegard Mousasi and Renato Sobral; they were candidates for the Strikeforce light heavyweight champion title. It took Gegard one minute to win; this was the shortest struggle for the victory in the history of the organization. The next year, the athlete was stripped of his title: King Mo defeated him. In 2010, Mousasi participated in the light heavyweight Grand Prix again and took back his Dream championship.

When the UFC bought Strikeforce, the majority of the athletes signed an agreement with the Ultimate Fighting Championship; Mousasi was not an exception. In 2013, he debuted in the UFC against Alexander Gustafsson. However, the latter had an injury and was replaced by Ilir Latifi. Mousasi defeated him.

In 2014, Gegard fought Lyoto Machida and lost; however, he managed to defeat Mark Muñoz. The next year brought the technical knockout and the victory over Dan Henderson. In 2016, the sportsman faced Thales Leites, Thiago Santos, and Vitor Belfort and smashed all of them.

Fans remember the 2017 fight when Gegard met the former UFC champion Chris Weidman. In the second round, Mousasi kneed his opponent’s head, and the referee stopped the fight as he believed the athlete had violated the rules. The video recording proved that Gegard’s hits were consistent with the standards, but the match was not resumed because of Weidman’s condition. Thus, Mousasi won.

In summer 2017, Gegard signed a contract with Bellator MMA for six fights. The man debuted in October and fought the Russian Alexander Shlemenko, the former champion of the organization. The fight was challenging; both sportsmen’s techniques were excellent. Mousasi received one point more and gained the victory.

Russian fans and Shlemenko were outraged by this decision. When Alexander streamed live via Periscope, he allowed himself to humiliate Mousasi. Later on, he signed a complaint to the International Mixed Martial Arts Federation and demanded the fight should be revised. The complaint was denied; no mistakes in the referees’ work were registered.

In May 2018, Mousasi fought the then middle-weight Bellator champion, the Brazilian Rafael Carvalho. Gegard won in the first round and did a technical knockout which made him the new Bellator champion.

Similar to some public figures, Gegard Mousasi does not talk much about his personal life; there is no information if the man has a wife and children. He often posts photos on his Instagram page: screenshots from the ring, pictures from practice, meetings with friends, and so on.

On September 29, 2018, Mousasi fought Rory MacDonald in the Bellator tournament. It was the first time he defended his current title. Gegard succeeded: in the second round, he won by a technical knockout.

Today, Gegard continues to take care of his health and keep fit. The man’s height is 188 cm., and his weight is 84 kg. 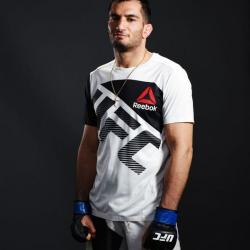