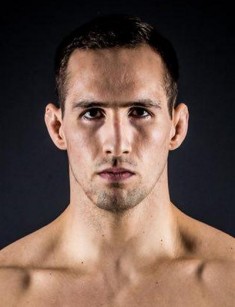 Rory MacDonald is a Canadian athlete, the participant of UFC team who at present occupies the 6th position in the average weight category according to the results of the Sherdog rate. Out of the ring, Rory is an intelligent guy who wears glasses in which he in no way looks like a ruthless fighter. Though, in his assets, he has more than twenty battles which he won including the fight for the title of MMA champion.

The future fighter was born on the 22nd of July, 1989 in the Canadian town of Quesnel. In his childhood, he was a shy and humble boy, and he was lost in the company of strange people. Rory didn't have any desire to spend time reading the books. The only thing that interested him was soccer. Later, to become self-confident, he went to the section of the martial arts and disclosed real talent to the martial arts.

At the age of fourteen MacDonald passed under the leadership of the famous coach Dave Lea and began to train in Toshido Fighting Arts Academy gym situated in the city of Kelowna. His persistent training quickly led the sportsman to the brilliant results: the first Rory's fight took place in 2005, and after that, the young man had no more doubts whether he had chosen the right way in his life. The debut fight took place on the superiority of Extreme Fighting Challenge 4, where Terry Thiara became the rival of the young fighter.

MacDonald has found real pleasure for himself in the public fights. He began to organize each fight in such a way so that he could impress and please his fans as much as possible. The admirers were delighted, and in a short time, the young athlete has become the favorite of the public. This way, single fights have helped Rory not only to make his character more firm but also to overcome his fear of communication and performances. Moreover, he has learned to understand people better and to perceive the criticism quietly.

Since 2011 MacDonald managed to achieve six victories one by one which resulted in the fact that he received Strikeforce champion title. He defeated the experienced fighter Tarec Saffiedine. Even though Rory was still a beginning fighter in UFC, he managed to choose the proper strategy and didn’t let his dangerous rival to get close to him. Already in the 3rd round, he achieved the convincing victory. The Canadian fighter completed the battle by overturning his rival on the floor with a series of direct strikes.

After that Rory transferred to the level of welterweight and received the right to fight against the defending champions, in one of the interviews, he admitted with confidence that it was all the same for him with whom to fight and he was ready to fight even against the strongest rivals – Robbie Lawler and Johny Hendricks. Besides, by that moment the fighter had already had victories in the fights against the top UFC fighters - Tyron Woodley and Demian Maia. After that nobody had doubts about the fact that Rory deserved the highest title.

The UFC 174 tournament became the next step in Rory’s sports. He appeared on the ring against Tyron Woodley one more time and won him with the devastating score 13-2. The opponent tried "to win" it, using the obvious superiority in the muscle mass. Though, MacDonald relied on the speed and well-considered attacks which turned out to be a good strategy. When Woodley got tired, Rory easily turned the course of the action in his favor and defeated his rival with the powerful hits on the head.

After nine victories, being already a professional fighter, Rory concluded the contract with Ultimate Fighting Championship organization. Being a member of the national team, he debuted against Mike Gaymon – the former champion of King of the Cage. He managed to defeat his rival already in the first round with the help of the techniques of the major outer reap and armlock.

The following fight brought MacDonald his first defeat in his career. In the battle with Carlos Condit he showed himself rather well in the first round where he demonstrated the series of successful combinations, but during the third round, he began to give up under the direct strikes of his rival. The duel was stopped by the referee in 7 seconds before the finish and Condit became the winner of it.

After the defeat, the Canadian fighter moved to Montreal and became the member of Tristar Gym team. At UFC 158 superiority he was going to meet Condit again and to take revenge, but the rival didn't come to the repeated fight because of the neck trauma.

In the fight with Robbie Lawler Rory had his second defeat in his career. From the very beginning he seized the initiative at the Canadian, and by the end of the third round, MacDonald got in a knockdown. At the end of the fight, Rory managed to rehabilitate, as Robbie got on the ground. Though, the judges according to their individual decisions didn’t give victory to him.

It was a brutal fight, Rory's photos with an injured bloodstained face appeared in all sports media. Later at the press conference, MacDonald admitted that he was sure that his rival was under the doping effect. He hasn’t managed to prove it - at that time USADA only began cooperation with UFC, and before that fight, the sportsmen weren't examined.

In August of 2016, the fighter concluded the contract with Bellator MMA company and appeared on the ring fighting for the highest title against the defending champion –Brazilian - Douglas Lima. Judges unanimously declared Rory, a winner, and he became the owner of the desired long-awaited award – a champion belt in the light-middleweight category.

Rory is married, his spouse’s name is Olivia. In 2016 Olivia gave birth to their daughter. Having realized that the birth of children implies huge expenses, MacDonald began to think about the financial side of his performances for the first time in his career.

"I am an ordinary guy, and I have always been satisfied with the salary I have received, – the fighter explained in the interview. – But now I want to be sure that I’ll be able to provide my daughter with everything she would like to have".

Since that moment the champion started to choose the most profitable fights to provide his wife and his daughter. He is going to leave the professional sport in 5-6 years to spend more time for his personal life and development in other spheres that's why he has plans to save up as much money as possible by that time.

During Bellator 206 tournament in 2018, the fighter was fighting against Gegard Mousasi and was defeated.

On his Instagram page, he noted that he wasn't ready for this fight psychologically, and his rival demonstrated great results. At present Rory plans to take revenge, but the rivals still haven't arranged any plans about the repeated fight. 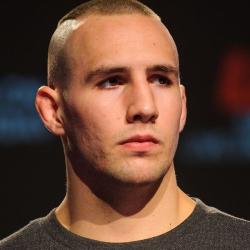