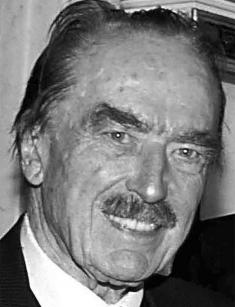 Fred Trump is a known American entrepreneur, who went the whole way through from a simple delivery boy to the owner of a big company. He devoted many years of his life to construction and estate business, reaching enormous success. Because of his outstanding abilities and skills, as well as ambitiousness, Fred Trump managed to leave behind $300 million to his heirs. Together with his wife, he raised five children, one of which, Donald Trump, became the 45th President of the United States.

The future millionaire was born on October 11, 1905, in the Bronx, a borough of New York City. His father, Frederick Trump (his real name was Friedrich Trump), came to New York in 1885 from Kallstadt (in the Kingdom of Bavaria), the area of Europe which is known as the birthplace of Grimm’s fairy tales and the Nazi movement. During the “gold rush” he managed to earn quite a large sum of money, then returned to the village, married the daughter of his neighbor, Elizabeth Christ, and took his new wife to the United States.

Fred was raised with his older sister Elizabeth and younger brother John George Trump. Family members kept the national traditions for a long time, and at home, one could always hear the German language. Fred Trump attended Richmond Hill High School in Queens from 1918 to 1923. However, the parents taught the boy to work since he was a small child. At the age of ten, Fred already had a part-time job as a delivery boy at a butcher's.

When Fred Trump was thirteen years old, his father died. From that time on, the boy had to work twice as hard. After graduating from high school, he worked as a simple handyman on construction sites. At the age of fifteen, Fred became his mother's partner on the company Elizabeth Trump & Son. They were quite successfully engaged in the construction and development of the real estate market. However, until Fred was of age, his mother, Elizabeth Trump, used to sign all the essential documents.

In 1923, the ambitious guy borrowed $800 from his mother and used the money to build his first house in Woodhaven, Queens. He managed to sell it for already 7000 dollars; that, undoubtedly, stood to prove his outstanding skills. In the late 20s, Fred began building single-family homes in Queens. In 1930, workers were given housing subsidies for Franklin Roosevelt's presidency. Trump took advantage of this and sold his constructed houses for $3990.

During the Great Depression, Fred built a huge store and proposed the idea of self-service. The advertising slogan "Serve Yourself and Save!" brought Trump's supermarket not only popularity but also a good income. A year later, the successful businessman sold his creation to the King Kullen supermarket chain, receiving a considerable profit.

The Second World War forced Trump to channel his efforts in a different direction. He began building barracks and garden apartments for U.S. Navy personnel. By the end of the war, Fred had already become a specialist in the middle-income housing for the families of returning veterans. Because of his efforts, a total of 2,700 apartments had been built. Fred Trump's face became known to the public as the face of a great developer.

During 1963-1964 Fred Trump was wholly absorbed in the construction of a Coney Island housing complex, Trump Village, at the cost of $70 million. In 1968, Donald Trump joined his father's construction business. Three years later he became President of the company. In the mid-70s, Donald received a $1 million loan from his father to develop his real estate business in Manhattan, but Fred Trump himself remained working in Queens and Brooklyn.

It should be noted that the talented businessman was able not only to invest money but also to achieve maximum profit from each of his projects. Fred Trump was a tough and ambitious man, which helped him to make a tremendous success. Fred Trump's net worth was $250–300 million (June 1999).

Besides, Fred and his wife Mary Anne MacLeod repeatedly provided support to various medical institutions. For example, they financed the Long Island Jewish Hospital and the Hospital for Special Surgery in Manhattan. Besides, the millionaire donated the land for the Beach Haven Jewish Center in Flatbush, New York. The Salvation Army, the Boy Scouts of America, the school in which his children studied and many other institutions received financial support from Trump.

The last six years of his life, Fred Trump suffered from Alzheimer's disease. Some sources claimed that Fred Trump also had dementia, however, there is no legitimate evidence to this claim. However, the cause of Trump's death was pneumonia, which he contracted in 1999.

The millionaire died on June 25, 1999, at Long Island Jewish Medical Center in New Hyde Park. Fred Trump's funeral was held at the Marble Collegiate Church. He lived for 93 years and left behind a fortune, estimated from $250 to $300 million.

Fred Trump married Mary Anne MacLeod – an immigrant from Scotland, in 1936. They settled in Jamaica (Queens) and created a large family. They had five children – two girls and three boys. The eldest daughter, Maryanne Trump Barry (born 1937), became the United States Court of Appeals judge. Not so lucky Frederick Christ "Freddy" Trump Jr. (1938-1981) was a pilot. Fred Jr. suffered from heavy drinking and died before his parents; the cause of death was complications associated with alcoholism. He had a son, Fred Trump III. Fred C Trump Jr. was a man, whose life involved a lot of mystery; however, on photos, he looks like a regular handsome guy. The second daughter Elizabeth Trump Grau (born 1942) worked as an executive at Chase Manhattan Bank for a long time. Robert Trump (born 1948), became a top executive of his father's property management company.

We especially note the second to last son of Fred and Mary – Donald Trump (born in 1946). He proved to be a successful businessman, TV presenter and author of several books. In 2016, the prestigious Time Magazine declared Donald the Man of The Year. This is not surprising, because the infamous and eccentric Republican, despite the mixed feelings of his fellow citizens towards him, was elected the 45th President of the United States.

During the electoral race, Donald was mainly supported by his closest relatives, among them was the daughter from the first marriage, Ivana Marie "Ivanka" Trump and her husband Jared Kushner, his daughter from the second marriage, Tiffany Trump, and the youngest son – 10-year-old Barron William Trump. The newly elected President took office on 20 January, 2017.

His third wife, Melania Trump, became the first lady of the country. At the inauguration, she looked great, which can be seen in many photos from the event. Two days later, she took her son and went to New York because of the need for Barron to return to school.

Fred Trump had been repeatedly criticized and accused of committing illegal acts. Fred Trump was also accused of being racist. Thus, in 1927, Memorial Day was marked by the fact that in New York there was a rally involving the Ku Klux Klan. As a result, two people were killed, and seven were injured. Fred Trump was among the arrested members of the Ku Klux Klan, but he was never charged. Fred Trump and the KKK were said to have planned all the "casualties". Woody Guthrie, an American folk musician, even wrote a song about Fred Trump being racist, called Old Man Trump.

Fred sought to earn the maximum from each project, so some of his actions seemed illegal. In 1954, Trump was accused of speculation in government contracts and overstatement of the cost of construction works.

In 1973, The Civil Rights Division of the Department of Justice filed a lawsuit against Fred Trump and his son Donald, accusing them of violating the Housing law. The investigation found that Trump's employees refused to rent apartments to black tenants. However, the two businessmen were not severely affected in any way by this case.