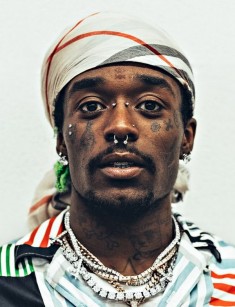 The American rapper Symere Woods known as Lil Uzi Vert is a popular singer and songwriter. He often presents new songs and albums.

The future musician was born in summer 1994 in Philadelphia, Pennsylvania. Woods’s childhood was calm. As a school student, he liked to listen to music and preferred Michael Jackson’s songs; it was Jackson’s album that the future rapper bought for the first time in his life. Besides, the teenager liked Ying Yang Twins. Later, he took an interest in Wiz Khalifa and Meek Mill; these artists influenced his own style.

Symere did not limit himself to rap: at 13, he started listening to Marilyn Manson. The love of hip-hop grew later: Woods was a tenth-grade student when he watched his classmate freestyling for the first time.

The teenager was impressed greatly; he began his music career. Together with his friends, Symere created a rap group Steaktown which did not exist for a long time, though: the band broke up when Woods turned 17. Still, that activity left a mark in the musician’s life.

The rapper did not finish school: he quitted and got hired at a store. Four days later, he resigned. Because of this, the mother threw her son out of the house. At that period, the musician had his first tattoo: the word “faith” on his face.

Officially, Lil Uzi Vert began his career in 2015, but, actually, he started rapping earlier. The young man recorded his debuting album Purple Thoughtz in 2014. Soon, he attracted other musicians’ attention. Later, the life-changing meeting with Don Cannon happened: the man heard the rapper’s song played by DJ Diamond Kuts on the radio and offered him a contract at once. Thus, Lil Uzi Vert began to collaborate with Generation Now and Atlantic Records.

Soon, the young man realized he was not satisfied by his work with recording students: as he admitted in his interviews, the producers did not know him yet behaved as if they were old friends.

In the course of time, the musician presented the track “Money Longer” and became known as a one-hit singer. Other songs were pretty popular, too, but the audience forgot them soon. Even later, when Lil Uzi Vert released successful products, like "Bad and Boujee” with the trip-hop trio Migos from Atlanta, critics continued to claim the rapper could not create anything “eternal,” and his break-through singles were easy to forget.

The artist’s next album, Luv is Rage, came out at the end of 2015. Many famous singers participated in its recording: Don Canon, M-TRAX, Smatt Sertified, and others. Four years later, the young man presented the mixtape Lil Uzi Vert vs. World, the result of another collaboration. In 2016, fans had the chance to enjoy the new album The Perfect Luv Tape.

Despite his popularity and numerous fans, the rapper did not stop conquering the world of music. He continued to work hard and recorded the new album, 1017 vs. The World, with the American musician Gucci Mane by the end of 2016.

The song "XO Tour Llif3" brought much success; it was posted on SoundCloud in February 2017. This track started from number 49 in Billboard Hot 100 and reached number seven soon. The next year, the hit was awarded six prestigious music prizes. “XO Tour Llif3" was included in the rapper’s new album Luv is Rage 2 released in summer 2017; more than 135 000 copies were sold right after that. On September 4, the music video on this song appeared.

2017 also brought the collaboration with Quavo and Travis Scott: they recorded the soundtrack “Go Off” for the movie The Fate of the Furious.

In 2018, the musician continued to cooperate with his colleagues, and some of their works found recognition in American music charts. For example, in October 2018, Lil Uzi Vert and Lil Pump created the single “Multi Millionaire.”

Few facts about the young man’s private life are known; he is more concentrated on his career now. The rapper has ho wife or children; however, in 2014, the media used to spread rumors about his possible romance with the model Brittany Byrd. The woman was significant for the musician until 2017.

One could see that by their frequent social visits; the model often appeared in Woods’s concerts and danced with him for the audience. Lil Uzi Vert devoted several songs to his girlfriend. By the way, fans learned the news about the couple’s break-up from Symere’s song that proved to be a great hit in spring 2017.

Since that time, there has been no information about the rapper’s new relationships. Thus, fans can only guess if the young man has a partner and how he keeps this fact secret.

The American rapper communicates with his fans via social networks and posts concert and personal photos; his songs also appear there. Besides, the artist interacts with other contemporary musicians; the rapper Lil Peep used to be one of them. When he died, Lil Uzi Vert announced he stopped taking drugs and promised to lead a sober life. After the rapper XXXTentacion’s murder, he even asked other musicians to help create the organization against firearm violence.

In 2018, the young man pleased his fans by the news about his new album, Eternal Atake. Although this work was announced in his Instagram many times, it did not come out that year.

Now, the release date has changed: the beginning of 2019. However, the musician claims the album was finished in December of the previous year. 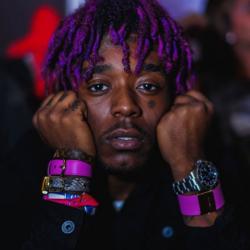