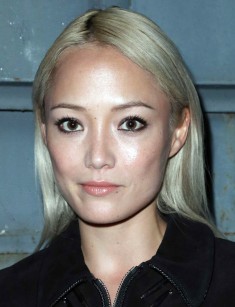 The audience loves Pom Klementieff for her bright characters in the drama Loup and movies Delicacy and Sleepless Nights; however, it was the superhero comics-based movie Guardians of the Galaxy Vol. 2 that brought the actress the international recognition. Pom played beautiful Mantis and multiplied the number of her fans.

The future star was born in spring 1986 in Quebec, Canada. The father worked as a French consul of the French and Russian origin; he went to Canada to perform his professional duties. The woman’s second name comes from Russian “Klementiev”.

From the maternal line, the actress is Korean. The parents chose the Korean name for their second child (they had a seven-year-old son at that moment): “Pom” means “spring” and “tiger”.

The father was sent to Japan when the girl was one year old. Later on, the family moved to West Africa (Côte d’Ivoire) and France. Frequent moving and traveling lifestyle brought to the actress’s soul gypsy memories.

Pom’s childhood can hardly be called happy. When she turned five, the father died of oncology. The mother’s mental disorder deteriorated (she had schizophrenia). As a result, the children’s aunt and uncle took custody of the kids. When the young woman turned 18, another severe blow followed: the father died. Soon, her 25-year-old brother committed suicide.

The aunt believed her niece to have a prestigious profession: she thought that Pom’s life would be better if she built a career of a lawyer. Klementieff wanted to please the woman who became the mother for her and entered a law school. However, she realized that studying documents was boring, and that job could not make her content. Pom’s talent woke up: she dreamed of stage performances.

Pom spent her free time at the Cours Florent drama school stage. She debuted at 19 and won a theater competition soon. The young woman got the prize: the certificate to study drama for two years for free; best teachers trained her. Thus, Pom left legal studies forever.

The actress debuted at 21: she had a secondary role in a melodrama Après lui starring Catherine Deneuve. Klementieff worked only for three days; one of them brought a fall from the stairs. According to the director’s idea, Pom was to push her colleague from the stairs, but she lost balance and fell.

Fortunately, it was a “soft” accident. The director liked that moment and included it into the final version of the movie. Although that work did not bring Pom Klementieff popularity, the woman gained valuable experience.

The first fame came in 2009 when the drama Loup about Far North reindeer herders was released. Pom took the role of the Russian young woman Nastazya and got the experience of working in the severe climatic conditions. Klementieff bravely endured the life in the snow camp and below-zero temperatures; she found a common language with herders. The artist had to swim in the lake with a horse, ride reindeer, and even “talk” to wolves.

2011 brought many bright roles in notable projects. In Frédéric Jardin’s Sleepless Night, Klementieff got a secondary role. The work in the melodramas Love Lasts Three Years and Silhouettes was not much significant. However, the French romantic comedy Delicacy starring Audrey Tautou was marked with success.

The remake of Park Chan-wook’s work was premiered in November 2013. The French actress collaborated with Josh Brolin and Elizabeth Olsen and played a bodyguard, Haeng-Bok; she made up her name herself. To take this role, the artist had to learn how to box.

After Oldboy, Pom moved to Los Angeles to be closer to the dream factory. Soon, she took an interest in Taekwondo and got a purple belt in summer 2014. Thanks to this achievement, the woman managed to receive a role in the Hollywood project Hacker’s Game.

Pom’s character had purple hair; she was good at boxing. The audience welcomed the actress’s character, and critics found something in common between Loise and Lisbeth Salander from the detective thriller The Girl with the Dragon Tattoo.

The actress tasted the real fame when she joined the Marvel movie universe: her character, Mantis, appeared in Guardians of the Galaxy Vol. 2.

2017 was also marked with Matt Spicer’s comedy drama Ingrid Goes West and Drake Doremus’s Newness. The international premiere of the latter movie took place in January 2017. Nicholas Hoult and Courtney Eaton played the main characters. Although Pom’s role was secondary, she was brilliant.

There is little information about Pom Klementieff’s personal life: the actress does not answer questions related to it. The beauty is not married. Her career is developing rapidly. Since she has entered the world of superhero Marvel movies, the woman’s schedule is busy.

The artist’s Instagram page does not help to identify her partner: she does not post photos with boyfriends there.

As the story runs, Avengers unite with the Guardians of the Galaxy and have the final struggle against Thanos who collects Infinity Gems. The premiere of the sequel, Avengers: Endgame, will take place in spring 2019. Again, Pom Klementieff is going to play Mantis, and the duo of Markus and McFeely worked on the script. 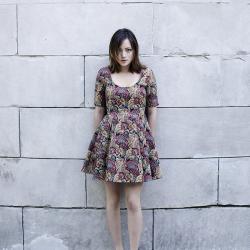