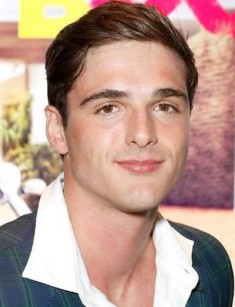 Jacob Elordi is a young Hollywood star. The filmography of the novice actor does not include many projects, but the young man has already managed to gain the reputation of a good actor, having starred in the movie The Kissing Booth and Pirates of the Caribbean: Dead Men Tell No Tales. Nowadays he tries his hand at acting and screenwriting.

Jacob Elordi was born on June 26, 1997, in the Australian city of Brisbane, Queensland. By 2018, the actor has achieved significant results in his career. His family helped him because a friendly and cozy atmosphere reigned there. The parents gave Jacob freedom of choice, not limiting his interests and hobbies. The boy was raised in a Christian home.

The boy attended St. Joseph's School in the suburb of Brisbane, Bundall. The child began to show his acting skills there. Jacob had a lot of talents and paid attention to sports. He has good physical health, which helped his team to win the school rugby competitions for two years.

Elordi participated in school theatre productions. He was fond of dramatic works and subsequently tried his hand at writing, inspired by his first stage experiences. After graduation from high school, the young man entered the college in Nudgee.

The actor took the initial steps on the stage, participating in productions of classical plays such as Romeo and Juliet, A Midsummer Night's Dream. He also participated in drama competitions in which young authors presented their works to public judgment. Jacob showed signing talent in musical projects.

Before Elordi became a stage or scene actor, he had walked on the runway as a model. He is the winner of a fashion show in Melbourne, where entrants must be aged 13 years to 17 years. When he became a model, Jacob began filming. His first roles in short projects were little-known.

Jacob’s acting career has a few works, including bit parts and supporting characters. His first projects were Australian short films Carpe Liam and Max & Iosefa. For the last movie, the artist wrote the script and played a leading role in it.

Two thousand seventeen opened up new opportunities for Elordi. The actor moved to the USA and settled in Los Angeles, California. There he got a bit part in the movie Pirates of the Caribbean: Dead Men Tell No Tales, and fans described his character as “a tall guy wearing a red uniform." Such a description is not surprising because his hero without a name was 193 cm tall and weighed 85 kg.

Elordi’s first significant work was the role of Noah Flynn in the film The Kissing Booth, based on the book by writer Beth Reekles. The actor had to learn to ride a motorcycle for filming. It inspired the young man to buy his own "two-wheeled friend."

The movie premiered on May 11, 2018. The teen comedy with a clear and accessible story turned out to be popular with viewers. Elordi became the idol of teenagers, and Hollywood directors drew attention to the young artist.

Social networks are the primary source of information about the personal lives of stars. Jacob Elordi is an active Instagram user and does not hesitate to share photos with his girlfriend, actress Joey King. He began dating the beautiful young lady during the filming of The Kissing Booth, where Joey played the leading female role.

The young people have admitted in an interview with glossy magazines that their relationship developed during the filming. Joey told Bello magazine how the lovers fall in love. Elordi and King were just friends who loved to make fun of each other, but after a while, they realized that their relationship had moved on to the next level. The 17-hour work shifts and the need to spend a lot of time together helped them to develop romantic feelings.

The couple often appears in public together and visits ordinary places such as the farm market, where the paparazzi took pictures of them in the spring of 2018. The only thing young people complain about is the lack of free time. They rarely manage to be together, because the careers of both artists are rapidly developing. Joey King films in music videos and provides a voice for them, and Jacob Elordi accepts invitations to shoot in movies and TV series.

In 2018, Elordi starred in the comedy Swinging Safari. On the set, he managed to work with actress and singer Kylie Minogue. The horror film The Mortuary Collection with the participation of Elordi will be soon released. 2018 has become fruitful for Jacob. The actor is playing in the movie 2 Hearts directed by Lance Hool, filming in Canada. The movie is based on the novel “All My Tomorrows” by writer Eric Gregory.

It is known that the artist is filming in Augustine Frizzell’s movie Euphoria. The project touches upon acute social issues related to psychology, drugs and other problems of our time.

Jacob Elordi has an active social position. Together with Joey King, he participates in social events and projects implemented in the USA. In 2018, the actors supported a rally to tighten measures to control the sale of weapons. It was organized after tragic incidents in American schools.

Jacob always amazes fans showing new talents such as good singing and passion for music, as well as the ability to take high-quality photos. The actor sets a high bar himself, looking up to movie stars: James Dean and Marlon Brando. Judging by the artist's Instagram page, these Hollywood legendary actors became his idols.

Fans compare Elordi to the actor who played Jeremy Gilbert on The Vampire Diaries. Jacob Elordi looks like Steven R. McQueenlike. The languishing look of brown eyes, brown hair, and strong physique of the actors cause confusion among viewers. 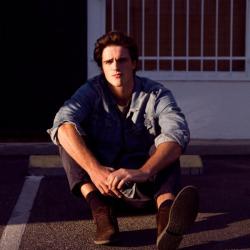