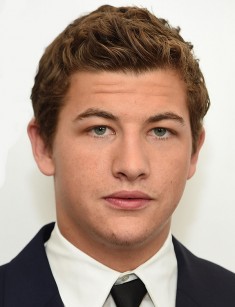 Tye Sheridan is a young Hollywood star, who starred in full-length films alongside outstanding actors. The actor’s debut film won the Palme d'Or in 2011.

The boy was born in autumn, on November 11, 1996, in Elkhart, Texas. His parents’ names are Bryan and Stephanie. Tye also has a sister, Madison.

The parents provided a good education for the boy since childhood. He attended private kindergartens and schools, where he was fond of baseball and American football.

The young actor made his debut in the movie The Tree of Life. Tye played the role of Steve. The movie tells about the life of a boy, Jack, who realizes over time that he has the Oedipus complex. Brad Pitt, Jessica Chastain, and Sean Penn played the leading roles in the film. The creator of the movie was Terrence Malick. In 2011, The Tree of Life premiered at the Cannes Film Festival, where the movie won the main prize.

The brilliant start was followed by a second significant work. The next film was Mud, directed by Jeff Nichols. Oscar-winning Matthew McConaughey played the leading role of Mud. Actors Jacob Lofland, Sam Shepard, and actress Reese Witherspoon also appeared in the film. Tye played a guy named Ellis. He decided to help McConaughey’s hero together with his friend. The movie premiered at the 2012 Cannes Film Festival.

In 2013, Tye was cast in the role of Gary in the drama Joe. The director of the film was David Gordon Green. The film tells about a former criminal, Joe, who has become the mentor of Sheridan’s hero by chance. Joe and Gary are trying to find a better life in a little town in Mississippi. Nicolas Cage portrayed Joe. The film premiered in competition at the Venice International Film Festival. David Gordon Green won the Christopher D. Smithers Foundation Special Award. Tye Sheridan received the Marcello Mastroianni Award.

Two thousand fifteen was a fruitful year for the young and successful artist because Tye starred in six films: Last Days in the Desert, The Stanford Prison Experiment, Dark Places, Entertainment, Scouts Guide to the Zombie Apocalypse and The Tribes of Palos Verdes. In Last Days in the Desert, Tye worked with Ewan McGregor. The plot centers on the demon and a righteous man, who are walking together in the desert.

The movie The Stanford Prison Experiment was based on real events. In 1971 psychologist Philip Zimbardo conducted an experiment to test the human response to restriction of freedom commissioned by the US Navy. Initially, they planned a two-week experiment, but it was eventually completed in six days. Tye Sheridan played the role of Peter Mitchell / Prisoner 819 in the film.

Tye met Charlize Theron on the set of the thriller Dark Places. The film tells about a woman, Libby Day, who was the sole survivor of the massacre of her mother and two sisters. The film also featured Nicholas Hoult, Sterling Jerins, Chloë Grace Moretz.

The young man played the leading role of Ben Goudy in the zombie comedy film Scouts Guide to the Zombie Apocalypse. Then Tye got a role in the cult fantasy action movie X-Men: Apocalypse about mutants. He portrayed the character of Cyclops. Scott's (Cyclops) best ability is to fire destructive optic beams. Tye appeared together with James McAvoy, Oscar Isaac, Jennifer Lawrence, Michael Fassbender.

Then Tye played a title role in the film Detour. The movie premiered at the Tribeca Film Festival. Sheridan portrayed Harper, a young man who wanted to take revenge on his stepfather for his bad attitude towards the boy’s mother. The film received mixed reviews.

In 2017 Tye Sheridan became famous for two movies: All Summers End and The Yellow Birds. All Summers End tells about a young man, Conrad, who fells in love with a girl named Grace. Charming Kaitlyn Dever became Tye’s partner on the set.

The war drama The Yellow Birds centers on two soldiers who go to the crucible of the Iraq war. One of them promised his mother to survive. Tye played the son of brilliant Jennifer Aniston.

There is little information about Tye's personal life. The young man has a blog on Instagram, where he shares photos and videos. The first picture was posted on October 21, 2017. Sheridan has recently registered on this social network and does not like to show his private life.

On July 30, 2017, he visited together with Nicholas Hoult and Kate Upton the FIA Formula E Championship in Canada.

Now the actor is filming actively. In March 2018, the sci-fi film Ready Player One was released, where Tye played the leading role of Wade Watts. Thanks to the film Sheridan managed to work with legendary Steven Spielberg.

Olivia Cooke played the leading female role. The girl was cast in the project in September 2015. She outperformed her main rivals, Elle Fanning and Lola Kirke. Tye joined the cast in February 2016.

In November 2018, the sequel Dark Phoenix is scheduled to premiere, where Tye returns to the role of the young Cyclops. The film focuses on the adolescence of Jean Grey, the time when she began her transformation into the Dark Phoenix. 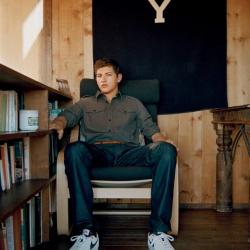