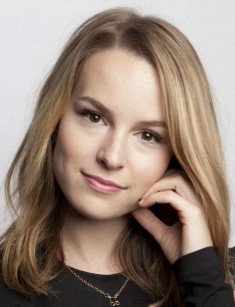 Bridgit Mendler is a young actress who began her career at a young age. Initially, directors offered her small and secondary roles, but thanks to her acting talent and attractive appearance she could conquer the hearts of viewers.

The brown-eyed girl proved herself as an actress who can play diverse roles in comedies and melodramas. Moreover, Bridgit is a world-famous pop-singer.

Bridgit Mendler was born on December 18, 1992, in the capital of the USA, the District of Columbia. Unfortunately, the actress’s childhood and adolescence are like a closed book, but it’s known that when Mendler was eight years old, she and her parents moved to the city of opportunities, San Francisco.

The girl became interested in performing arts and participated in productions in the city located in the state of California. Besides, Mendler played in drama musical theaters and became the youngest performer in the San Francisco Fringe Festival.

When the future TV star was 11 years old, her parents hired an agent who helped Bridgit fulfill her creative potential.

Bridgit Mendler got her first role in 2004. The girl voiced heroine Lucy in the Indian animated film The Legend of Buddha, and three years later the actress got a bit part in the American soap opera General Hospital. This series was listed in Guinness World Records because it can be compared only with Santa Barbara.

In 2007, Bridgit Mendler was lucky to play in the comedy-drama Alice Upside Down, where her colleagues on the set were Alyson Stoner and Lucas Grabeel. This film tells about eleven-year-old Alice, whose life can hardly be called sweet. The girl is not popular with her peers, and her teacher is the evilest at school. But the young heroine copes with difficulties in her life thanks to her dedication.

Later, in 2009, the girl got a supporting role in the film Labor Pains, where Lindsay Lohan, Luke Kirby, Chris Parnell, and Cheryl Hines also played.

The same year, Bridgit Mendler appeared in the adventure comedy Alvin and the Chipmunks: The Squeakquel directed by Betty Thomas. This film, which has become the favorite movie of children and their parents, shows the main characters who gathered again to give a charity concert in Paris, however, they got into trouble.

In the film, Bridgit played a bit part again, but the woman was lucky to meet the stars of show business because the film also featured Zachary Levi, Justin Long, Jesse McCartney, Anna Faris, and Christina Applegate.

It is worth mentioning that Bridgit has played not only in full-length films. Her filmography has several TV series, including the famous multipart film Wizards of Waverly Place, where the young woman appeared as Juliet van Heusen in 11 episodes.

The fans of the Harry Potter series have liked the project that tells about the Russo Family. Alex, Justin, and Max live an ordinary life, go to school, fall in love and meet friends. However, unlike peers, these three teenagers are wizards who can work magic. Selena Gomez, David Henrie, Jake T. Austin, David DeLuise and other stars of show business played alongside Bridgit Mendler in Wizards of Waverly Place.

Two thousand ten was a very productive year for Mendler. She voiced the title character in the full-length animated film The Secret World of Arrietty and also played a leading role in the series Good Luck Charlie, which aired on the Disney Channel until 2014.

It was this multipart comedy film that brought Bridgit Mendler recognition and fame. In the story, the Duncan family has the fourth child, girl Charlie. Since the parents do not have time to raise the baby, the older children have to take care of her. Jason Dolley, Bradley Steven Perry, Eric Allan Kramer, and others played the leading roles.

In 2011, Bridgit appeared in the movie Lemonade Mouth, where she portrayed the title character. It is noteworthy that the young woman also recorded a soundtrack of this film, which topped the American charts. In the movie, where Adam Hicks appeared, five teenagers were kept in after school for bad behavior. But instead of detention, the students form a rock band and dream to take part in the school show Halloween Bash.

In 2012, Mendler played a completely different role, appearing in the medical drama House, where she worked alongside Hugh Laurie, Lisa Edelstein, and Omar Epps.

Two years later, the actress joined the main cast of the television series again and appeared almost in every episode. She got a role in the comedy Undateable, which also starred Chris D'Elia, Brent Morin and Bianca Kajlich.

The girl’s discography consists of one mini-album, four singles, music videos, a collection of soundtracks, etc. Her song “Hurricane” in the series Violetta, where Martina Stoessel played a leading role, peaked atop the charts for a long time.

Bridgit Mendler does not like to tell about her personal life, but the young woman confirmed in an interview that she was dating her colleague on the series Good Luck Charlie, Shane Harper. Fans thought that they were going to marry, but in 2015, there were rumors that the couple broke up. No one knows whether the actress has a boyfriend or husband now.

The girl is 169 cm tall and weighs 55 kg. She is an active user of Instagram, where people can find out about her personal life. The star posts photos depicting her in a bathing suit, as well as pictures of food and traveling.

In 2017, Bridgit pleased her fans with music videos.

In 2018, the actress starred in the film Father of the Year, where she worked with David Spade, Nat Faxon, and Joey Bragg. People can also follow the latest news about Mendler on her official Twitter page. 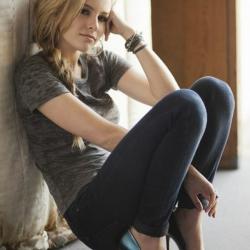