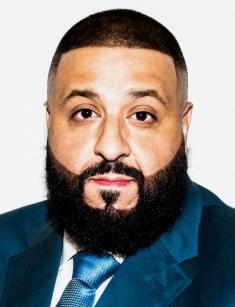 DJ Khaled is a record producer, talented hip-hop singer and one of the most popular beatmakers in the USA. From early years, he showed interest in music and therefore made his dreams about the career come true. Nowadays the DJ is known all over the world, and you can hear his tracks in the best clubs.

The real name of the musician is Khaled Mohamed Khaled. He was born in the fall of 1975 in New Orleans, the USA. His parents are Palestinians who in their youth immigrated to America and settled down there. Khaled isn't an only child in the family. His brother became an actor when he grew up.

Khaled’s parents were musician people and played the Arabic music. That's why Khaled has been interested in art from a young age. As a teenager, he tried to create his first beats on the computer. Rap was the thing the boy liked the most. As soon as his parents noticed Khalid's aspiration for this activity, they supported the son despite being very religious.

His first job in a music shop helped to lay the background of Khaled's musical taste formation. There, young Khaled had unlimited access to the songs of different artists, among which he found those who were the closest to him.

By the time Khaled realized that he would connect his life with music, he had already got acquainted with many young musicians. Therefore, when leaving the work in the shop, the young man begins to play in clubs with tracks. He mixed the sounds of dance hall with hip-hop. The career was developing successfully, Khaled was invited to many large parties and copes with his work.

In 1998, the rapper moved to Miami and got into organizing the show on the party of radio station WEDR «99 Jamz». Five years later, he became a radio host on the same radio station and hosted a weekly broadcast. He had been working for a long time to achieve the goal and become famous for the music created for the wider public. Only in 2006, he became truly popular. At that time, the artist presented his debut album titled «Listennn». His songs became world hits. The album itself held a leading position in the popular American chart Billboard 200 for some time.

Listeners appreciated the second album of the musician in a year. Thousands of copies of the album "We the Best" were sold. Such musicians as Plies, T-Pain, Rick Ross, and others participated in the recording of tracks. The song "We take' Over " took the 12th place on the Billboard Hot 100 and held that position for a long time. The rapper made the video on this song with other singers and later received Ozone Awards for best video.

In 2008, DJ Khaled presented the third album "We Global" and in 2010, a new album called "Victory". Other talented singers such as Snoop Dogg, Nelly, Drake, Rick Ross, and others participated in his recording. By that time, the man was already at the peak of popularity. Working with these stars again consolidated his position on the musical Olympus. In the end, the song "Al I Do Is Win" was certified as a gold single, and the album reached the 12th place of the chart again.

The singer didn’t stop on that. In the period from 2011 to 2012, he released two more discs, "We the Best Forever" and "Kiss the Ring". They were the first released under the labels of Cash Money Records and Universal Motown. Over both plates again working A large number of musicians was working on both albums, and some singles even filmed the collaborate music videos.

The next several years appeared to be no less productive for the rapper. In 2013, he released to listeners the album «Suffering from Success». In 2015, he recorded the tracks for the album «I Changed A Lot» and in a year he released the album called «Major Key». While his tracks were played on the radio, he managed to collaborate with the Dutch consumer electronics company Bang&Olufsen and set up his own line of headphones, which were later advertised in his video. Soon, he revealed that he had parted ways with Cash Money Records.

In 2017, the musician announced the release of the tenth album which was called «Grateful». In March 2018, he premiered the eleventh album «Father of Asahd» and filmed in the Demi Lovato’s video for «I Believe». He opened for her concert as well.

After a while, the man appeared in the video and sang the song "Dinero" with Jennifer Lopez. Khaled had already been working together with this singer before, for example, the song "Wild Thoughts". Rihanna and Bryson Tiller also took part in the recording of the song. DJ Khaled is open for cooperation with many artists. During his career, the rapper also managed to work with Justin Bieber, Cardi B, and some other famous musicians.

Although the press wrote that Khaled dated many beautiful girls, he stayed among bachelors for a long time. For example, there were gossips that rapper was dating models, actresses, and singers. The most discussed was the rumor about his relationships with Nicki Minaj.

Fans believed that the artists would get married, but in fact, they were just friends and kept warm relationships The singer herself dispelled these rumors, saying in an interview that she didn’t have relationships with DJ Khaled.

Now the personal life of the musician is going well. His wife is Nicole Tuck. They have been together since 2007. In 2016, they had a son. The couple has no other children yet.

The singer takes his son to the stage quite often, so the musical career of the artist has become a part of the boy's life. And his wife, in turn, tries to help her husband in business and organizational matters, often negotiating instead of him.

Now, Khaled continues to develop himself in the chosen direction and also tries himself in other projects. In January 2019, it became known that the rapper is starring in the movie Bad Boys for Life, which is scheduled to premiere in 2020.

Despite being busy quite often, the musician always finds time for family. The artist likes to relax in nature and visit close relatives together with his son and wife. He also has an account on Instagram, but it has more photos from work than with his family. Perhaps the artist doesn’t want to to reveal the details of private life to his subscribers. 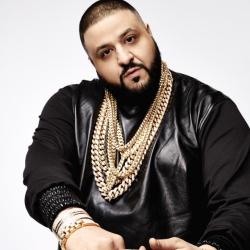