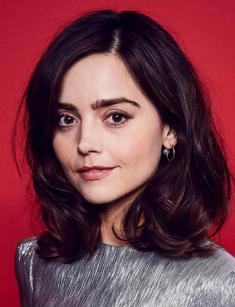 The Whovians know Jenna Coleman as “the impossible girl” Clara Oswald who accompanied the Eleventh and the Twelfth Doctors. This role made Coleman famous all over the globe. However, the actress’s talent is not limited to playing sidekicks: her talent manifested itself in many projects.

Jenna-Louise Coleman was born on April 27, 1986, in Blackpool, Lancashire, into the family of Karen and Keith Coleman. Jenna has an elder brother, Ben. The girl’s grandmother named her granddaughter after Jenny Wade (Priscilla Presley) in the American soap opera Dallas.

Jenna attended Arnold School; she was a head student there. She had no higher education: Coleman could have entered the University of York, but it was impossible to combine studies and acting. Sometimes, the actress regrets that she had had no university experience.

When Jenna was a school student, she joined a theater troupe In Yer Space that presented the play Crystal Clear at the Edinburgh Festival. The young woman’s talent brought her a prize; critics’ reviews were positive as well.

Jenna debuted on television in 2005: she took the role of Jasmine Thomas in the series Emmerdale. The beginning was successful: the actress was nominated for Best Newcomer at Soap Awards 2007; the same role was marked with the nominations for Actress, Sexiest Female, and Best Dramatic Performance at the 2009 British Soap Awards Best.

2009 was marked with the “surreal” experience: the 23-year-old actress played a school student in the series Waterloo Road. Two years later, the artist debuted on the big screen: she appeared in the blockbuster Captain America: The First Avenger. The role of Annie Desmond in the mini-series Titanic was also notable. Coleman described her character as a “cheeky little Cockney” and “the Eliza Doolittle of the ship”.

On March 21, 2012, Jenna’s career changed significantly: the producer of the series Doctor Who Steven Moffat announced that Coleman would play the Eleventh Doctor’s companion. According to Moffat, he selected Jenna for her ability to talk incredibly fast.

Coleman’s character, Clara Oswald, in one of the brightest figures in the new-school series. The Impossible Girl is unique: she is present in timelines of all Doctor’s regenerations.

When Matt Smith left the project, the British actor Peter Capaldi played the next Doctor. Despite the age and acting experience differences, Jenna and Peter wonderfully played the friendship that could destroy formidable obstacles. Coleman worked hard on her role and did all tricks herself, without backup assistance.

Doctor Who brought Jenna Coleman fans outside Great Britain: the majority of fans liked the Doctor’s new companion. As a result, the actress had many opportunities to develop her further career.

Jenna starred in Doctor Who for five years. At the same time, she participated in other projects. In 2013, she appeared in the series Death Comes to Pemberley; 2016 was marked with the role of Katrina Clark in the movie Me Before You.

The same year, Jenna joined the cast of the series Victoria; she played one of the most powerful royals in the history of Great Britain. According to Coleman, she was not familiar with the epoch, but she put much effort into preparations and genuinely admired her character.

In 2018, the actress played in the drama The Cry, the screen adaptation of Helen FitzGerald’s novel.

Jenna is not married; she has no children. The media have presented many speculations about the actress’s personal life.

In 2011, Coleman was seeing Richard Madden, the star of The Game of Thrones. Soon, the couple broke up. In 2016, the woman began to see Tom Hughes, her screen “husband” in Victoria.

As for the rumors, journalists tried to find evidence of the relationship between Jenna and Prince Harry. The press suspected they were dating because they often appeared together. However, the actress denied these speculations in Good Morning Britain and claimed Harry was only a friend.

Jenna Coleman is actively engaged in charity work. She is an ambassador of One to One Children's Fund and helps to spread the objective information about HIV/AIDS in South Africa. Besides, the actress is an ambassador of Place2Be, the charity organization helping school students.

The actress’s fans can watch her life on Instagram: Jenna posts pictures from movie sets, professional photos, and home selfies.

Although Jenna Coleman is a public figure, she is reserved in the British manner. The woman’s body is perfect (her height is 157 cm., and her weight is 55 kg.), but she never participates in hot photo sessions or posts pictures where she is wearing a swimsuit.

Nowadays, the actress continues to star in the series Victoria. However, it is not the woman’s only project.

In September 2018, The Old Vic theater announced that Coleman would come back to the theater: she took the lead role in Arthur Miller’s drama All My Sons. 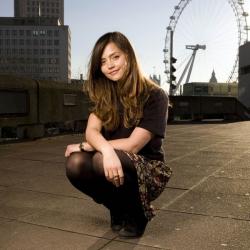