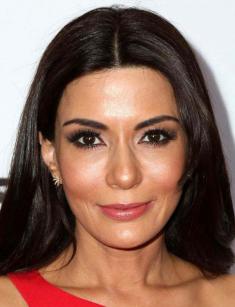 Few Hollywood actresses can switch from comedies to melodramas or horrors. Thanks to her outstanding talent, Marisol Nichols has been popular among directors who work in different genres.

Marisol Nichols was born in the Rogers Park neighborhood of Chicago, Illinois, the USA. The girl never saw her Hungarian and Romanian father. The mother had Mexican roots and lived in Texas. Overall, not so many facts about Marisol’s childhood are known.

The future star grew up in Naperville, Illinois. The girl was the eldest among three children: she had two younger brothers. In her interviews, Marisol confessed she was not a convenient kid. At the age of 17, Nichols changed her behavior as she looked at people around her and realized she would become one of them if she did not do anything. The rebellious teenager turned into a young lady fond of acting and dreaming of a career in Hollywood. Soon, Marisol received her education at College of DuPage Naperville Center.

The young talent started her career with episodic roles in TV series. In 1996, Marisol debuted on TV and played Angela in My Guys. Although this project was not positively reviewed by critics, and the audience did not like it, the artist was noticed. The same year, she took the role of Melissa in the Canadian detective and comedy series Due South and the popular American youth series Beverly Hills, 90210.

1997 was fruitful for the beginning actress: she appeared in five movies including Vegas Vacation and Scream 2.

Nichols is famous for the role of Olivia in one of the best American comedy series, Friends, Bianca in the American series Charmed about three witch sisters, and Antonia Ramos in the TV drama with black comedy elements Nip/Tuck.

The lead role of Nadia Yassir in the American drama series 24 about an imaginary special agency became the actress’s most successful work. Both critics and ordinary viewers appreciated her talent. Soon, the role of Sarah Monohan in the mysterious crime drama series The Gates followed.

In 2010-2017, Nichols’s career seemed to decrease for some reason: the actress had only six projects in seven years. The lead role in the 2012 comedy series GCB was one of the brightest works of that period.

Marisol has won two prizes in ten years: Golden Eagle Award for Most Promising Actress and Latin American ALMA Awards for Outstanding Actress for the movie The Princess and the Marine. This achievement is as significant as the Academy Award in Hollywood.

Throughout her career, the actress collaborated with the American actor and stand-up comedian Martin Lawrence and the actor Stephen Dorff.

Nichols’s first marriage to the Italian artist Andrea Forrentino ended with a divorce. On April 13, 2008, Marisol married the director Taron Lexton. The couple has a daughter Rain India who was born five months after the marriage. Today, the family lives in Los Angeles, California.

From time to time, the actress posts family photos on her personal Instagram. One can also see the artist’s professional pictures. The woman’s shape is perfect: her height is 163 cm., and her weight is only 52 kg.

When Marisol had some health issues, she sought help in alternative medicine. The chiropractor who restored her musculoskeletal system brought Marisol to Scientology, the international quasi-scientific religious movement.

In 2015, Marisol Nichols succeeded at the auditions for the mysterious drama series for teenagers Teen Wolf; she played The Desert Wolf, and there was a new leaf in the woman’s career: many young people became her fans.

In 2017, the woman worked on Riverdale, the American teenage drama based on Archie Comics: she played Hermione Lodge, the mother of teenager Veronica and one of the main characters. Hermione appears in 18 episodes of the first and second seasons.

In addition to her screen career, Nichols has been an active proponent of the respect for human rights. She contributed to banning the most shocking phenomena, human trafficking. Throughout several years, Marisol visited Columbia County eight times and met Congress members as well as representatives of various organizations. She supported the obligatory legislation pertaining to human trafficking prohibition.

Nichols organized two famous campaigns that rose awareness of the human trafficking problem. Today, the actress is working on her own non-commercial organization against violation of human rights. 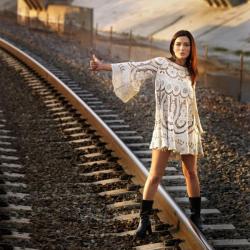