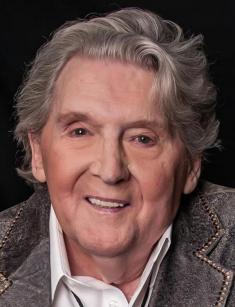 Jerry Lee Lewis is an American pianist and singer nicknamed The Killer; he is the pioneer of rock’n’roll and rockabilly. The musician has a dozen gold albums; he has won several Grammy Awards including a Lifetime Achievement Award.

His famous song “Whole Lotta Shakin 'Goin' On” is present at the National Recording Registry of the Library of Congress. Nowadays, Jerry Lee is the last living member of Million Dollar Quartet where Johnny Cash, Carl Perkins, and Elvis Presley used to play.

Jerry Lee Lewis was born on September 29, 1935, in Ferriday, eastern Louisiana. His parents, Elmo and Mamie, were poor farmers, yet they tried to give their only child everything they could – and even more. When the boy’s cousins, Mickey Gilley and Jimmy Swaggart, got Jerry Lee interested in playing the piano, the parents mortgaged the house and land to buy the expensive instrument.

Mamie insisted that her son should perform only evangelic songs. The woman enrolled him in the Southwest Bible Institute, in Waxahachie, Texas. Soon, rebellious Lewis played boogie-woogie at a church meeting; he was expelled from the institute.

When the young man came back home, he started performing in local clubs. In 1954, Jerry Lee made his first demo and went to Nashville to sign a contract with some record company.

Initially, producers did not see Lewis’s works as something worth attention. In November 1956, the owner of Sun Records Sam Phillips noticed the musician and signed a contract with him on condition that Jerry Lee would participate in other musicians’ recordings. Lewis worked as a session pianist with Carl Perkins, Johnny Cash, and Bill O'Reilly. He was the first person who played keyboard rockabilly songs.

In 1957, Jerry Lee began to work on his own career. By that time, he had released his hits "Whole Lotta Shakin' Goin' On", “Crazy Arms”, and "Great Balls of Fire" and earned international fame. The musician behaved like a madman on the stage: he tapped his heels on the piano, threw away a piano bench and wavered his arms to create the dramatic effect, and even sat and stood on the instrument.

May 1958 brought a scandal related to the musician’s personal life. At that time, he was touring in England and Scotland. Under those circumstances, Jerry Lee’s songs were included in blacklists on the radio, and concerts were canceled. Sam Phillips betrayed his client and presented a false interview with the musician. Only the American DJ Alan Freed remained loyal to the musician and aired his songs.

At that challenging period, Lewis performed in bars and cafés. He wanted to be a public person and recorded the instrumental boogie arrangement of Glenn Miller Orchestra’s song “In the Mood”; he used a pseudonym “The Hawk”. However, the truth was revealed soon: radio presenters and the audience recognized Jerry Lee’s unique manner.

In 1963, the contract with Sun Records expired. The musician started collaborating with Mercury Records. The work began with the song “I’m on Fire” that was supposed to become a hit and bring back the audience’s love and trust. Nevertheless, the interest to rock’n’roll faded away: America got acquainted with The Beatles.

Jerry Lee did not lose his faith and recorded the albums The Return Of Rock, Memphis Beat, and Soul My Way none of which was commercially successful. The fame returned after the 1964 album Live at Star Club: it was one of the greatest live rock’n’roll recordings ever.

On March 9, 1968, Lewis presented Jerry Chesnut’s country song “Another Place, Another Time” that immediately topped music charts of the country. Later on, new hits in the same style followed; 17 of them were included in Billboard top 10.

"What's Made Milwaukee Famous (Has Made A Loser Out of Me)", "To Make Love Sweeter for You", "She Still Comes Around (To Love What's Left of Me)", "Since I Met You Baby", "Once More With Feeling", "One Has My Name (The Other Has My Heart)", and "Sometimes A Memory Ain't Enough" sounded in every radio station and dancefloor in America.

Both critics and the audience were mesmerized by the musician’s light, hearty vocal and wide emotional range similar to George Johnson and Merle Haggard. Lewis became one of the highest-paid singers in the United States. His albums were so popular that a new owner of Sun Records re-released the early albums and sold an awful lot of copies.

In January 1973, Jerry Lee performed in the radio program Grand Ole Opry for the first and the last time. The musician broke all rules and traditions of the program: instead of eight minutes that he should have had between commercials, Lewis played for almost an hour without a break; he talked about music and life and even invited one of the employees to sing with him. The artist continued to record country albums until 1977. The 1977 song “Middle Age Crazy” was the last hit presented by Smash Records.

In 1986, Lewis became one of the first ten members of Rock & Roll Hall of Fame in Cleveland, Ohio. At that period, the singer came back to Sun Records to work on the album Class of '55 with Roy Orbison. It was expected to be similar to Million Dollar Quartet, but critics believed it lacked the atmosphere of 1956.

Three years later, another career breakthrough happened: the musician rerecorded old songs for the movie Great Balls of Fire! that was based on the memories of Lewis’s ex-wife. Dennis Quaid, Winona Ryder, and Alec Baldwin starred in the biopic about the musician’s early legacy.

In 1990, Jerry Lee’s song It Was the Whiskey Talkin' (Not Me)" became the soundtrack for the blockbuster Dick Tracy with Al Pacino, Dustin Hoffman, and Madonna. Lewis continued to tour across the country and abroad. In 1998, he joined the tour of Chuck Berry and Little Richard.

On February 12, 2005, the musician gained the Grammy Lifetime Achievement Award. The next year, the musician presented the next album Last Man Standing; the majority of its songs were created with famous rock stars: B.B. King, Mick Jagger, Ringo Starr, Eric Clapton, and others. Critics’ reviews were positive, and the album appeared in four Billboard charts including the top position in indie-charts for two weeks.

In March 2007, the director Jim Gable presented a DVD Last Man Standing Live with Lewis’s concert videos; many artists, such as Tom Jones, Chris Isaak, and John Fogerty, contributed to it. This collection became platinum in America: more than 500 000 copies were sold.

Jerry Lee Lewis has been married seven times; he has six children. The first marriage to Dorothy Barton lasted for 20 months, from February 1952 to October 1953. Soon, the musician married Jane Mitchum; they spent four years together and had two children.

The musician’s stormy personal life was kept secret until May 1958. During the tour in Great Britain, the reporter Ray Berry discovered that the musician was married to 13-year-old Myra Gale Brown, his first cousin once removed. The news provoked a public outcry; the tour stopped after three shows.

The couple married in December 1957. Soon, their son Steven was born; however, the boy loved only three years. In 1963, the daughter Phoebe was born. In 1970, the spouses divorced: Myra got tired of endless insults and cruelty from her husband.

Jaren Elizabeth Gunn Pate became Lewis’s next wife. The daughter Lori was born in this family. However, things did not work out; Jaren left the musician for another man. Several weeks before the divorce, the woman drowned in a swimming pool. Rumors had it that her death was not an accident, but Lewis denied any involvement in this tragedy.

The next year, the singer had another relationship. Jerry Lee Lewis and Shawn Stephens spent 77 days together; later, the woman died of an overdose. Once again, some people suspected Lewis of what had happened, but no evidence was ever presented.

The marriage with Kerrie McCarver lasted for 21 years; the spouses’ son, Jerry Lee Lewis III, was born in 1973. Initially, Jerry and his wife lived in the USA. When the musician had tax-related problems, they moved to Dublin. In 1997, when the promoter Kieran Cavanagh fixed everything, the couple came back. In 2004, they divorced.

On March 9, 2012, the 76-year-old musician married 62-year-old Judith Brown, the former wife of his cousin Rusty Brown. The ceremony was held in Natchez, Mississippi; journalists and even some friends and relatives learned the news later.

Nowadays, Lewis lives in his ranch in Nesbit, Mississippi. The man runs his own club that had been opened in 2013 in Beale Street, Memphis. Its interior reminds of rock’n’roll: old photos of the musician and his colleagues are attached on the walls, and there is a piano there. Sometimes, Jerry Lee Lewis plays this piano and performs various songs.

On December 31, 2018, Lewis gave a large New Year’s Eve concert on Beale Street. In 2019, the singer will have a tour in the United States and perform in Jackson, Mississippi, Sarasota, Florida, and Greenville, South California. 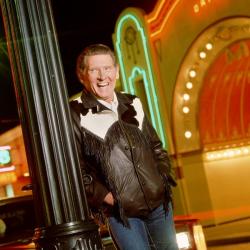