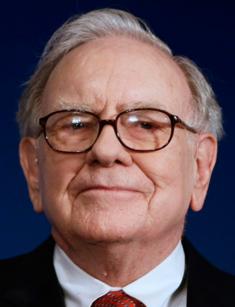 There are legends about the life of the billionaire and investor who regularly tops the Forbes list. The extraordinary way of life, the philanthropist’s generosity, the story of family relationships have always attracted public attention and become the source for books and films about Warren Buffett’s biography.

Warren Buffett was born in Omaha, Nebraska, on August 31, 1930. He was the only son in the Buffett family who had three children. Father Howard Buffett, an entrepreneur and gambler, was a role model for his son who has always admired him. In addition to success in business, Buffett Sr. built a career in politics, winning the Congressional election.

From early childhood, the boy was very mathematically-talented, multiplying complex numbers in his head quickly. His friends considered him a wunderkind, and the young man graduated from school as an external student and proved himself as an excellent businessman.

At school, the billionaire’s biography was already connected with investing, earnings and business. Warren admits that capital raising process has attracted him. He has always known that he would become the owner of billions.

The boy started making the profit at the age of six. He bought a six-pack of cola for 25 cents from his grandfather's store and then sell each bottle individually for 6 cents, making a five-cent profit on each six-pack.

Warren purchased the first shares when he was 11 years old. Together with his sister, the young businessman bought three shares of Cities Service Preferred for $38.25 each. In a while, the price fell to $ 27, which made the little businessman worry.

When the price rose to $ 40, Buffett sold them, making a five-dollar profit (including commission). In a while, the cost rocketed to $ 202 for a share. So the novice investor learned the first rule that you should be patient and not rush.

The teenager distinguished himself with the ways of making money and strategic planning. At the age of 13, Buffett began to earn money delivering newspapers. He reconsidered the delivery route, which made it possible to improve the way and increase the number of customers. Thus, his income increased.

At the same time, the teenager submitted his first income tax return and took a deduction for the use of his bicycle and watch on his route.

The next step was the installation of pinball machines in hairdressing salons. Buffett persuaded a friend to work together, and they bought up broken machines, repaired and installed them in waiting rooms of beauty salons.

Thrifty Warren saved the earnings thoroughly. Soon, he had enough money to buy land, which the entrepreneur leased to farmers, earning a passive income.

After graduation from school, the young man did not want to waste time on further education. Moreover, by that time he already knew more than some teachers and earned a living for himself. However, at the insistence of the parents, the young man entered the University of Pennsylvania. By the way, since 1942 the family lived in Washington, D.C., which Warren did not like. He loved his hometown.

In the end, he neglected his studies in Pennsylvania. The young man left the university, moved back to Nebraska and received a bachelor's degree in his home state. Later, he attempted to enter Harvard but was rejected due to his young age.

However, he was lucky to enter Columbia University, where Benjamin Graham, an investor and financier, paid attention to the aspiring businessman. The teacher influenced the life of Buffett significantly, taught the young man the golden rules for an investor, instilled a love for business and long-term investments.

In 1956, in his native Omaha, Buffett created the first private investment partnership, Buffett Partnership, Ltd., and achieved an incredible increase of 251% in the price of the shares over five years. The investor’s tactics consisted of a thorough analysis of companies, which was not limited to annual profit reports. The millionaire was interested in the biographies of top managers, the history of the company, development prospects.

The strategy and foresight of the entrepreneur led to the fact that in 1965, after dissolving the partnership, the investor took control of a textile manufacturing firm, Berkshire Hathaway, which was on the brink of ruin. Then, he moved the company's business into insurance transactions and investments. Now the organization is still the primary basis of the billionaire’s income.

Buffett adheres to the rule that he should invest capital in understandable and straightforward spheres of business. He has often purchased the shares of those companies which products he preferred to use. During the investment activities, the entrepreneur bought the stocks of the Coca-Cola, Washington Post, Gillette, McDonald's companies.

At the same time, The Oracle of Omaha (Buffett’s nickname) has said that it is useless to predict the exchange market. People should invest money in those companies that remain on the market for many years. Warren's famous quote:

“Our favorite holding period is forever.”

Long-term investment with an average investment period of 10 years is a distinctive feature of the billionaire’s stock exchange strategy. Patience and endurance top the list of gold investment rules developed by Buffett.

It is interesting that IT companies did not deserve the attention of Buffett for a long time. The reason for this is likely the conservatism of the billionaire. He has repeatedly admitted that it is necessary to invest in those industries in which you understand something. Only in 2011, Warren acquired stock in IBM.

It is no wonder that Warren Buffet, the talents of the investor and the stock strategist became an excellent topic for books. The billionaire shared the secrets of success and investment lessons with Robert Hagstrom, the author of the book "The Warren Buffett Way", as well as with Alice Schroeder who wrote the first authorized biography of Warren Buffett "The Snowball: Warren Buffett and the Business of Life."

The legendary billionaire has also appeared in movies. A lot of documentaries have been shot about the life of the investor, including the latest film Becoming Warren Buffett, released in 2017.

In 1952, Susan Thompson became the investor's wife. In the marriage, the couple had three children: Susan, Howard, and Peter. The wife supported the husband, influenced his political views, as well as the attitude towards charity. However, when the children grew up, Susan left Warren, and the couple lived separately for the rest of their lives, without moving forward with a formal divorce.

Meanwhile, the woman was always Buffett’s friend. She also introduced the investor to Astrid Menks, and the billionaire has been in relationships with her. Astrid was born in Latvia, but she has lived in the USA for all her life.

Susan always had an excellent relationship with her husband and his new lover. In 2004, Buffett’s wife died of cancer, and two years later, Warren married Astrid, having dated her for more than 20 years.

By the way, Buffett was also diagnosed with cancer. In 2012, he completed the five-month radiation treatment cycle for prostate cancer.

The billionaire leads an unusual lifestyle. The investor lives in a modest house in Omaha, with five bedrooms, which he bought in the 1950s. The billionaire loves fast food and considers the secret of his longevity and vigor to be five cans of the adored Coke a day.

The couple’s children had a strict upbringing of an ordinary middle-class family. Everyone attended a public school and, the children did not even know about the wealth of their father until they grew up. However, the billionaire’s family fully supports the lifestyle of the father.

The investor distinguished himself with his generosity at charity events. In 2010, Forbes list leader shook contemporaries pledging more than 50% of his capital to the Bill & Melinda Gates Foundation. The same year, he organized together with his friend Bill Gates the Giving Pledge campaign. Those who wish to join it must contribute at least half of their wealth to philanthropic causes.

In March 2018, Forbes magazine published an annual ranking of the world's billionaires. Buffett was ranked 3rd in the Forbes' List of Billionaire 2017 following Amazon owner Jeff Bezos and his partner in the campaign, Bill Gates.

In January 2018, Buffett's statement about a change in the management of the investment company and a willingness to announce the successor caused a stir. However, the investor assured that he felt great and continued to love what he did.

According to Forbes magazine, the billionaire had a net worth of US $84 billion as of 2017, which is $ 8.4 billion more than the previous year. 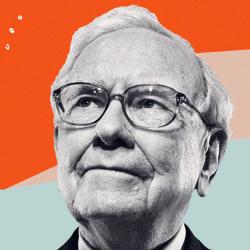