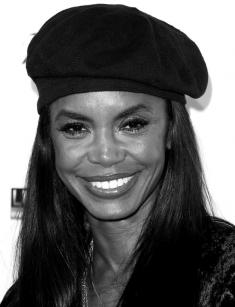 The American model, actress, and singer was a member of the band Girl 6, founded her own group called Three Brown Girls. The love affair with rap star Sean Combs, known as Puff Daddy, made the woman very famous. The couple broke up, then reunited again for many years. Kim gave birth to three children in this relationship. In November 2018, fans were shocked to find out about the woman’s death.

Kimberly Porter was born on December 16, 1971, in Columbus, Georgia. The girl’s childhood was happy, although her mother, Sarah L. Porter, raised her daughter alone. The woman tried to provide the baby with everything. Sarah was a music lover and from an early age instilled in her daughter the love for music. Kim liked the atmosphere of creativity, but glamorous modeling business with gorgeous clothes, makeup, photo shoots, constant trips attracted her very much.

Seeing the daughter who was passionately dreaming of conquering the fashion world, Sarah decided to make her cherished desire come true. After graduation from high school in Columbus in 1988, they moved to Atlanta, where Kim began to take the first steps of the journey to success.

Although Kim was not tall, she built a successful modeling career due to her exotic appearance, cat-like grace, and photogenicity. The famous Wilhelmina agency drew attention to the girl and offered her to sign a contract.

Porter appeared on the covers of Essence, Runway, Elle, Marie Claire, and other glossy magazines. She was the face of famous brands, including Tommy Hilfiger and Revlon. She worked with such stars as Naomi Campbell, Kimora Lee Simmons, Veronica Webb.

In 2001 she played a bit part in the film The Brothers. In 2011, she appeared in a significant project. It was the musical drama Mama I Want to Sing about the daughter of a priest who dreamt of becoming a pop singer. Despite the small filmography, the actress received positive reviews from critics.

Porter also tried to develop a music career. She was a member of Girl 6, and in 2006 Kim created the female rap group Three Brown Girls.

Over recent years, the woman combined her acting career and modeling business successfully. There is information that, in 2018, Porter's fortune was estimated at $ 2 million. Besides, Puff Daddy paid several thousand dollars to his common-law wife for the maintenance and education of their children.

The public was always more interested in the personal life of the successful model and actress. Moreover, the main man of her life was a very popular rapper and hip-hop star, Sean Combs, best known to the whole world as Puff Daddy, or P. Diddy.

The young people met in 1994. Combs headed the recording company, Bad Boy Records. The rapper immediately fell in love with graceful and slim Kim but did not make serious attempts to develop a close relationship, because he did not know how the popular model would perceive his attitude. The girl was flirting with Combs, enjoying the suffering of her friend.

Porter was not ready for a new relationship, because she had just broken up with her first love, singer Albert Joseph Brown III, using the stage name Al B. Sure!. They met in 1989 in Atlanta, where young Kim came to conquer the fashion world. The relationship developed rapidly, and in 1991 the young woman gave birth to a son, who was named Quincy Taylor Brown after Kim’s idol. Brown and Porter did not live together for long, and soon separated.

In 1996, P. Diddy and Kim Porter began dating. In 1998, the couple had a son, Christian Casey. Later, the relationship of lovers was similar to the soap opera. Combs left her for other women, then returned to Kimberly.

In 1999, Diddy became interested in singer and actress Jennifer Lopez, who was at the peak of her popularity at that time. Soon, the rapper left a capricious Puerto Rican and went back to Kim again. The result of their happy reunion was the birth of twin girls D'Lila Star and Jessie James on December 21, 2006.

However, Combs was in no hurry to make Kim a marriage proposal, and once even said that their relationship was not strong enough. Later, he started a love affair with actress Sienna Miller. In 2007, the model and the rapper finally broke up. Kim commented on it:

“Even if we are not together, we are one big family. It is not the case when people separate and hate each other. We are still friends.”

“Kim is an incredible mother. We have been participating in each other’s lives for many years, and I have always admired her courage and strength.”

Kim and Sean were the best friends for over ten years. She wished the ex-boyfriend a happy birthday, invariably writing a thank-you note “Thank you for our beautiful children.” The parents attended the events that were important for their children. For example, for the last time, the family met together in October 2018, when Quincy invited relatives to the premiere of his new film The Holiday Calendar. On November 4, Kim posted their photo taken at this party and titled it “LOVE” on Instagram.

On November 15, 2018, Kim Porter was found dead at her home in Los Angeles. Doctors did not tell the cause of death, there were suggestions that the woman died of pneumonia, which she had been suffering lately, or of acute heart failure.

Doctors did not also rule out that Kim could die of an unknown virus that she had caught during a recent trip to Africa.

The funeral of the star took place on November 24. Beyoncé, Rihanna, 50 Cent, Missy Elliott and others came to say goodbye to their friend and support Puff Daddy. 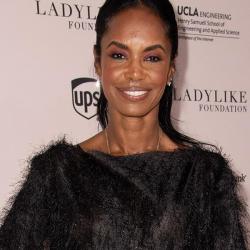