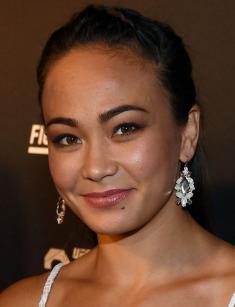 Michelle Waterson is an American athlete of Thai origin, a mixed martial artist, and frequent participant of martial art shows. Michelle started her career as a model and also tried herself as an actress; however, fights remain her major activity.

Michelle Waterson was born on January 6, 1986, in Colorado Springs, Colorado. Waterson has diverse roots: her father came from the Caucasus, and the mother was of the Thai origin. Michelle has a brother and a sister.

The would-be athlete grew up in Aurora, Colorado. In 2004, she graduated from school and entered the University of Denver; at the same time, the young woman worked part-time as a model. Soon, she realized that she would like to devote her life to sports and started building an MMA career.

Michelle began to do karate at ten and gained the black belt later; she also learned wushu, Thai boxing, ju-jitsu, boxing, and wrestling. As a Thai boxing athlete, Waterson participated in the reality show Fight Girls on Oxygen channel. Besides, Michelle became one of the best fighters at Bully Beatdown on MTV.

In 2007, the woman stepped into the MMA world; Donald Cerrone assisted her. Waterson debuted on February 16, 2007, at Ring of Fire 28: Evolution and faced Andrea Miller. The jury unanimously decided to give the victory to Michelle. By the way, she had had no amateur fights before.

The same year, in December, the athlete fought the champion Lynn Alvarez but lost in the first round. In 2008, she debuted in Strikeforce against Tyra Parker. It took Michelle Waterson only one round to win by successful submission.

In March 2009, the sportswoman fought Karina Taylor at Duke City MMA Series 1 and won by armbar submission. However, luck is changeable: the next month, Waterson was knocked out in the second round by IFBA champion Elena Reid.

The following events were favorable for Michelle: she defeated Rosary Califano 15 seconds after the beginning and used a flying armbar. In April 2010, Waterson knocked out Masako Yoshida in the first round.

2012 was marked with the comeback to MMA: the athlete had a two-year break. She faced Diana Rael in the first round by rear-naked choke. The next opponent, Lacey Schuckman, was defeated in the fourth round; however, it was a divided vote.

In April 2013, Waterson fought Jessica Penne and gained the victory in the fourth round which made her the Invicta FC Atomweight champion. The next year, the fighter opposed Yasuko Tamada and crashed her in the third round. Later, Michelle lost to the Brazilian athlete Hérica Tibúrcio who had a guillotine choke submission.

Thanks to her achievements, Michelle Waterson attracted the attention of UFC; in 2015, they signed a contract. The athlete debuted in July and took another victory over Angela Magaña by submission. The next fight was to be against Tecia Torres, but Michelle had to have a break for a year due to her knee injury.

She came back in December 2016. The fight against Paige VanZant brought the opponent’s technical knockout in the first round. Thus, Waterson received her first Performance of the Night. In 2017, Michelle defeated Cortney Casey and lost to Rose Namajunas and Tecia Torres.

On March 18, 2011, Michelle gave birth to the daughter Araya. The next year, she married Joshua Gomez, a professional fighter and the US boxing champion. The wedding ceremony took place at Hacienda Vargas Hotel, Algodones. Friends, family members, and MMA colleagues were present.

Michelle is an artistic woman; she does not limit herself with fighting. In 2014, she tried herself in American Ninja Warrior show, although she left quickly. Besides, the woman appeared in the music video "Head Crusher” by the American metal group Megadeth. In

Waterson has an Instagram blog and frequently posts new photos: one can find pictures and videos from fights and training, as well as personal photos with the athlete’s husband and daughter.

Michelle is not ashamed to show her body. It is only natural as her sizes are excellent: the woman’s height is 160 cm., and her weight is 52 kg. Fans can admire the athlete’s photos in a swimsuit.

On October 16, 2018, Waterson faced Felice Herrig. Before the fight, Michelle admitted that her skills were better than those of her opponent. The first round was notable for the long-distance techniques. Although Herring did a clinch at the fourth minute, no takedown followed.

The second round brought Waterson the leading position while the next round was marked with Herrig’s success. Michelle won thanks to the points that she had gained the previous five minutes: the jury’s decision was unanimous.

Today, there are 16 victories and six losses in the athlete’s MMA career. Just like Michelle herself, fans are looking forward to new meetings. 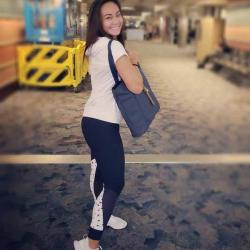