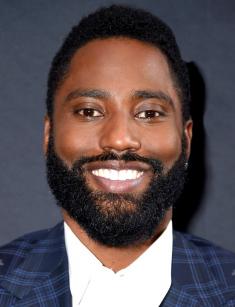 The former football player and today’s actor John David Washington has not appeared in many movies, yet many of his projects are bright. The audience knows him for the series Ballers and the 2018 crime comedy The Old Man & the Gun.

John David was born in summer 1984 in Los Angeles, California. The boy grew up in the artistic atmosphere which probably contributed to his change of career in the future. John is the son of Denzel Washington, the famous American actor and the winner of two Academy Awards. The mother, Pauletta Pearson, was also involved in cinematography: she appeared in comedies, dramas, and short movies.

John David has three siblings. His younger sister, Olivia Washington, has also followed in the footsteps of her parents and elder brother. One can see the actress in the series Mr. Robot, Madoff, and the movie The Comedian.

Washington attended an ordinary middle school. As the young man graduated, he took an interest in football. John David achieved a lot in sports: initially, he chose basketball and triathlon but eventually preferred football. After graduation, the athlete entered Morehouse College and joined its football team.

In 2006, Washington became a professional. He started his sports career in the St. Louis Rams; the next year, he transferred to the Rhein Fire and played in NFL Europe.

2009 brought a contract with the Sacramento Mountain Lions. The young man immediately participated in the UFL premiere season and played in the new team. In 2012, the sportsman had a severe leg injury: Achilles tendon rupture. For this reason, Washington had to finish his career early. However, the young man could not just stay quiet. When the sports career was over, John David could devote himself to cinematography without thinking about football.

Washington debuted on the big screen in 1992: the nine-year-old boy participated in Spike Lee’s historical melodrama Malcolm X starring his father. This movie tells a story about a black gangster leader Malcolm who committed many crimes and sins.

When the man is imprisoned, he is cleansed by the Islamic ideas; his worldview is changed completely. The movie shows the main character’s life twists and the struggle against racism.

The actor continued his career in 2015 when he joined the cast of the series Ballers. He gained the role of Ricky Jerret, the successful football player and a man of scrupulous integrity. This is a story about players, their earnings, and temptations. Dwayne Johnson starred in this project as well. In 2016 and 2017, two new seasons of the series were presented.

In 2017, the artist appeared in the American musical Coco. In 2018, he worked on Reinaldo Marcus Green’s drama Monsters and Men. The movie shows the lives of several Brooklyn citizens whose peaceful existence is turned upside down when an unarmed black guy becomes the victim of the police lawlessness.

The same year, the actor got a lead role in Anthony Mandler’s Monster. In this drama, a federal prosecutor calls a 17-year-old student and beginning director a monster. The young man does not plead guilty and desperately struggles against the law enforcement system and avoid spending his whole life behind bars.

In 2018, Washington worked on two more projects. Spike Lee’s BlacKkKlansman brought the actor much fame. He played the police officer who has to infiltrate into the Ku Klux Klan despite the fact that he is black. The young man does not mind doing it. Thus, the ambitious guy and his Jewish partner come into the unequal fight against dangerous criminals.

The 2018 comedy drama The Old Man & the Gun tells the story of the irredeemable thief Forrest Tucker who spent most of his life rubbering banks and escaping from prison. At the end of his career, the 78-year-old man cannot get rid of his habits.

There is no information about the actor’s private life. He has no wife or children. Rumors had it that Washington dated the actress Vivian Nixon who played in 500 Days of Summer.

In September 2018, the man confessed in his interview he was single.

Although there has been no information about Washington’s new projects, 2018 brought him a lot of roles. In January 2019, John David was nominated for Screen Actors Guild Awards - Outstanding Performance by a Male Actor in a Leading Role (BlacKkKlansman). Although he did not win the victory that time, this achievement will help him get new lead roles in the future.

Although Washington is busy in various projects, he takes some time to post his personal photos and pictures from movie sets on his Instagram page. Fans mark the actor’s athletic figure. The man’s height is 175 cm. The artist has not revealed his weight, but he looks pretty muscular. 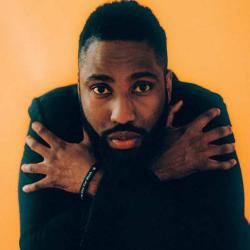