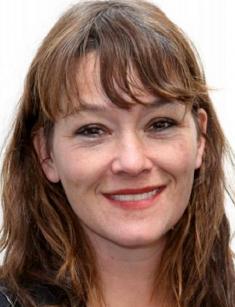 Erica Schmidt is a theater director and costume designer who has won many artistic awards. She is married to Peter Dinklage who played Tyrion Lannister in the iconic series The Game of Thrones. Erica is just as talented as her husband; she successfully combines her career and family.

Erica Schmidt is mostly known as Peter Dinklage’s wife, so there are many blank pages in her biography. For example, her birthplace or her current residence are unknown. The woman was born on June 8, 1975, in the USA; she has North American roots.

The young woman was genuinely interested in theater and acting. When she studied at Vassar College, Poughkeepsie, New York, Erica was a member of the comedy group Laughing Stock. Green actors created sketches about their teachers and groupmates and performed at student parties.

In 1997, Schmidt graduated from the college and got hired as a costume designer at The Juilliard School, one of the greatest American schools in arts and music. Erica worked at several theaters; she was actively building her career. In 2001, the woman won Princess Grace Award in Theater Direction.

In 2002, Schmidt tried herself as an actress: she appeared in the drama Miles from Nowhere.

Erica succeeded in directing. The plays Debbie Does Dallas, As You Like It based on William Shakespeare’s work under the same title, and People Be Heard reached their theater audience thanks to the woman’s finely tuned instincts and artistic expertise. Besides, Schmidt also contributed to the non-Broadway play Spanish Girl.

In 2009, the play Humor Abuse brought the director the Lucille Lortel Award for the outstanding solo show. Lorenzo Pisoni, Erica’s college friend, worked on the script.

Pisoni and Schmidt began their careers together. The woman told This Stage Magazine that she decided to have her own troupe when she was jobless; she wanted to stage a play and asked her friends including Pisoni. Humor Abuse was the result of their hard work together. Today, one can go to this successful performance in Los Angeles.

Thanks to Erica Schmidt’s artful approach, Ivan Turgenev’s A Month in the Country was staged in New York in 2015. Peter Dinklage, Elizabeth Franz, and Anthony Edwards gained the lead roles.

Dinklage said about his wife’s love of theater:

“Unlike a lot of other people in our profession where film is the ultimate goal; theatre is sacred to her. It’s not entertainment; it’s art. She’s very inspiring. She’s definitely the artist of the family. I am just the TV actor who pays the bills”.

The marriage to the star of The Game of Thrones is one of the main reasons the show business started paying attention to Erica Schmidt. The woman met her future husband in the 1990s. At that period, Erica complained her friend Jonathan Mark about her bad luck in relationships. He decided to help her and looked through his contacts; eventually, he introduced Erica to Peter. They were friends for a long time and realized they were in love in the early 2000s.

In November 2004, the couple announced their engagement. On April 15, 2005, they married. The ceremony was modest; only close friends and family were present. After the wedding and a small feast, the newlyweds hid from the paparazzi in Las Vegas casinos.

The apparent difference in the spouses’ heights does not prevent them from being happy. Peter’s height us 135 cm.: he has achondroplasia. Erica’s height is 168 cm., and she weighs 59 kg. One can see in pictures that Schmidt has to knee to kiss Peter.

In 2011, the daughter was born. 2017 brought a new baby, but Schmidt and Dinklage keep the information about their family secret, so the second kid’s name or sex are unknown. Some media call the first child Zelig, but Peter denied this rumor in his 2015 interview to The Guardian.

While the couple does not reveal the personal information, they may be seen walking the streets of New Paltz, New York, where they had moved in 2012. The pictures of the second child have not been taken yet.

Schmidt has no accounts in social networks; one can find the recent photos only in the media.

The play All the Fine Boys written and directed by Erica Schmidt should have been staged in February and March 2017. However, because of pregnancy and the second child’s birth, the premiere had to be postponed.

The story is set in South Carolina in the 1980s. It is a story about two teenagers who have their first sexual experience. The boys are absorbed by their attractions and fear of growing up.

The recent childbirth has probably affected Erica’s life: she brings up two kids and supports her husband, so there is no time for art. Thus, the date of the premiere remains unknown. 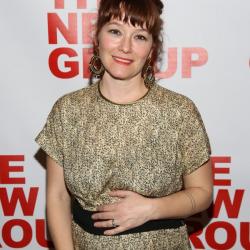