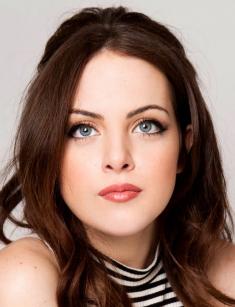 The American actress and singer Elizabeth Gillies earned her fame for the role of Jade West in the series Victorious. She not only showed her acting talent but also proved to have excellent singing abilities.

Elizabeth was born in summer 1993 in Haworth, New Jersey, the USA. According to the actress, she has Irish roots, and her grandmother and great grandmother were Italian. Gillies has a brother, George, who is three years younger than the artist.

The girl was a diligent student. She showed her interest in shooting early and frequented auditions for commercials. Soon, she played in an ad and started collaborating with a well-known mobile operator in America. Thus, the young talent’s first experience opened the road to big movies.

Gillies appeared in commercials at 12; she debuted in the high-concept series The Black Donnellys at the age of 15. This is a story about the Irish brothers who used to be ordinary workers until they got involved in a criminal gang.

While the young men interact with hardcore gangsters, they remain good guys and always protect each other. Elizabeth appeared in three episodes. By the way, she did not watch the full season: her parents believed it was too early for a teenager to see it. The same year, Elizabeth played in the movie Locker 514.

2008 was less fruitful: Gillies had only one project, Harold, and personified Evelyn Taylor. At the same time, she had the chance to participate in Jason Robert Brown’s musical 13 that moved to Broadway later and proved to be a success. It was the first performance of its kind: only teenage actors were engaged. In 2009, Elizabeth got a role of a guest in the series The Battery's Down.

2010 was a significant year in the actress’s career: she took the role of Jade West in the series Victorious broadcast for three years. Elizabeth’s character is a rude person who does not respect other students. However, she successfully wins Beck Oliver’s (Avan Jogia) attention and becomes his girlfriend.

The series contributed to Gillies’s popularity. Besides, she demonstrated her singling talent: the artist performed the song “Give It Up” with Ariana Grande and “Take a Hint” with Victoria Justice. She also sang her own song, “You Don’t Know Me”. In 2013, Elizabeth Gillies appeared in Grande’s music video “Right There.”

Victorious did not prevent the actress from taking other projects: she played Jade West in the series iCarly and appeared in Big Time Rush, Friend Me, and White Collar. Her roles were mostly guest, yet the actress’s filmography was growing each year.

Elizabeth did not limit herself with series. In 2014, she participated in the horror Animal and the detective Killing Daddy. In July 2015, the audience could see the young woman in the American adventure comedy Vacation.

The same year, Gillies appeared in the series Sex & Drugs & Rock & Roll and played Gigi, a beginning singer and the daughter of a former rock star. Both critics and the audience welcomed the first season, and the movie makers decided to continue the project. The last episode of the second season was aired in September 2016. However, the FX channel did not agree on the third season.

In 2017, Gillies joined the cast of the series Dynasty. It is an American melodrama based on the 1980s series under the same title. Sallie Patrick, Josh Schwartz, and Stephanie Savage created the project. It is a story about the confrontation between a rich heiress Fallon Carrington (Elizabeth Gillies) and her Spanish stepmother.

Similar to many celebrities, Gillies tries to keep the details of her private life secret. Still, the media get some information.

In 2009, the young woman dated the American actor Eric Nelsen; they appeared in the musical 13 together. Soon, the actress was offered a role in Victorious, and she had to move to Los Angeles. As a result, the couple broke up. However, Eric and Elizabeth remained friends.

In 2013, the actress had a romance with the popular singer and composer Michael Corcoran who was 15 years older than Elizabeth. The couple spent some time together and broke up to make amends later.

Today, whether Elizabeth Gillies is single or in a relationship is unknown.

April 2018 brought the news: a new season of the series Dynasty would be presented. Nowadays, Gillies continues to work on this project and often pleases fans with new pictures on social networks.

Although Elizabeth is involved in many projects, she keeps fit and sometimes posts photos where she is wearing a swimsuit on her Instagram. The woman’s height is 170 cm., and her weight is 60 kg. The actress feels like looking perfect all the time: there are no pictures where Elizabeth has no makeup. 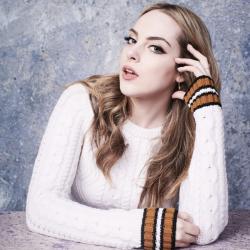