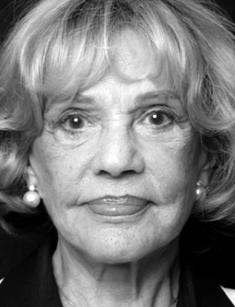 The queen of so-called intellectual films, Jeanne Moreau, had a long and exciting life. She was engaged in acting while the girls of her age either were left in the shadow or happy with a few roles of comic old women they were offered. In total, the “great Jeanne” has collected almost 150 characters in her filmography.

The prosperous life ended with the beginning of the German occupation, the girl's father went bankrupt, and her mother went through the arrest and, apparently, the betrayal of her husband. Immediately after the war, the woman returned to her homeland, England, taking Jeanne’s sister, Michelle.

The future actress didn't like studying but enjoyed reading and watching dramas and theatrical performance, which displeased her father. In her youth, Moreau dreamed of being a dancer like her mother, then dreamed of a career as a violinist, or was going to join the church.

After graduating from Paris Conservatory, Jeanne became the youngest actress in the theater Comédie-Française at the age of 19. Her first role on the stage of the legendary theater was Verochka in Ivan Turgenev's A Month in the Country.

In 4 years, the rising star was invited to another theater in Paris, which was considered as a breach of contract and led to a trial. In the spring of 1957, Jeanne drew the attention of the young director Louis Malle and was invited to participate in the full-length film debut Elevator to the Gallows. It was the first significant success of Moreau on the big screen, although she had previously been starred in films for eight years (in particular, she played in the movie called Queen Margot).

There are many comedies in the filmography of a legendary French actress, including comedies (Great Catherine) and thrillers (The Bride Wore Black), drama films (The Lovers, Jules et Jim) and comedy-adventure films (Viva Maria!). However, the actress managed to play plotless roles.

So, it may seem that in Elevator to the Gallows Moreau is just wandering through Paris, but she catches no less attention than male characters who take part in criminal actions. It's no surprise that Jeanne became the idol of French New Wave.

However, even in France Jeanne’s path wasn’t always strewn with roses. In youth, the actress was considered to be not good looking enough at the photo and not too sexy, and later she was blamed for the explicit scenes. As one American critic said, she had excessively small ears and excessively full lips!

Anyway, Moreau had never "sold" her body. One case is worth noticing, when on the set of Viva Maria! Jeanne got along another star, Brigitte Bardot, who came to reporters in the costume of Eva to attract the attention of the public gathered near the trailer of Moreau.

The peak of Jeanne's popularity was in the 60-70-es when the actress starred in 3-4 projects a year. For more than 60-year-long career Moreau worked with such film directors as Francois Truffaut and Michelangelo Antonioni, Luis Buñuel and Bertrand Blier, Wenders, and Fassbinder. The actress managed to work with Luc Besson (Nikita) and Rustam Khamdamov (Anna Karamazoff).

The actress regretted that she hadn’t filmed in the Stanley Kubrick’s masterpiece called Spartacus, as she was busy working in the projects of Louis Malle and Bergman (it happened because the actress didn’t speak English)

Although Moreau in the interview with Komsomolskaya Pravda once claimed that she found the idea to play herself ridiculous, there was such a role in her filmography. In 2005, the actress played herself in the short-film called Autogram.

In addition to her acting career, Jeanne Moreau worked as a director, teacher, and screenwriter. French television recorded a series of educational programs with the participation of the actress. The career of the idol of intellectual cinema is marked with awards. The actress is a multiple winner of festivals in Cannes and Berlin, winner of the Stanislavsky, Cesar and BAFTA awards. In 1998, Moreau received an honorary Oscar.

In everyday life, the actress even in mature age behaved like a naughty young girl. She loved to say a strong word and didn't let the cigarette out of her hands. Throughout her life, Moreau maintained friendships with prominent writers such as André Gide, Thomas Williams, and Henry Miller. The relationship with a fashion designer Pierre Cardin later developed to creative cooperation.

Although the actress had many love affairs (for example, because of her the producer Tony Richardson left Vanessa Redgrave, who was almost ten years younger than Jeanne), she was officially married twice.

She formerly was married to Jean-Louis Richard, and their son, Jérôme, succeeded in acting. William Friedkin became the second official husband of the actress. Jeanne considered films she filmed in to be her children, believed that the only worthy things were love and creative activity, and Louis Malle was the passion of her life.

Death, which had taken the lives of many Jeanne's friends, found the actress in 2017. The servant who came to the Moreau's apartment in the morning found the body. Due to the age of the actress, we may judge about natural causes of her death. 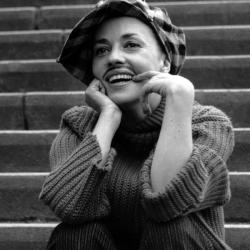