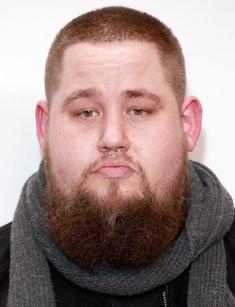 The well-known expression "You are what you eat" can be paraphrased into"You are what you watch," and we can support this saying with at least two facts from the biography of the now famous performer Rag'n'Bone Man. The musician was such a devoted fan of the sitcom Steptoe and Son that he decided to use the profession of a character as his own stage name. The other fact is that he was so impressed by an episode of the iconic Game of Thrones, that he recorded a song.

At the end of the second winter month of 1985, on January 29 in the British town of Uckfield, a boy was born, named Rory Charles Graham. His parents adored music, especially jazz and soul, and later they passed this passion to their talented son. His father played the guitar, and his mother loved to sing along to the records she enjoyed. Later in his life, the musician searched for his own style based on his parents' tastes and the songs of Roots Manuva.

Often on his Instagram account, the singer puts up his childhood pictures. For example, at the age of 13, trying smoking, or a funny picture of him and his sister Lucy sitting cozily and eating a gingerbread man right on his grandpa George. By the way, the latter should be thanked by both the famous grandson and his fans - because it was his grandpa who showed the boy this sitcom that gave him the stage name.

From now and then in social media appear portraits of his nephew Dan, who makes his favorite uncle proud by making success in football.

Rory hated school with all his heart, and it seemed that it shared his feelings: he was expelled from King's Academy Ringmer, and having nothing else to do, the boy enrolled at Uckfield College. As he himself admitted, once the future performer sneaked out of school to go to a CD store, and then went to play bass and drums. At the age of 15, the teenager performed as an MC in a local band.

Later, when the Graham family moved to Brighton, a friend invited Rory to the newly created band Rum Committee, which marked the beginning of the musical career and useful connections of the now famous singer.

Rap band often performed at Slip-jam B and warmed up the crowd before Pharoahe Monch and KRS-One performances. And as a result, in 2012 they released their debut album, Boozetown. At the same time, the musician produced the 8-track Bluestown EP, one of the tracks was recorded together with Ceezlin.

Two years earlier, he collaborated with the label High Focus, where together with Leaf Dog he recorded the Dog'n Bone EP and worked on the project Put That Soul on Me with Dirty Dike. Having started working with Mark Crew, in 2014, he released the EP Wolves, featuring other hip-hop-artists as well. A year later, the Disfigured EP came out, a song from it was playlisted on BBC Radio.

The whole world started talking about the guy in the summer of 2016, when his hit single, “Human”, was released. The single peaked at number one in the Official Singles Charts and was certified Gold and Platinum. The track was used as a theme song in a documentary, a computer game, and four TV series.

The album under the same title, released in 2017, won the BBC Music Award for British Album of the year. By the end of 2018 more than 700 million people watched the music video on Youtube. Australian reviewer of The Daily Telegraph compared the single to “Take Me To Church” song by Hozier:

Both songs have an instant impact, honest lyrics and throwback to ‘real’ music in a time of corporate pop.

By the way, by 2019, the music video for the track Skin from the same album got more than 77 million views on Youtube. In his creative biography, there was also a place for a collaboration with the iconic Gorillaz, and the song “Broken People” was used in the movie Bright, starring Will Smith.

Looking at the bold appearance of the brutal star - tattoos on both the hands and the face, and pierced nose, it seems that he is alien to the expression of sentimental feelings. But this is fundamentally wrong.

In his personal life, Rag'n'Bone man is a loving father of a child born in September 2017, and a caring partner of Beth Rouy, a girl who strikes everyone with her unusual style, smile, and experiments with hair color.

Even though they are not married yet, they have been complementing each other amazingly and harmoniously for almost ten years - the singer often appears on the red carpet with his special lady and dresses up in similar clothes. In clothes, Graham prefers casual style, applying the simple principle of comfort.

As for political views, in the parliamentary elections in 2017, the singer announced his support of the opposition leader Jeremy Corbyn and his party. Also, the celebrity encourages and helps some aspiring talented performers through the music charity AudioActive.

For the love themes in his works, the guy is sometimes referred to as "Adele for men", and for his hard work - as "Renaissance Man".

In 2018 the total hit “Human” got Brit Award for British Single of the Year, which in 1977 was given to “Bohemian Rapsody” by the legendary Queen for the first time, sharing the victory with “A Whiter Shade of Pale” by Procol Harum.

For the whole year, Rory did not cease to please the multi-million army of fans, releasing his new singles – “Run and Photographs”, going on the Sounds of the City Tour and participating in major music festivals, such as RIZE Festival and Lollapalooza Berlin. The singer also visited Saint-Petersburg, where, in addition to the city channels tours, he was deeply impressed when he wrote the phrase "Ironing Board".

He keeps in touch with his loyal fans through social networks - the already mentioned Instagram, Twitter, Facebook, and also his official website. There everyone can find the latest news from the creative life of Rag'nBone Man, and also his merch (T-shirts, hats, keychains and even rum). 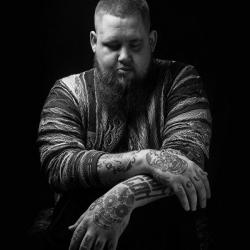