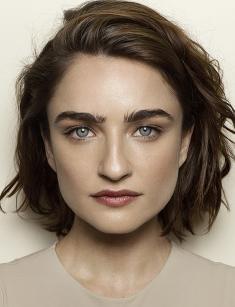 Ania Bukstein is an Israeli actress, singer, and photo model. She became famous in her country at the age of 12 when she appeared in the drama New Land. The international recognition happened later; the majority of movie lovers know the actress for the role of Kinvara in the popular series The Game of Thrones.

Ania was born in Moscow, Russia, into the family of doctors. The father was a neurologist, and the mother worked as a speech-language pathologist. When the girl was eight, the family moved to Israel; this is where Bukstein spent the rest of her childhood. By the way, the actress remembers Russian and can speak it pretty well.

The future actress went to Telma Yalin Arts High School in Givatayim, Israel. The directors of the drama New Land noticed her there and invited to their project; Ania was 12 at that time.

After graduation from school, Bukstein joined the army according to the Israeli law. She was assigned to a special division for artists, The Air Force. Later on, the young woman began to perform at the theater. She participated in The Palace Owner and Ghetto that dealt with severe social problems: the oppression of the Jewish people during World War II. According to Ania, she participated in such projects to mark her social positioning.

The role in the historical drama New Land brought the young talent the nomination for the most significant Israeli movie prize The Ophir Awards. Besides, she was nominated for the same award in 2005 for the role in the social drama Schwartz Dynasty.

Between these projects, the artist appeared in the movie Gift from Above (2003) and the youth music series Our Song (2006); she was the lead star of the latter project.

The melodrama The Secrets is one of Bukstein’s most famous works. It is the story about the gay daughter of the conservative rabbi. Besides, the actress appeared in the first Israeli horror Rabies and the Russian melodrama The Conductor.

The romantic movie Friends from France and the crime and political movie False Flag are among Ania’s recent projects. Naturally, one cannot ignore the role of Kinvara in the sixth season of the fantasy series The Game of Thrones.

Ania Bukstein has always had many admirers among her colleagues who courted her, gave her gifts, and invited her to restaurants and theater performances. However, the woman preferred a programmer to all musicians and actors. Ania is on friendly terms with everyone; if she meets one of her former crushers, she can easily talk to them.

In 2013, the actress married Dotan Weiner. She believes her beloved one is the most caring and intelligent man. In her interviews, the actress shared that she had a must ritual in her family: Ania and Dotan told each other how their days were and discussed future plans.

Ania Bukstein is afraid of tsunamis. Although she lives in a seaside town, she rarely appears close to a beach. 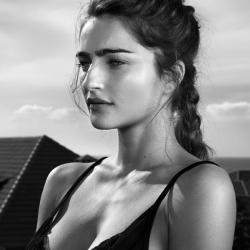