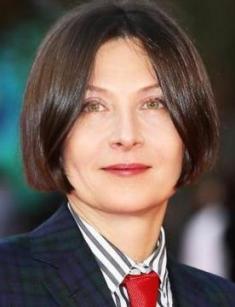 In the literary field, Donna Tartt follows the principle of John Gardner to write as if there was an eternity ahead. The winner of the most prestigious Pulitzer prize does not chase the number of books, although she has heard that with her popularity it would be quite reasonable. For the writer, it is much more important to enjoy the process, and not to produce works as on manufacture, and it is better to become the author of one masterpiece than of "a dozen mediocre works."

Donna is the eldest of two daughters of Taylor and Don Tartt, born in December 1963, in Greenwood. Her mother worked as a secretary, and her father – at a gas station, and later got engaged in politics. The childhood of the writer was spent in the nearby town of Grenada, surrounded by aunts and uncles. Donna almost had no friends at school because she was a sickly child, and rarely went to school, receiving home education.

At the age of four, the girl started journaling, and by the age of five, she wrote her first poems, and she published her sonnet in the Literary Journal, which came out in Mississippi when she was thirteen. As a teenager, Tartt had a part-time job in a local library and read avidly; she was particularly fond of Charles Dickens and Thomas De Quincey. Then she became a student at the University of Mississippi, where professors noticed her writing talents.

At the University, Donna studied only a year and moved to a private College of Bennington, where she studied classical Philology, received knowledge of Greek and English literature.

There she made friends with future famous writers and screenwriters Bret Easton Ellis and Jill Eisenstadt. After graduating from College, Tartt moved to New York, began attending art school, but soon realized that she had no talent for drawing, and gave up this occupation.

Ellis introduced Donna to his agent Amanda Urban, and their cooperation lasted 25 years. Thanks to a knack for the business of the representative of International Creative Management agency, the unknown writer made a good deal when she sold the rights to her debut novel: $ 450 000 – for the release of the book in hardcover, $ 510 000 for softcover and $ 500 000, for publication abroad.

On account of Donna Tartt so far are only three novels, four stories, several documentary essays, and audiobooks, even though she started to create in the mid-80s. In 1991, an 850-page work entitled The Secret History was published. The novel, on which the writer spent ten years, immediately became a bestseller. The first five million copies were sold in a matter of days. The book has been translated into 24 languages.

A few years later, a three-time Oscar nominee, the Director of the drama movie To Kill a Mockingbird Alan J. Pakula took up the film adaptation of the work. Work on the film was delayed, in 1998 the Director tragically died without realizing the idea.

The book traces elements common in the American prose genre known as "campus novel." This is understandable, because Tartt wrote the first lines, being a representative of the younger generation of college students. That's why all the campuses and the details of the studying process of the central character who studied Classical antiquity were described so thoroughly.

There also appears a crime line in the novel, when in the middle of the story, a murder happens. However, the unique thing about the whole story is that the reader knows that a crime has been committed from the very beginning. The reader dives into intense scenes of reflection, a choice between the responsibility of friendship and conscience.

In the novel, The Little Friend Donna turned to the history of the American South of the mid-20th century. In the center of the plot – a girl trying to solve the murder of her brother, which happened many years ago. After the son's death, parents split up, and the care of Harriet (the central character) is taken up by her relatives. All her life, she is obsessed with the idea of revenge on an unknown killer, and she gets her childhood friend to help her find the guy. The plan does not lead to anything good.

According to the reviewers, Tartt managed to write an intense story with incredible plot twists, bright characters, a complex personality of the main character and accurately conveyed the atmosphere of a small town of the 60s. After the publication, the writer said that she had enough ready-made material for another five books.

In 2013, Goldfinch was published. The novel uses already tried and tested technique – a tragedy that happened in the past. The plot revolves around a teenager Theodore who together with his mother found himself in the middle of a terrorist attack in the Metropolitan Museum.

Fulfilling the request of a dying visitor to save the canvas of the 17th century, the boy takes, and, in fact, steals a work of art. Fourteen years later, Theo tries to find out whether there is a link between the girlfriend of the deceased man, whom he had seen on that tragic day at the Museum, and the painting.

The publisher, anticipating the coming out of the book, described it as the history of the relationship of a young man who survived the death of his mother, tormented by guilt, and the power that draws him into the real world of crime and corruption.

One of the rules of life of Tartt says that lone wolves are engaged in writing. Perhaps that is why she has no children and no husband, or maybe, another fact of her biography is to blame - the hard divorce of her parents. And the fate of the housewife, as Donna said in an interview with Esquire, is the worst nightmare she can imagine.

Fortunately, the best-selling author has so far managed to avoid the rumors of non-traditional orientation, which tend to arise around women who avoid close contact with men.

When Donna is asked if she plans to have a family at all, the writer answers in French, "Je ne vais jamais me marier," which means "I will never get married." According to several American websites, in her youth, Tartt had an affair with Bret Ellis, but none of them made official statements.

Now a dog named Luther keeps her company on a ranch in Virginia. According to Donna, there are a lot more to write about in a friendship combined with adventures than in romantic relationships.

“Stay away from the ones you love too much. Those are the ones who will kill you.”

Photos of the slim brunette (Donna is 5 feet 67 inches tall, and she weighs 127 pounds) who prefers to look smart and elegant, rarely appear on the pages of Online editions of famous magazines. The Guardian in 2013 included Tartt in the top ten most stylish people in the world. The author herself does not like social media, and she doesn't have verified pages on Instagram and Facebook.

Back in 2014, the rights to the film adaptation of the Goldfinch were acquired by the film company RatPac Entertainment and Warner Bros. However, for a long time, there was no news about the beginning of filming. In 2017, Amazon joined Warner Brothers. The company agreed to finance a third of the film's budget of $ 40 million, provided that it would promote the film on streaming services, and Warner Bros, respectively, would take the cinema.

The production part was entrusted to the author of the melodrama Brooklyn, the winner of the British Academy award John Crowley. Another BAFTA nominee Nina Jacobson and Brad Simpson, known for American Crime Story and Boys Don't Cry, produced the motion picture.

And only in 2018 it became known that the shooting of the dramatic film, finally, began. There were complications with the cast too. Negotiations were held with Julianne Moore, Ralph Fiennes, and Liam Neeson. As a result, the roles were distributed between Ansel Elgort, Sarah Paulson, Nicole Kidman, Ashleigh Cummings.

The author of the novel, on which the film is based, was paid $ 3 million. Donna's agent Amanda Urban made a fantastic deal by literary standards. To the surprise of colleagues, after that, the writer terminated her contract. The dissatisfaction of Tartt is caused by the fact that she did not get the opportunity to write a script or become a film producer. Peter Straughan, the screenwriter of the television series Wolf Hall, based on the novels by Hilary Mantel, adapted the book into a movie.

Donna's interests are now represented by Nicole Aragi, who promotes the work of Junot Díaz and Jonathan Safran Foer.

'I would be miserable cranking out a book every three or four years. And if I'm not having fun writing it, people aren't going to have fun reading it. I don't want it to be just some little amusement-park ride. I mean, what's the point of doing that?'

'The novel takes a richness of its own simply because it has the weight of all those years that one's put into it. It's such a secret hook. You can feel time shimmering between the pages.'

'I write big books, but part of what I experience at my desk, what I do every day, is think and write about little things. It's about writing sentences, the structure of paragraphs. A sentence has its own structure, too. It has to have flow and symmetry. It's about finding the right word, finding out exactly what you want to say.'

'The art of creating characters means that you need to learn to see different people, including - quite unattractive, and not to base on subjective preferences.'