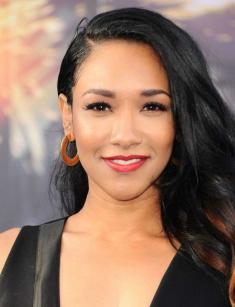 Candice Patton is an American TV actress and the winner of the Saturn Award for Best Supporting Actress on Television-2017. She is famous for the role of Iris West, the lover of the superhero Flash.

Candice Kristina Patton was born on June 24, 1988, in Jackson, Mississippi, into a mixed family: her mother was white, and her father was black. By the moment the girl was born, her mother, Arianna, had a son Adrian who devoted his life to the theater.

Candice’s mother was a professional opera singer who often participated in music dramas. The father, a trained engineer, was a musical and artistic person. He met his future wife during one of her performances.

When the child was five, the parents divorced. However, the mother did not prevent her daughter from communicating with her father. Today, the actress is on friendly terms with him.

After the divorce, Arianna took the children to Texas and settled in Plano. Candice attended a local school and got interested in acting. The young woman participated in various shows, played in Texas theaters, and appeared in Shakespeare’s Titus Andronicus.

After graduation, Patton entered Southern Methodist University and got a BFA in Theatre.

Candice debuted on the screen in 2004: she took part in the national competition Soap Star Screen Test aimed at finding young actors for series. The actress was invited to the popular soap opera The Young and the Restless and worked on five episodes.

Soon, the young woman got secondary roles in the series The Bold and the Beautiful, Sorority Forever, Grey's Anatomy, One Tree Hill, and so on. Sometimes, she was a guest actress in several episodes.

At the beginning of her career, Candice did not hesitate to earn her living and work part-time. She was a waitress at Bubba Gump restaurant for several days and left when she realized that it was necessary to memorize types of shrimps instead of role texts.

Further on, Patton got hired at Pink Berry. Eventually, she decided to concentrate on acting.

2009 was marked with the series Heroes: the actress personified Olivia in two episodes.

The role of Iris West turned out to be a breakthrough: Candice played the girlfriend and wife of Barry Allen, the second Flash, in the series Supergirl, Arrow, Legends of Tomorrow, and The Flash. While the former three projects brought one-time appearance, the latter series made Candice one of the lead cast members.

The choice of Patton for the role of Iris continued the Western tradition to ignore canons and select diverse actors: the comics character is a white brown-haired woman.

However, Candice did not gain the role for the sake of equality issues; Keke Palmer and Ciara Renée were the candidates as well. Moreover, Candice failed during the first auditions: she had the line mentioning Channing Tatum and completely forgot it.

Fortunately, the second audition was successful: the actress made Grant Gustin, the lead actor, laugh. The directors realized it was the “chemistry” they wanted between the characters. As a result, the woman got the role of Iris. The actress confessed later that she did not read comics in her childhood and preferred movies and cartoons.

The actress is a feminist and actively protects women’s rights. In 2017, she participated in Shethority project that united women online. The platform was aimed at giving women the chance to share their stories, support each other, and stand for their rights. According to Patton, women hating other women is the last thing that the modern television needs.

Little is known about Patton’s personal life. The actress is not married and keeps secret other facts. There were speculations about Candice’s romance with Rick Cosnett, her stage partner in The Flash, but they were not confirmed.

Patton often posts pictures from her daily life and photo sessions on her Instagram. A little girl named Harlee Kristina regularly appears there; some fans wonder if it is Candice’s daughter. However, the actress has no children: Harlee Kristina is her niece.

Nowadays, Candice is working on The Flash. The series remains her only current project: the busy schedule gives no chance to participate somewhere else. 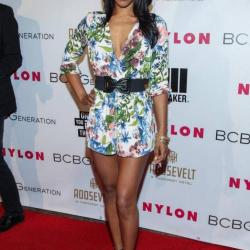