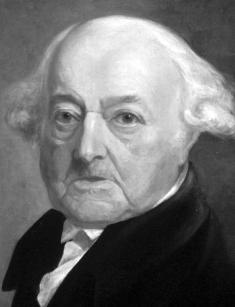 John Adams is an outstanding politician, lawyer, diplomat, one of the Founding Fathers of the United States, who assisted in drafting the Declaration of Independence. As the first vice president, he encountered fierce criticism from the Republicans, but won the election in 1796 and became George Washington's presidential successor.

According to scientists, Adams made an indispensable contribution to the development and future life of the American people, as a historian and father of the dynasty of American politicians. His son John Quincy Adams carried on his family’s political tradition and became the 6th President of the United States.

John Adams was born on October 30, 1735, on a family farm in Braintree, Massachusetts. His mother, Susanna Boylston, was from a leading medical family of present-day Brookline, and his father, John Adams Sr., a Puritan, served as a deacon in the local church, combining these duties with the work of a cobbler and a lieutenant in the militia. After the birth of the first child, the father began serving as a town councilman and supervised the building of schools and roads. The Adams family had three children.

Since childhood, John Jr. carried on the family tradition based on strict Puritan laws. He received primary education in a school for boys and girls and then studied Latin, rhetoric, logic, and arithmetic in Braintree Latin School.

At the age of 16, Adams entered Harvard College and became interested in ancient Greek literature, and after graduation with an A.B. degree, he taught school in Worcester, Massachusetts

Soon the young man, who was dreaming of becoming a great man, thought about a more prestigious profession and decided to study law. In 1758, John earned a master's degree in law and was admitted to the bar. He became famous for the trial after the Boston Massacre, having managed to exculpate six soldiers who opened fire and killed civilians for self-defense.

In 1763, Adams went into politics and published seven essays in Boston newspapers under the nom de plume "Humphrey Ploughjogger."

Adams began his career in politics with a criticism of the law, requiring payment of a direct tax by the colonies for stamped documents, which was designed to pay for the costs of Britain's war with France. In 1765, John sent the "Braintree Instructions" in the form of a letter to the representatives of Braintree in the Massachusetts legislature. The instructions described the protection of the colonial rights of citizens of American cities. He wrote several articles devoted to the same topic and published them in a Boston newspaper.

In 1772, Adams advocated the independence of the American legislative and judicial system from British payments. Two years later he was elected a delegate to the Second Continental Congress from Massachusetts. The man supported America's status as a British colony, but soon he changed his views and joined the ranks of supporters of independence. In 1775, Adams became head of the Board of War and Ordnance, and at the same time chaired 25 committees, which was an unmatched workload among the congressmen.

In 1776, John believed that America was moving towards liberation at a very slow pace. He continued to work in a Legislative Branch, helping to push a plan to outfit armed ships to launch raids on British ships. In the middle of the year, Adams drafted the first set of regulations to govern the United States Navy and supported the resolution on the freedom of the colonies.

At the same time, John joined a Committee of Five charged with drafting a Declaration of Independence. The first draft was debated in Congress on July 1, 1776. The document was unanimously approved and adopted on the second reading on July 4, 1776, after Adams had amended it.

In 1777, John was sent to France as part of the American delegation, which was to conclude a commercial agreement and request military assistance from the country. Unlike other delegates, Adams did not receive any instructions regarding the negotiations and was disappointed with this meeting.

In mid-1780, Adams traveled to the Netherlands, which was sympathetic to the former British colony. Adams was formally given permission to negotiate for a loan, but the Dutch representatives refused to meet him. Two years later, thanks to his efforts and the American triumph at Yorktown, the States General of the Netherlands recognized American independence and concluded a treaty of amity and commerce. The house which Adams purchased in Amsterdam became the first American embassy on foreign soil.

In 1785, Adams was appointed as American ambassador to Great Britain. His work was complicated by both countries failing to fulfill their treaty obligations. The American states had been delinquent in paying debts owed to British merchants, and in response, the British refused to vacate forts in the northwest as promised. John’s attempts to resolve this dispute failed, he took formal leave of his ambassadorship and returned to his homeland, where the first presidential election was soon to take place.

According to the results of voting on February 4, 1789, George Washington became the head of the new state. Adams, who received half as many votes, became Vice President and initially played a minor role in the new government. The situation changed after the start of the French Revolution in 1789, which Adams called the triumph of tyranny and barbarism. Washington, who held a similar point of view, began to consult his vice-president more often.

In 1796, profound differences caused a rift in the Washington administration, leading to the creation of the Federalist and Republican parties, each of them put forward their representatives as candidates for the election. The Republican favorite was Thomas Jefferson, and the leader of the Federalists was the former vice-president. The election campaign of both candidates was called a “silly and wicked game” which was confined to newspaper attacks and pamphlets.

John Adams defeated his opponent and sworn into office as the nation's second president on March 4, 1797. As president, he followed the traditions of George Washington, ignored the potential benefits of political patronage, preferring civic virtue.

However, the years of his presidency were marked by political crises and conflicts. Adams’s merits were the creation of the American Navy and the ratification of the 11th Amendment to the Constitution. Besides, he became the first president to reside in the executive mansion now known as the White House.

During his term, Vice President Thomas Jefferson tried to damage the credibility of the President and, in the end, defeated the opponent in the 1800 presidential election. Adams left politics and moved to live in Massachusetts. The former president never criticized the ideas of his successor; his son John Quincy, who was elected to the Senate in 1803, assumed this role.

In 1812, Adams and Jefferson reconciled, and the former government colleagues resumed a friendly correspondence. So, the excerpts from the letters became the quotes. After his death, the works of the second President of the United States were published by descendants. He inspired a lot of works of artists and filmmakers. In 1959, the movie John Paul Jones, dedicated to the “Father of the American Navy," was released, and in 2008 the series John Adams, based on the book by David McCullough, premiered.

In the late 1750s, Adams fell in love with Hannah Quincy and was poised to propose, but he was interrupted by friends, and the moment was lost.

In 1759, one of his friends introduced John to 15-year-old Abigail Smith. Initially, Adams was not impressed with the girl, writing that she was not “fond, nor frank." However, over time, the young people grew close and married on October 25, 1764.

The couple’s personal life was happy. John and his wife distinguished themselves with poignant wit that proved honest in their praise and criticism of each other. After his father’s death in 1761, Adams inherited the farm and the house where the family lived until 1783.

John and Abigail had five children: Nabby, John Quincy, Susanna, Charles, and Thomas. The couple lost their middle daughter at the age of one. The boys were lawyers, but the younger ones became addicted to alcohol and died young. In a while, Susanna died of breast cancer.

The only surviving and the most successful child was Adams’ second son, John Quincy, who began his career in politics and in 1825 became the 6th President of the United States.

John Adams lived to a great age. He issued a statement about the destiny of America and its citizens shortly before the 50th anniversary of the adoption of the Declaration of Independence. At that moment no one thought that the great politician was going to die soon.

The second President of the United States died in his own house in Quincy on July 4, 1826, on the day of the adoption of the most important document in the history of the country. It is an interesting fact that John’s political opponent, Thomas Jefferson, died several hours before in Charlottesville. 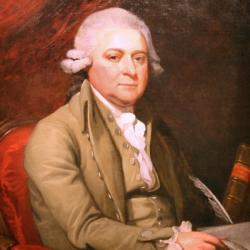