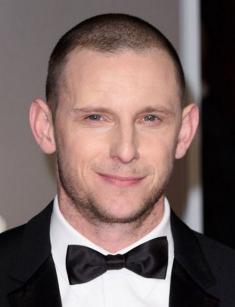 The story of Jamie Bell is another case when a talented Britt conquers the Hollywood Hills. Bell's path to glory started from the movie Billy Elliot, and such a resounding success follows a rear debut: the young man received BAFTA for Best Male Role and several other awards. Since then, the actor has never given grounds for anyone to start doubting his talent, playing one vibrant role after another: Dick Dandelion in the drama movie Dear Wendy, Jimmy in the epic monster adventure film King Kong, St. John Rivers in Jane Eyre, Ben Grimm / The Thing in Fantastic Four and other.

Andrew James Matfin Bell was born on March 14, 1986, in Billingham, England. His father, John Bell, was a toolmaker, and his mother, Eileen (née Matfin) was a dancer and choreographer. Jamie grew up in a single-parent family – his father left before his birth. But Eileen did everything she could to make sure that the children, both the older one, Kathryn, and the younger, Jamie, did not feel deprived.

She signed her daughter for ballet classes, as dancing was their family passion: Eileen danced herself, as well as her grandmother, mother, and sister. Jamie, having nothing better to do, accompanied his sister to classes and did not notice how he suddenly was carried away by this kind of art. The boy especially succeeded in tap dancing and even received many awards at dance competitions.

At the age of nine, Jamie became interested in acting and started taking acting classes at the local branch of the Stagecoach theater. And when he was twelve, he already made his debut on the professional stage in the musical "Bugsy Malone." Later, the young man joined the members of the National Musical Youth Theater. The future actor received secondary education at Northfield High School (NHS).

Jamie was fourteen when he came to audition for a new movie directed by the famous British filmmaker Stephen Daldry, Billy Elliot. The charming blue-eyed boy was chosen from 2000 participants and approved for the leading role. The thing that determined the choice was not so much the professional acting skill of the future star, as his dancing talent. After all, the actor was to get into the character of a boy who dreamed of ballet and lived with that dream being always on his mind.

Billy Elliot is an 11-year-old boy from a small mining town. He lost his mother in early childhood and now lives with his father and older brother, who want to raise Billy as a real man, a hereditary miner, take him to boxing classes and teach him how to fight. They do not understand the boy's passion for art, and he has to overcome a lot of difficulties on his way to his dream.

Billy's story was somewhat similar to the biography of Jimmy. He also went through mockery and bullying when he attended dancing classes.

"The other boys called me 'poof,' 'ballerina boy,' "Get on your tutu, Jamie." It gave me more determination to prove it wasn't just for girls. It was for boys as well."

After the release of the film in 2000, Jamie became a real star. And after the number of awards (BAFTA, The National Board of Review of Motion Pictures Award, the British Independent Film Award, The Imperial Award) fell on the teenager, it became clear – his way to the world of the big screen would be successful.

The next central role was offered to Jamie in two years, and he was to play in the British-German horror film Deathwatch. The guy got into the character of Pvt. Charlie Shakespeare, fighting on the front of the First World War, who suddenly faced an unknown supernatural force.

"My biggest fear was that I would not be able to take the step from a child actor to an adult. I think it happened when I was able to play a soldier in Deathwatch, set in the trenches of the first world war. The film didn't quite work out - it was a very good movie, almost - but I think that got me up and running as a grown-up actor," - the actor admitted.

In 2004, Bell made his Hollywood debut, starring in the thriller film Undertow. His character was a troubled teenager Chris Munn, who was forced to hide from problems with the law and his own uncle. For this role, Jamie got the Young Artist Award and the National Board of Review of Motion Pictures Award. Fans were pleased to see the way the teenager had matured and grown in every sense of this word (Jamie Bell's height is 5 feet 67 inches).

2005 was marked by the release of three motion pictures starring Jamie. Two festival films, Dear Wendy and The Chumscrubber, once again showed the depth of Bell's talent for acting. And the third project brought the long-awaited worldwide fame: the epic monster adventure film King Kong directed by Peter Jackson remains the highest grossing movie ($550 million) in the filmography of Jamie Bell.

"I love looking down my résumé and seeing all those great people on it like David Gordon Green, and of course Peter Jackson and Stephen Daldry. When I look at it, I feel very proud for myself and the people around me who have managed to get me these roles," - says the actor with passion.

In 2008, the science fiction action film directed by Doug Liman, Jumper, was released on the big screen. Jamie, along with another young Hollywood star Hayden Christensen played guys with a supernatural ability to teleport. Hardly having enjoyed the superpower, the guys realize that they are being hunted.

It is impossible not to note the debut of the actor in the historical genre – The Eagle (2010). Jamie's character is former slave-Gladiator Esca, who helps centurion Marcus Flavius Aquila (Channing Tatum) to redeem the honor of his family and get back the eagle standard, a prominent symbol of the once disappeared Ninth Legion.

In 2013, a project with the maestro of arthouse film genre, Lars von Trier was added to the filmography of the actor. Bell starred in the two-part art film Nymphomaniac, playing a sadomasochist who meets the main character (played by Charlotte Gainsbourg). At the same time with the premiere of this film, one more motion picture with Bell's participation was released, the post-apocalyptic drama film directed by the Korean filmmaker Bong Joon-ho, Snowpiercer.

The first significant work of the Britt on the television screen started in 2014. Jamie played a central role in the television series TURN: Washington's Spies. His character Abraham Woodhull is the founder of the spy organization called"Culper Ring," which had a significant impact on the course of the Civil War in the United States. The project aired for four seasons and received good reviews.

Acting through his teenage years and all the youth, busy schedule of filming – all this played a huge hand in the personal life of Jamie Bell, or, the lack of it. If love could strike the actor, it could have happened only on the set. And so it did: in 2005, on the set of the music video of Green Day, he met actress Evan Rachel Wood, and the young people began going out.

A year later, the couple broke up, and in 2011, the actors started their relationship over again. The renewed love soon resulted in a wedding, and in 2013 the couple had a son. But fans did not enjoy watching the young family happiness long – in May 2014, the stars announced their divorce.

In 2015, on the set of the action movie Fantastic Four Bell met actress Kate Mara. They started a love affair, in January 2017, the actors announced their engagement, and on July 17, they became husband and wife. In January 2019, it became known that the couple is expecting a baby.

As for social media, Jamie Bell is the most active on Twitter (there are many photos and news from the actor), and on Instagram, one can find many fan-accounts.

Jamie Bell has a net worth of $11 million. In 2019, the premiere of the musical film Rocketman, based on the biography of the outstanding British musician Elton John, is expected. In this biopic, Bell plays the poet-songwriter Bernie Taupin, who has been writing the lyrics for the songs of the legendary singer for many years.

Besides, now Jamie Bell is working on many filming projects, including films Stainless Steel and In Defiance of Gravity.