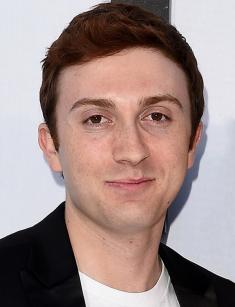 Daryl Sabara has become one of the few American actors who has managed to realize his childhood dream at the age of eight years. He is that boy who took part in the popular adventure fighter Spy Kids directed by Robert Rodriguez. At present, he has a numerous list of the movies in his filmography, and he is demanded as an actor in the movies of different genres.

The future actor was born at the beginning of the summer of 1992 in the town of Torrance, in California, USA. This day Sabara’s family at once was replenished with two new members because Daryl's mother gave birth to the twins. The brother spent their childhood in their hometown and graduated from secondary school in 2010. Their Mother Sandra was working in the sphere of social protection.

The brothers Daryl and Evan have mixed blood, their parents have Jewish and German roots. The actor's ancestors at the time of the USSR left their native country and settled in the USA.

Daryl began his creative career with the enrollment to the ballet school, and further, the boy performed together with South Bay Ballet regional troupe. By the way, his twin brother was a creative child since childhood and later chose the acting sphere as well as Daryl.

Sabara took part in his first shootings in the biography in his early childhood. The young actor got the roles in the series The Big Breakfast, Friends, Will, and Grace and Roswell and at the same time, he was voicing-over the personage of the animated series. However, the actor became famous after the release of the adventure fighter Spy Kids on the big screens. In this movie, the boy received the leading role with which he coped, and after that, he gained world popularity.

The premiere of the first part of the picture Spy Kids was held in the spring of 2001 when Daryl turned nine years. He received the role of the boy Juni Cortez who as well as his elder sister (Alexa Vega), didn’t have any idea that her parents were secret agents. At school, his schoolmates made fun of him, and Juni is most of all afraid of it and prefers staying at home. He often watches one TV hos, but in a short time he finds out that the host kidnapped their parents, and together with his sister he sets off for the searches of their father and mother.

The new movie directed by Robert Rodriguez became successful, and all the people – both children and adults watched it with pleasure. The budget of the movie reached $35 million, however in the hire the project earned about $148 million. And if the boy wasn't very famous after the episodic roles, then after the release of the picture he became famous overnight. Later he played a role in two parts of this film, but then the ratings, as well as the fees, were lower.

During the breaks in the shootings of the movies, Sabara took part in other projects on the television. He took part in the series John Doe and One on One in the role of the character Jeffry. Also, he voiced over the character of Tommy in the animated series What's New, Scooby-Doo? And different personages in the animated series Finding Nemo. Upon the termination of the work in Spy Kids the actor appeared in the series House M.D.. Since 2005 till 2007 he was playing in the role of Tim Scottson in Weeds.

With every coming year, Daryl enriched his filmography with two or three new projects. Despite the young age, the actor managed to work at the same time on several movie sets and always managed to cope with the tasks that he had. During the professional career, the young man managed to voiced-over the characters from the animated series – The Boondocks, The Polar Express, Santa vs. the Snowman, Ultimate Spider-Man, Gravity Falls and was involved in many other projects.

Besides the voicing of the animated series, during the period from 2008 till 2009 the young man appeared in a couple of the movies. The audience saw his acting in the series The Closer, and also in the movies April Showers, World’s Greatest Dad, A Christmas Carol and so forth. And in 2010 Robert Rodriguez invited the actor to take part in his new movie. It was the trash fighter Machete which earned $12 million during the first week in the hire.

After that, the guy took part in the pictures John Carter and Worst. Prom. Ever.in the role as Clark, and then he was included in the cast of the Gothic series Grimm directed by Marc Buckland. The plot of the series is partly based on the fairy tales written by brothers Grimm. The series was premiered in October 2011.

During a couple of years, the actor took part in the series After The Dark, The Green Inferno, Teen Lust and Residence Advisors. At the same time, he continued to voice over the characters from the animated series and also played the roles in a couple of short-length movies.

In November of 2018, there began the display of the series Medal of Honor in which Daryl received one of the roles. It is a war documentary shot by the directors James Moll, Robert Legato, etc. It tells about the military men who serve in their native country. The real facts became the basis of this movie.

Earlier the actor was told to have a love affair with his colleague on the movie Spy Kids - Alexa Vega, but both of them denied this information. The young people claimed that they were friends only. At present Daryl’s personal life is developing successfully. He has relations with Meghan Trainor. The girl also belongs to the world of show business – she is a singer, and at the same time she is an amateur performer and producer, a well-known personality in the USA. Young people got acquainted in the summer of 2016.

In December of 2017, there appeared information about the engagement of the famous couple. Daryl a proposed to his girlfriend, and Meghan announced about it with great pleasure to her admirers on her personal page on Instagram. Moreover, she added a romantic video to the post.

The guy decided not just to make a declaration of love to his beloved girl and to give her a ring according to the tradition. Sabara made his future wife a surprise on her birthday on the 22nd of December and took the girl to the beautiful place to the arch decorated with Christmas fires and said some solemn speech. The singer’s family and friends were present at this event what made it even more joyful for the couple. Meghan accepted the offer. However, the wedding date hasn’t been appointed yet.

Except for her work in the war movie, Sabara was invited to take part in the shootings of the short-length movie The Naked Man, which will be displayed in 2019, though the exact date hasn’t been set yet. Besides Daryl, Alisha Boe, José Julián, Emma West and other actors took part in it.

Despite his constant employment in different projects, Daryl Sabara tries to find time to communicate with his fans. He leads his personal page on Instagram where he publishes the photos from the shootings and a lot of shots with his beloved woman.

The female admirers of the actor note his pleasant appearance and athletic figure. Having a height of 5.81 ft (177 cm), he weighs 171.9 lbs (78 kg). Though he doesn’t have enough time to go to the gym, he is in good shape. 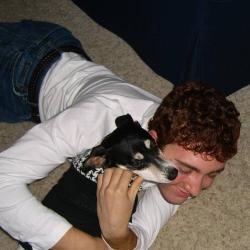