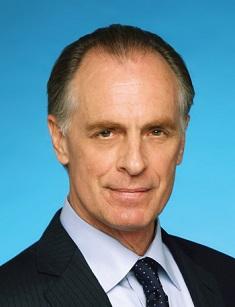 As an actor, he has memorable roles in many films and shows. He played Tom Frank in Robert Altman’s Nashville, FBI agent Frank Lundy in Dexter, Wild Bill Hickock in the HBO series Deadwood, and US President Conrad Dalton in Madam Secretary. Keith Carradine belongs to a dynasty of actors, beginning with John Carradine, his father.

Carradine had a difficult childhood. He has said that his father drank profusely and his mother was “a manic depressive paranoid schizophrenic catatonic—she had it all.” In 1957, when he was eight years old, his parents divorced. A bitter custody battle would follow, ending with his father winning custody for him along with Christopher and Robert. As the children waited for the results of the custody battle, they stayed in a home for abused children for three months as wards of the court.

In a 1984 newspaper interview, Keith said that the experience “was like being in jail. There were bars on the windows, and we were only allowed to see our parents through glass windows. It was very sad. We would stand there on either side of the glass door crying.” He didn’t see much of either of his parents, who left him in the care of his maternal grandmother. Following the custody settlement, his mother was not allowed to visit him for eight years.

Carradine had wanted to become a forest ranger after high school but ended up studying drama at Colorado State University. After one semester, he dropped out and went to California to his older half-brother, David. David encouraged Keith to give acting a try. David paid for Keith’s vocal and acting lessons and helped him get an agent.

Because he had actor parents, he had some appearances in stage productions as a child, even though he initially did not think of becoming an actor. His debut on stage began when he provided piano accompaniment to his half-brother David Carradine’s audition for the 1969 production of Hair. The producers of the production preferred Keith over David. Keith was then given the role Claude for his stage debut. His debut on television was on an episode of Bonanza entitled “Bushwhacked!” aired on October 3, 1971.

In 1972, he was in the television series Kung Fu in flashbacks as a younger version of David Carradine’s character Kwai Chang Caine. In 1975, Keith won a Golden Globe and an Academy Award for his performance in Robert Altman’s Nashville. Along with Nashville, he has also played in Robert Altman’s McCabe and Mrs. Miller (1971) and Thieves Like Us (1974).

Meanwhile, in 1980, he was in The Long Riders, a western film where he starred as one of the three Younger brothers alongside his brothers David and Robert. Keith had a brief appearance on the 1994 film Mrs. Parker and the Vicious Circle as actor Will Rogers. He also plays Will Rogers in The Will Rogers Follies, an award-winning musical in 1991. Keith played Buffalo Bill Cody in the western film Wild Bill in 1995, a film about the lawman Wild Bill Hickock. Keith would play as Wild Bill Hickock in the HBO series Deadwood in 2004.

While performing in “Hair”, Carradine met actress Shelley Plimpton. At the time, she was married but separated to actor Stephen Curry. The two became involved romantically. Carradine returned to California after he left the production of “Hair”. There, he learned that Plimpton had reunited with Curry and that she was pregnant. He only met his daughter, Martha Plimpton, by the time she was four years old. At this point, Plimpton and Curry had separated. Carradine spoke highly of Plimpton, praising her for raising the young Martha well without him. Carradine said that she had known that he was young and terrified, and waited until he was ready to be welcomed into young Martha’s life.

On February 6, 1982, Carradine married Sandra Will. By 1993, they were separated and by 1999, Will filed for divorce. Before they separated, they had two children: Cade Richmond Carradine and Sorel Johannah Carradine.

After their divorce, Will hired Anthony Pellicano to tap Carradine’s telephone. Will and Pellicano soon became romantically involved. Will hired Pellicano to record calls between Carradine and Hayley Leslie DuMond, his girlfriend. The wiretapping was done upon request of DuMond’s parents as well. Will pleaded guilty to two counts of perjury in 2006 for lying to a grand jury regarding the wiretapping. Will and Pellicano were both sued in a civil lawsuit by Carradine. The suit was settled in 2013 and never went to trial.

Carradine met Hayley Leslie Dumond in 1997 when they were both in the Burt Reynolds film “The Hunter’s Moon”. The two married in Turin, Italy on November 18, 2006. Carradine announced that he had a 7-week old son named Sean David on February 1, 2019.

Keith Carradine currently has a net worth of $10 million.